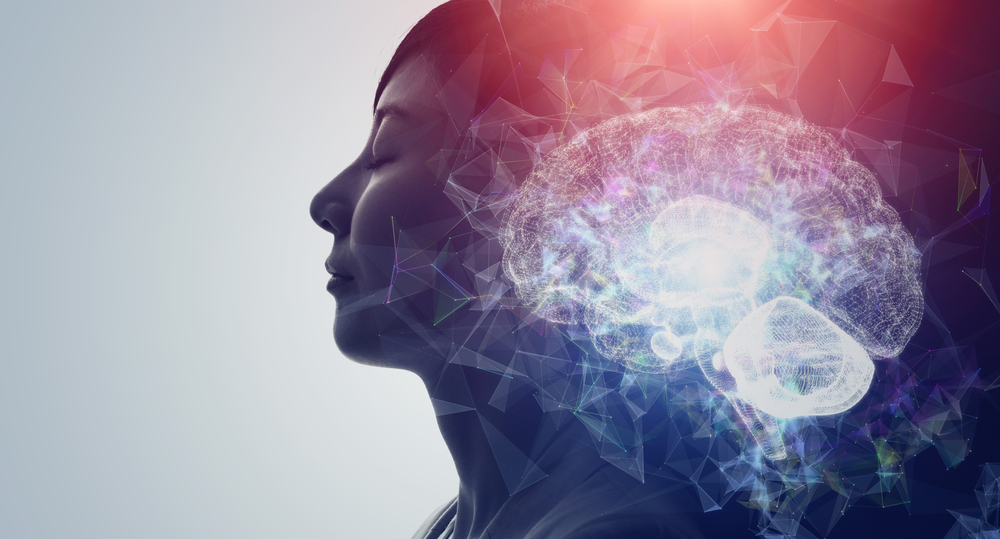 How ‘The Most Dangerous Opioid’ Works on Your Brain

The United States has been in the midst of an opioid crisis for over two decades with the pandemic only aggravating an already looming problem.

With words such as fentanyl, morphine, heroin, and opioids constantly being thrown around in the media, we can become fearful of these drugs that were once made and used to help us.

Fentanyl: A Controversial and Dangerous Opioid

Out of all the opioids available as a prescription, the most powerful, and controversial, drug is fentanyl.

Since the 1990s the United States has seen increasing waves of opioid abuse. The first wave hit in the ’90s, driven by prescription opioids, the second wave was driven by illicit heroin in 2010, and the third wave, starting from 2013, is from illicit synthetic opioids, including fentanyl and tramadol.

Fentanyl is 50 to 100 times more potent than morphine. Given that a mere 2 mg of fentanyl is enough to kill, it has routinely been mentioned in the media as the most dangerous opioid.

Recent studies showed that fentanyl directly acts on receptors in the brain and can cause respiratory depression even before a patient shows any signs of sedation.

Since 2016, the National Institute of Drug Abuse found that overdose deaths involving heroin have trended down, while overdoses primarily from fentanyl increased by six-fold from 2015 to 2020.

Fentanyl is now involved in the majority of overdose deaths in the United States.

However, clinicians have highlighted that there are major differences between pharmaceutical fentanyl and illicit fentanyl, and it is important to differentiate between these labels and their uses.

Health activists have bemoaned that the labelling of all fentanyl as dangerous may lead to tighter control for pharmaceutical fentanyl, while missing the central point that illicit fentanyl is driving the growing overdose deaths.

Pharmaceutical fentanyl and its analogues are prescribed for severe pain after surgery and for cancer pain and are very effective at what they do.

Fentanyl prescription is tightly regulated and monitored by patients’ doctors. Though abuse and dependency are present among patients, as most patients have built a tolerance to opioids, risks of overdose from prescribed fentanyl are quite low.

In contrast, illicit fentanyl and its analogues are manufactured in clandestine factories. They have a higher risk of abuse and overdose. Reports show that the vast majority of illicit fentanyl is made overseas, with most exported from China (pdf).

Illegal fentanyl and its analogues can be sold solely as illicit fentanyl on the black market.

However, more often than not, illicit fentanyl is mixed into heroin, cocaine, and other recreational drugs to increase the drug effects and reduce production costs, or mixed into non-opioid or opioid prescription drugs and sold as counterfeit pharmaceuticals.

The CDC stated that most fentanyl-related overdose deaths are linked to illicit fentanyl, particularly that which has been mixed into other recreational drugs or counterfeit prescriptions.

Illicit fentanyl has varying purities and potencies, therefore varying risks. The Drug Enforcement Agency has found counterfeit pills ranging from 0.02 to 5.1 milligrams (more than twice the lethal dose) of fentanyl per tablet.

Since consumers of contaminated heroin or prescription drugs are often unaware that their products have been cut with illicit fentanyl and its analogues, they are at a higher risk of overdose and death.

Some of fentanyl’s analogues can be even more potent and long-lasting than actual fentanyl. Since the ’90s, fentanyl has been illegally manipulated to synthesize fentanyl variations that are more potent and dangerous than its predecessor.

Some examples of fentanyl analogues are remifentanil, 3-methylfentanyl, alfentanil, butyrfentanyl, carfentanil, and sufentanil.

Carfentanil is 100 times more potent. According to the CDC, carfentanil was involved in an overdose outbreak in Florida during 2016 to 2017.

Despite the alarming statistics, pharmacists have highlighted that the current statistics may still underrepresent fentanyl-involved and fentanyl-caused deaths.

They argued that overdose deaths are often misidentified as heroin overdoses or pinned to other prescription opioids present in the body at the time rather than an overdose from illicit fentanyl. Sometimes the fentanyl analogues such as sufentanil and alfentanil are metabolized into the same product in the body, making it is impossible for forensics to determine the exact drug behind the overdose.

What Are Opioids and How Do They Work?

There are two major groups: opiates and opioids.

In scientific literature, opiates are defined as drugs made from opium, an extraction from the poppy plant Papaver somniferum. This includes morphine and codeine.

Opioids, however, are synthetic or semisynthetic compounds made in the laboratory. Most do not contain opium.

Opioids include heroin, an illicit semi-synthetic compound made from morphine, and fentanyl, which is fully synthetic.

Most opioids and opiates are classified as highly addictive and potent drugs that have analgesic and euphoric effects. However, their chemical structures, mechanisms of action, and routes of elimination from the body can be vastly different. In fact, fentanyl and morphine are completely unrelated compounds.

Nonetheless, they have all been classified into the same family of drugs called opioids, regardless of formulation, as all bind to the mu opioid receptor in the body as their primary target.

What are opioid receptors?

Opioid receptors are proteins located on the surface of nerve cells. When they are activated, they prevent neurons from releasing neurotransmitters and therefore inhibit pain.

Neurons detect pain. When an area is injured, neurons will carry a pain signal from the injured area to the spinal cord and then to the brain where the stimulus will get processed.

Mu opioid receptors and other receptors stop this message from being relayed to the brain.

Opioid receptors are activated in the body by endorphins, when we experience sudden pain or trauma, our body releases endorphins to dull the pain.

However, since opioids also trigger the release of dopamine, a chemical that is directly related to addictions and pleasure, opioids have a high risk of abuse.

Opioids are highly controlled. All prescription opioids are controlled drugs in the United States.

The first discovered opioid was morphine, a natural opiate derived from opium, and a commonly prescribed pain medicine.

Other common opioids include codeine, hydrocodone, and oxycodone. Apart from codeine which has 1/10 the potency of morphine, all the other listed opioids share similar potency (pdf).

Fentanyl, popularly known as the most dangerous opioid, is both a highly controlled pharmaceutical and a popular illicit drug.

Opioid Addiction and the Dangers

Opioids are powerful painkillers that are highly effective at treating moderate and severe acute and chronic pain but are also highly addictive and dangerous.

Studies show that in the long-term, continuous use changes our neurons and brain, making our bodies unable to function without them.

The CDC also stated that over 70 percent of overdose deaths in 2019 involved opioids.

How does prolonged opioid use cause addiction?

In the body we have our “natural opioids” called endorphins. Endorphins bind to mu opioid receptors to block pain and also trigger dopamine release to create a sense of relaxation and pleasure. However, endorphins can only act temporarily and therefore cannot prevent chronic pain. Therefore, people may turn to opioids to manage chronic pain symptoms instead.

Similar to endorphins, opioids also bind to mu opioid receptors to block pain and trigger the release of dopamine to create a sense of pleasure, albeit, a greater pleasure response. For people who have recovered from pain, the rush of dopamine can create a wave of euphoria, leading to addiction to opioid use.

Since prescription opioids fill the role of endorphins and trigger an even greater response than our own endorphins, the body will slowly reduce endorphin release to compensate.

This means that with prolonged opioid use, the body gradually loses the ability to regulate pain and pleasure.

The prolonged usage of opioids also introduces another problem.

Both opioids and endorphins control pain by blocking pain signals from a group of neurons. Though this suppression is effective in the short-term, under prolonged inhibition (opioid control), these neurons become increasingly resistant and will increase their sensitivity to pain.

What this means is that the person will become more sensitive to pain: a small prick that was once an itch would be enough to set forth a pain reaction. Recent studies have also validated that opioid addictions are linked with increased risks of chronic pain.

Usually, people who are dependent on opioids will seek out increasingly potent opioids as they build dependence. While this stifles the pain, it also puts the person at risk of overdose and death.

Opioids are drugs with a narrow therapeutic margin, meaning that there is a small difference between therapeutic and toxic doses. This is particularly true in the case of fentanyl and its derivatives where the differences are in micrograms to milligrams.

Since opioids relax and slow down breathing, a major cause of death in overdosed patients is suffocation from slowed or stopped breathing.

Opioids are widely acknowledged as one of the drugs that are the most difficult to quit as withdrawal symptoms are quite severe.

The more potent the opioid, the greater the risk of dependence and withdrawal.

In rare occasions, vomiting and diarrhea from withdrawal can lead to dehydration, putting individuals at greater risk of death from fatal overdoses. Vomiting can also lead to suffocation.

Given that opioids carry significant health risks when used continuously, and in the light of over 20 years of an opioid crisis, experts have been looking into alternatives to opioids for treating pain.

However, there has yet to be any drug developed that can match the effectiveness of opioids.

Acetaminophen, also known as Tylenol, reduces pain and fever. They are not anti-inflammatory, though.

Studies show that acetaminophen does not come with side effects commonly seen in NSAIDs, including stomach ulcers and bleeding. It does, however, deplete the body of the critical antioxidant glutathione and excessive acetaminophen use can damage the liver.

NSAIDs, including naproxen and ibuprofen, are staple analgesics.

They are a lot more effective at reducing acute pain and are often prescribed for pain associated with inflammation, including arthritis, fever, chronic pain, and so on.

However, emerging studies suggest that it may not be a good idea to use NSAIDs to control pain from inflammation. Inflammation is the body’s natural response to injury and sickness, by suppressing the natural immune response, NSAIDs can prevent the natural healing process and may lead to chronic pain.

Studies have shown that NSAIDs prescribed in arthritis have actually prevented bone regrowth, further debilitating the patient rather than curing the disease.

A 2021 Canadian study instead encouraged boosting inflammation to resolve the injury, and thereby prevent the pain from becoming permanent.

For severe pain, nerve blocks are also an option to suppress pain temporarily or permanently.

Physicians can inject nerves with drugs to temporarily stifle pain or for permanent fixes as patients can go through surgery to destroy the damaged nerve or nerve roots at the area of pain.

However, nerve blocks can lead to bleeding or infections at the area injection. These are not recommended for people who are experiencing an infection at the site of pain, as a nerve block may allow infections to go undetected.

The nerve block can sometimes also spread to other areas.

Though pain can be a disease in and of itself,  it generally indicates an underlying injury or illness, and physicians are recommended to differentiate between pain that is a sign of injury from that which is pathological in order to provide the most appropriate treatment.