How Seeing the Good in People Can Help Bridge Our Differences

When we witness acts of goodness, we’re more likely to see our common humanity
Health 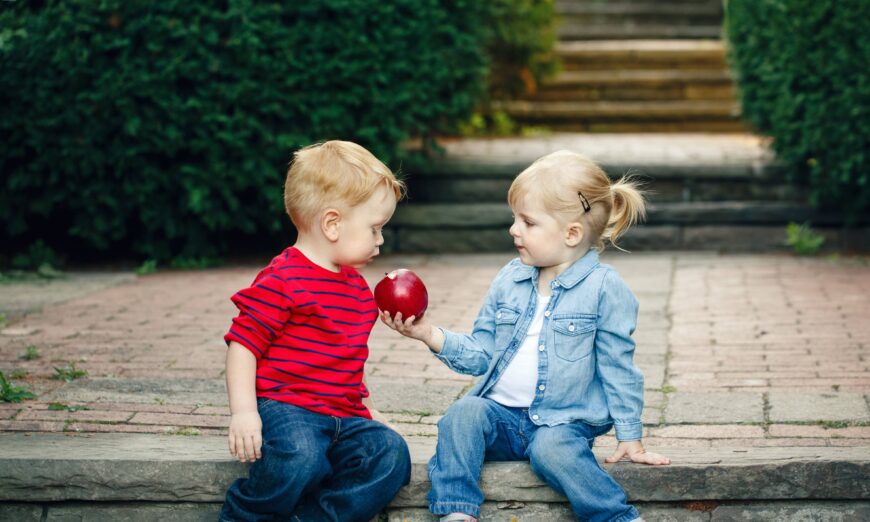 Seeing goodness affirms something about the world, and how we should act within it. (Anna Kraynova/Shutterstock)

What are the solutions? There are many, no doubt, but here’s one to consider: moral elevation. That’s the “warm, uplifting feeling that people experience when they see unexpected acts of human goodness, kindness, courage, or compassion,” according to psychologist Jonathan Haidt, now the Thomas Cooley Professor of Ethical Leadership at the NYU Stern School of Business.

Take, for example, the boy who raised more than 1 million dollars to help find a cure for his friend’s rare disease. We can also find inspiration in the mother who forgave her son’s murderers and promised to help them change their lives. Stories like these fill me with hope and an appreciation for what’s best in humankind.

Pioneering studies by Haidt and others find that moral elevation doesn’t just make you feel good. It actually encourages more compassion and generosity. In other words, it breaks down the barriers between people—something that Americans need right now. Stories of goodness have the capacity to touch us all, filling us with hope for humanity and the sense we can do better.

“When you’re experiencing moral elevation, you have a desire to help people and be a better person in the moral realm,” said Jason Siegel, a researcher at Claremont Graduate University. “There’s an inclination to not only engage in prosocial behavior but to engage in behavior that has a moral component to it.”

1. Moral elevation increases our sense of common humanity—and may decrease bias toward out-groups.

When people are prompted with stories of moral exemplars—people engaged in morally excellent behavior—their bias toward out-groups can go down. One study showed that people who experienced moral elevation after witnessing exemplars in action decreased their belief in a social hierarchy—where some groups are better than others—leading them to be more willing to donate to charities benefitting other social groups.

Interestingly, some research suggests this effect may extend beyond the groups specifically represented in a moral story. In one recent study, participants watched brief video clips that elicited either moral elevation, humor, or neither. Elevation videos included a man giving “free hugs” to people on the street or musicians from all over the world simultaneously playing the same song, while humor videos involved comedy troupes either walking an “invisible dog” down the street or reenacting Ghostbusters in a public library. (The “neither” video just featured a nature scene.)

Afterward, participants filled out questionnaires about their emotions and sense of common humanity and participated in a test of implicit bias toward different groups of people. While positive emotions were high for both inspiring and funny videos, only the inspiring videos increased participants’ feelings of common humanity and human goodness—and decreased their bias toward out-groups, even though the videos weren’t focused on moral exemplars from those particular groups.

According to Siegel, “People tend to have a more favorable view of humanity and to think better of people when they experience elevation”—an observation that a review of the research on elevation supports.

2. Moral elevation induces us to want to help others.

Experiencing moral elevation seems to inspire us to embrace moral attitudes and engage in moral behavior. Many studies have found that when we feel uplifted, we want to contribute to the greater good and will act with more benevolence.

But there are some important caveats.

For one, the degree to which we feel morally uplifted may depend on the nature of the recipient of a virtuous act and effort involved in moral action. In general, people feel higher levels of moral elevation when they witness an act in which the recipient seems to be a “good person” and “deserving” and when the act itself takes a lot of effort.

The outcome of the act can also affect elevation. One recent study found that when participants witnessed a moral action that inadvertently resulted in a “bad” outcome—such as seeing someone giving a generous tip to a waitress who couldn’t afford Christmas presents for her children, then learning she used the money to buy herself clothes instead—they felt diminished moral elevation and were less willing to give to others. Still, when they witnessed a more uncommon act of goodness—like parents forgiving the murderer of their child—they were still inspired to give themselves, whether or not the outcome was good.

Though these caveats matter, they don’t make a strong case against moral elevation, says Siegel. He has found that, when people feel elevation, they are more likely to want to become organ donors and to give to morally relevant charities—even more so than people induced to feel other positive emotions, like gratitude. This finding mirrors the research of Haidt and Sara Algoe, who found that elevation leads to more kind and helpful behavior than gratitude or admiration.

“You’re more discerning about the morality of what you are doing when you’re in a state of elevation, compared to other positive emotions,” says Siegel.

3. People who can tap into feelings of moral elevation more intensely may have a stronger moral identity.

There is some evidence that people who experience moral elevation more intensely have a greater sense of moral identity and will be more likely to act in kind and helpful ways.

One study found that when people had a tendency toward experiencing moral beauty frequently—what the researchers called “trait moral elevation”—they had a stronger internalized sense of moral identity 17 months later than those who didn’t. Though the authors didn’t test whether this led to greater moral behavior, some research suggests that having a strong moral identity is an important precursor for moral action.

This suggests to me that we all could benefit from actively pursuing experiences of moral elevation by seeking out (and sharing) stories of goodness that inspire us to be our best selves. Not only would that make us feel good, it would likely increase our sense of connection and generosity toward fellow Americans of all backgrounds, helping to bridge divides. And, given the current state of our politics, there may be nothing more important than finding ways to embrace our common humanity.

Jill Suttie holds a doctorate in psychology. She is Greater Good’s book review editor and a frequent contributor to the magazine. This article was originally published on the Greater Good Magazine online.