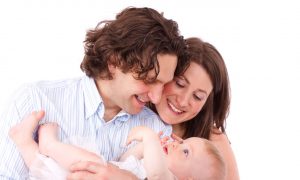 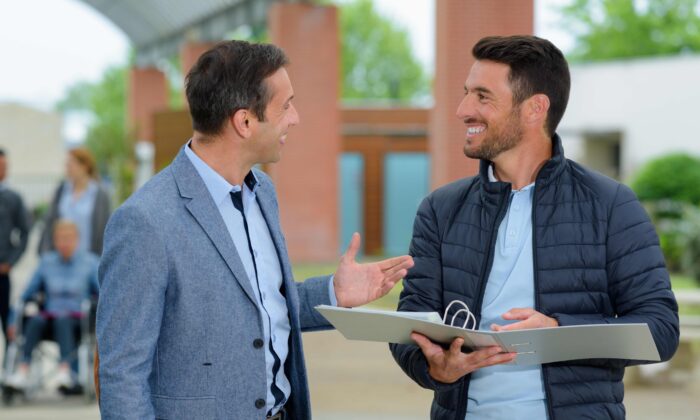 Some people have a greater ability to imagine their own ignorance. And this awareness of their shortcomings helps them get along better with others. (ALPA PROD/Shutterstock)
Mind & Body

How Humility Can Help Us Bridge Our Political Divides

With so much political division, we may need to practice more modesty to communicate and cooperate
By Jill Suttie
biggersmaller
Print

This is especially worrying considering how many issues require cooperation, trust, and solutions a diverse citizenry can get behind. How can we find a way across our divide and come together for common cause?

At Greater Good, we’ve been studying and writing about various ways to bridge divides, putting together tools to help people connect. But there may be one key character trait that’s necessary for applying those tools in a constructive way: humility.

“Humility is a kind of a master virtue that can pull along other virtues if people develop it,” says humility researcher Everett Worthington.

Humility, as Worthington defines it, is multifaceted, involving an awareness of our personal strengths and weaknesses, as well as a willingness to acknowledge those weaknesses while working to improve upon them. It requires presenting ourselves in modest ways, while caring about the well-being of those around us.

A growing body of research shows that being humble may be useful in bridging political differences. That’s because humility helps people let go of defensiveness, take in information that challenges their political views, and see the humanity in people on the other side of the political spectrum. Though it’s not always easy to embrace—especially for those who wrongfully equate it with weakness or a lack of conviction—humility may be what we desperately need right now in the United States.

Why We Should All Be More Humble

Considering the research on perception, it’s pretty clear that, when it comes to understanding others, we all have weaknesses that could use improving.

Research suggests we are not always very good at understanding what another person is thinking or feeling, even when trying to “put ourselves in their shoes.” Often, we are better off simply asking people about their experience and being open to listening than trying to second-guess anyone.

Cognitive biases may be partly to blame. For example, the fundamental attribution error—attributing others’ actions to their fixed character traits rather than considering what outside forces contributed to their behavior—can make us misjudge others or believe they “get what they deserve.” This can explain why we label a colleague who falls behind at work “lazy” or “incompetent,” instead of realizing they may be managing difficult issues at home or have too many assignments—or why, when we see people fail to evacuate during a disaster, we call them “stubborn,” even though they didn’t have the means to escape to safer ground.

Our brains often trick us into seeing only what we already believe, too. For example, one study showed that people assigned to watch a demonstration reported different levels of protester violence depending on whether they agreed with the cause being protested. They literally could not see the same events in the same way.

Research has found that people often mistake how large differences are between people without noticing their commonalities. For example, people in different political parties tend to misjudge how far apart they are in terms of their beliefs and hopes for the country. This can create a lot of antipathy, which makes it hard to come together.

As a new book, “Perception,” explains, many unconscious factors affect how we feel, think, and make decisions, including our personal energy levels, physical abilities, moods, the company we keep, and more. That means we can’t always trust ourselves to see others (or even the world around us) clearly. Seeing our limitations is a good first step in recognizing the need for humility.

It makes sense that knowing we don’t own the corner on truth could help us bridge our differences, lessening our intolerance for diverse opinions and antipathy toward people on the “other side.” And scientific evidence bears this out.

In a study conducted by Elizabeth Krumrei-Mancuso and Brian Newman, participants noted their political affiliation and filled out a questionnaire measuring their intellectual humility around sociopolitical situations (recognizing their limited knowledge around issues such as immigration and gun control). Then, they reported how warmly they felt toward Republicans, Democrats, Christians, and Muslims. Those who had higher levels of humility reported feeling warmer toward those who were politically or religiously different from themselves, regardless of political affiliation or religion.

“People that have more humility treat people that disagree with them in better ways and have less animosity toward them,” says Newman.

Why would that be? Newman believes humble people are more likely to think an opponent could know something they don’t know or have experienced something they haven’t experienced. People with less humility, he adds, would consider people who disagree with them to be suspect, unintelligent, or morally deficient—not endearing qualities.

“How I see the infallibility of my own position (and, by implication, an opposing position) determines how willing I am to demonize people that are on the other side,” says Newman.

In a second part of their study, Newman and Krumrei-Mancuso had half of the participants fill out a questionnaire that measured their intellectual humility around the topic of immigration and crime (priming them to consider the limits of their knowledge). Participants were instructed that they would be asked about people who had legally immigrated to the United States.  Then, all participants were asked how much they agreed with the statement, “In general, immigrants are more likely to commit crimes than those born in the U.S.”

Then, after getting factual information about the topic, half of the people in both the primed and unprimed groups were told they’d be writing an argument for or against the statement about immigrants and crime. The researchers told the other halves of both groups to defend their current position, so they could focus more on evidence that supported it.

Once participants read the information (which explained that, while there is some disagreement among experts, most evidence shows immigrants do not commit more crimes), participants again reported on how much they agreed with the statement. Those who were high in humility and primed to think about it were willing to reconsider the strength of their position when presented with the facts.

These findings mirror those of Tenelle Porter and her colleagues, who also found a connection between having more intellectual humility and being open to opposing views. In that study, believing in a “growth mindset” around intelligence—that people aren’t naturally intelligent, but can grow in learning through trial and error—was what led to increased intellectual humility, suggesting that adapting a growth mindset could indirectly affect how accepting we are of other views.

According to psychologist Joshua Hook, humility can help bridge differences even when people have strong convictions around their beliefs. In one study, he and his colleagues measured intellectual humility in religious leaders and found that those with higher levels of humility had much more tolerance for religious differences in others than those without humility—regardless of how religious they were or whether they reported being politically conservative or liberal.

“If you have an awareness of the limitations of your own beliefs and how they came to you, maybe you are more in tune with the idea that you don’t have the corner on the truth,” says Hook.

Even though you might expect that religious leaders surrounded by family and friends of varying faiths would be more tolerant of diverse religions, Hook’s findings didn’t support that. Instead, having more religious diversity in one’s social group only led to more tolerance if someone was also high in intellectual humility.

“It depends on whether or not someone is open for their interactions with people who are different from them that leads to religious tolerance or not,” he says.

How to Cultivate Humility in Ourselves

If that’s true, maybe we need to find ways to increase humility in ourselves and in others. Though the research on how to induce humble states in ourselves is young, there is some evidence that it can be done.

Worthington and his team have developed a do-it-yourself workbook to teach humility that has shown promise. Through various exercises offered in the workbook, people can learn more about what humility is and isn’t, use self-reflections and inspirational stories to examine humility in themselves, and engage in practicing humility in their own lives, among other lessons.

The workbook has been tested in randomized controlled trials, along with other workbooks designed to teach forgiveness, patience, or self-control, or to improve mood. In one study, people who completed the humility workbook were found not only to be humbler according to their own report but also scored higher in forgiveness and patience—and they had fewer negative moods.

Unfortunately, Worthington had to suspend a large-scale study of humility and civility when COVID-19 hit. However, he’s hopeful that teaching humility could improve political dialogue, as other research has shown that it improves interpersonal interactions in other situations.

Of course, political conversations may be harder to keep civil than other conversations, where there may be more goodwill present. Still, at least one recent study showed that when people are seen as having more intellectual humility, they may help foster better conversations with people who disagree with them on politically charged subjects such as the death penalty, affirmative action, physician-assisted suicide, and genetically modified food.

Worthington says there are good reasons to expect more politically humble people to have civil conversations and so bridge divides—even if they are the only ones being humble in a conversation or even if they have very firm convictions. That’s because people who are more humble don’t need to denigrate others’ arguments or denigrate them as people, which helps reduce defensiveness and opens up the possibility of better engagement with one another.

“Anybody who’s doing their best to be respectful is going to end up having a more positive interaction than someone calling each other names or being verbally aggressive,” he says. “The more politically humble people are able, the more able they are to have civil conversations about political differences, even if they disagree.”