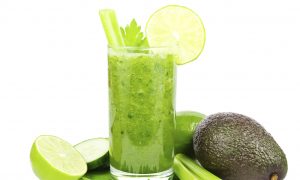 How Genetics Affects the Risk of Prostate Cancer

It has been said that blood is our destiny, that bad hens have bad eggs, and the like. Each year studies show that genetics plays a huge role in whether we develop malignancy. But how big a role does genetics play in prostate cancer?

Now a worldwide study reports a major breakthrough, showing that some males seem to be genetically predisposed to this baffling cancer.

Earlier studies reported 5 to 10 percent of prostate cancers were due to genetics. For example, a man with one close relative, such as a father or brother, with prostate cancer is twice as likely to develop this malignancy as a man with no family history of the disease. But if two close relatives are affected, the risk of developing this cancer is increased five times.

Other research at the Memorial Sloan-Kettering Center in New York suggests that men with mutations in the gene BRCA2 show an increased risk of prostate cancer.

Recently, in an intensive international trial, Danish researchers from Rigshospitalet and others discovered congenital defects that predispose to prostate malignancy.

This research involved 31 research groups from all over the world and included 25,000 males with prostate cancer. What was shocking was the finding that 72 congenital genetic defects predispose to prostate cancer.

Dr. Andrea Roder, a physician at the Copenhagen Prostate Cancer Center at Rigshospitalet, said, “With this study, we believe to have clarified about 30 percent of the heredity in prostate cancer.”

It is believed that this study will help target early discovery of prostate cancer in the future by identifying patients who require early treatment.

I hope this is the case, as prostate cancer continues to be one of the most perplexing malignancies for men faced with this diagnosis. There is always one big question to answer: Is it better to continue with the devil you know or the one you don’t know?

The great trouble in trying to answer this question is similar to asking, “How many angels can dance on the head of a pin?”

So what makes this decision so difficult? In some cases, developing prostate cancer is like getting gray hair. Autopsies show that by age 70, about 50 percent of men have microscopic cancer in the gland. It’s often as tame as a pussycat, a slow- growing malignancy that may take 15 years to cause death. In the meantime, death may occur for many other reasons.

The late D. Willet Whitmore, a world authority on prostate cancer, once remarked, “Growing older is invariably fatal, cancer of the prostate only sometimes.”

But the dilemma is that prostate malignancy, although normally a pussycat, can also be a raging tiger that kills quickly. And trying to determine which one is present is easier said than done.

Even the PSA test to diagnose prostate cancer has been questioned. In 2011, a panel of U.S. experts reported that healthy men should say no to the test. To those favoring the test, this advice is like damning motherhood and apple pie. They claim the test saves lives.

But how many lives does it save? For instance, the prestigious New England Journal of Medicine reported a European study that followed 162,000 men for 10 years. Of those who had the test, 363 died. But of those not given the test, 261 still died. A difference of 102 deaths out of 162,000 men isn’t terribly impressive.

But even if the test saves lives, it can also result in severe complications from surgery or other treatments. Being a medical journalist, I receive considerable feedback from readers. Many have said, “If I had known I’d end up in diapers or impotent, I would not have agreed to the surgery.”

Unfortunately, one still needs the wisdom of Solomon to know how best to treat prostate cancer. Hopefully this new genetic research will be able to predict which malignancies require early treatment and which ones are better left to the devil you know.