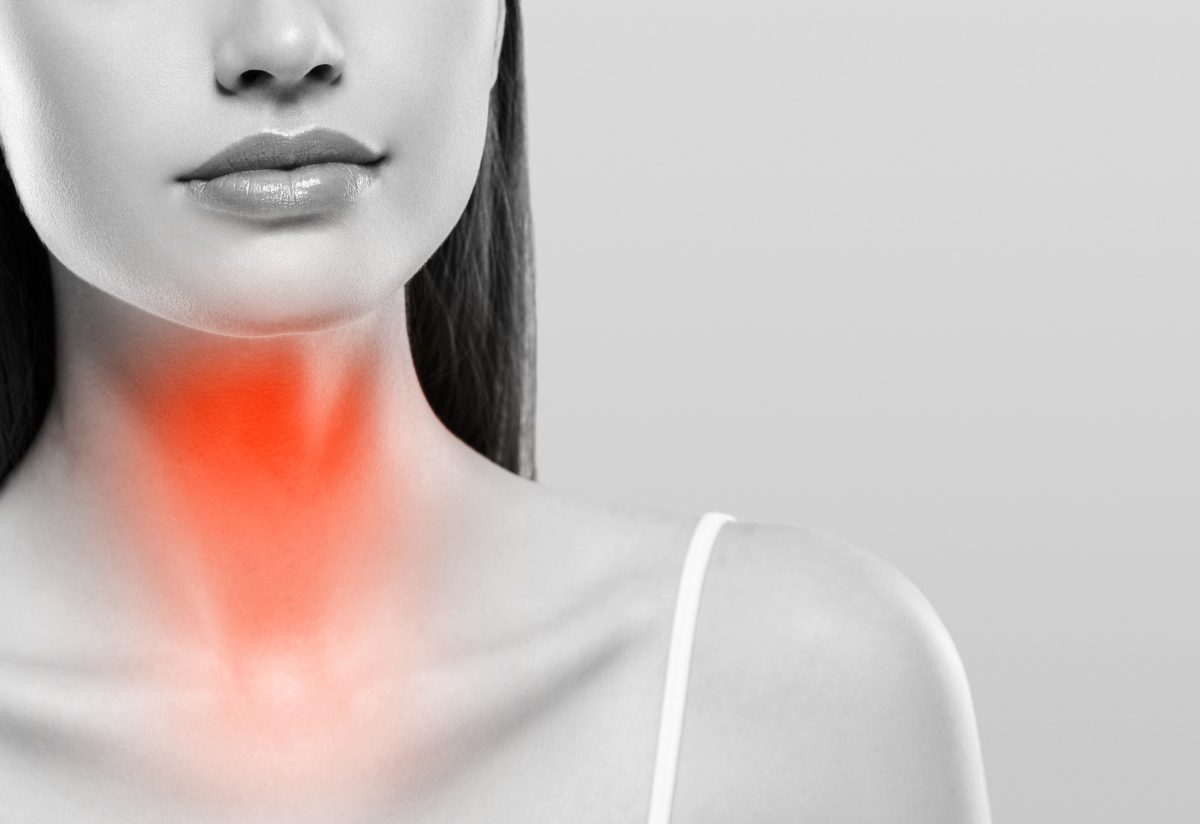 How Food Can Improve or Worsen Your Thyroid Function

With all the conflicting information out there pertaining to your thyroid, especially regarding what to eat and what to stay away from, it may be confusing. And when trying to ferret out the facts from most conventional health practitioners, the contradictions can get frustrating.

You might hear, “Stay away from cruciferous vegetables because they might prevent your system from absorbing iodine,” or, “Don’t drink coffee because it could block your thyroid hormone replacement medication.”

Every cell of your body uses thyroid hormones; they balance your metabolism.

One important thing to know about your thyroid is how central it is to your overall health, so ensuring it’s operating properly is critical. Just as importantly, hypothyroidism is often manageable via your diet.

What’s Your Thyroid For?

The butterfly-shaped thyroid gland straddling your windpipe, right under your larynx, is the “mainframe” that regulates your metabolism, controls virtually every function of your body and interacts with all the other hormones, from your insulin to your sex hormones.

Thyroid cells are the only cells in your body that can absorb iodine. Your thyroid gland takes iodine from foods — the only way iodine can be obtained — combines it with an amino acid called tyrosine and converts it to three types of hormones: triiodothyronine (T3), thyroxine (T4) and diiodothyronine (T2).

50 Best Foods to Eat for an Underactive Thyroid

T3 and T4 are then released into your bloodstream for transport throughout your body, where oxygen and calories convert them to energy. Every cell of your body uses thyroid hormones, so thyroid-related symptoms can vary.

How Thyroid Issues Are Diagnosed: Symptoms, Tests and Complications

There are two main disorders related to the thyroid gland. Hypothyroidism, when your thyroid gland doesn’t produce enough thyroid hormone, is the most common, and often linked to iodine deficiency. Symptoms include:

Overactive thyroid, or hyperthyroidism, often called Graves’ Disease, is sometimes described as your body attacking its own thyroid. In some instances, its most common symptoms are opposites of those caused by underactive thyroid:

Several tests to get to the bottom of a thyroid imbalance include thyroid antibody, basal body temperature or TSH (thyroid-stimulating hormone) testing. However, laboratory testing for thyroid issues is sometimes problematic.

As many as 80 percent of people with hypothyroidism fail to register as such with standard testing. According to The George Mateljan Foundation, a non-profit foundation that shares scientifically proven information about the benefits of healthy eating:

“Most physicians use outdated reference ranges when testing thyroid function. Also, studies have demonstrated that standard thyroid tests do not correlate well with tissue thyroid levels, which causes inaccurate diagnoses.

Most physicians and endocrinologists believe TSH is the best indicator of the thyroid function of an individual. However, someone can suffer from a significantly slow thyroid despite having a normal TSH, free T3 and free T4.

Some will test for T3. People can also have low T3 and show normal T4 and normal TSH. Many practitioners do not realize that this indicates a selenium or zinc deficiency, rather than a problem with the thyroid.“

Naturopaths and doctors with a more holistic approach tend to understand the importance of examining a patient’s symptoms in combination with the tests.

Main Minerals: Why Iodine, Selenium Are Important for Your Thyroid

Iodine is directly involved in the development of your skeleton, brain and other crucial parts of your body. According to Organic Lifestyle magazine:

“Iodine is a trace mineral found primarily in seafood, seaweed, plants grown in iodine-rich soil, unrefined sea salt and iodized table salt. Many people do not get enough iodine, and contrary to popular belief, this includes many people in developed countries.

Iodine from iodized salt is poorly absorbed and is not a healthy choice for raising iodine levels in the diet. Refined table salt contributes to a host of health problems. Iodine is absolutely necessary for thyroid function, but too much iodine (especially iodine outside of food) can impair thyroid function as well.”

It’s hard to overstate how important iodine is to prevent disorders such as thyroid disease and fibromyalgia. In the case of cancer, iodine induces apoptosis, meaning it causes cancer cells to self destruct.

Tyrosine is an amino acid involved in nearly every protein in your body. It’s an essential part of the production of several brain chemicals, such as neurotransmitters and dopamine, regulating hormones such as the thyroid, and even affecting your mood.

A few of the foods containing tyrosine, such as wheat and soybeans, are not healthy, especially for people with hypothyroidism. However, several good sources include almonds, bananas, wild-caught Alaskan salmon, organic free-range poultry, avocados, pumpkin seeds and organic, free-range eggs.

You’ve heard it since you were a kid: eat your vegetables. For people with hypothyroidism whose doctors have advised them against eating cruciferous vegetables, it must come as a surprise to learn that ingesting radishes, cabbage, broccoli and kale can improve your thyroid function because they boost your glutathione levels.

In the 1950s, scientists examined foods with the possibility that, rather than playing a nutritive role, some might actually pose a negative risk, particularly in regard to the thyroid.

These they called goitrogenic foods, potentially causing a swelling in the neck called a goiter. Glucosinolates in cruciferous vegetables were implicated as a likely culprit. However, studies to that effect are scarce, as one article explains:

Additionally, deiodinase enzymes, central to the production of thyroid hormones, were discovered. Scientists have since modified their theory about cruciferous vegetables. Instead, the focus is connecting people with the nutrients needed for their individual, optimal thyroid function. According to the George Mateljan Foundation:

“Over the past 50 years … researchers have determined that there are no such ‘negative’ substances in food, but only health-supportive nutrients that are not a good match for certain individuals because of their unique health history and health status. Five decades of research have also determined that certain nutrients — like tyrosine, iodine, and selenium — play a unique role in thyroid health.”

When examining your own nutritional needs, remember that small amounts are best, as too much of some foods, especially cruciferous vegetables, can prevent your body from absorbing iodine and otherwise hinder optimal thyroid function.

Other Foods for People With Underactive Thyroid

There are many more ways to expand the culinary options for those with hypothyroidism, particularly plant-based foods with plenty of antioxidants and electrolytes, such as sodium and potassium, including these (keep in mind that most fruits should be eaten sparingly by most people due to high fructose content):

Another nutrient good for your thyroid is niacin. A few of the foods with this nutrient not already listed include lamb and turkey.

If you’re wondering about the foods that might bring thyroid troubles to your door, the worst ones have one thing in common: They’re not real. As noted by Mind Body Green:

In particular, the following, which are often found in processed foods, might be problematic. First and foremost:

Good nutrition goes a long way toward helping to manage and even reverse the symptoms of hypothyroidism. As always, it’s best to obtain your nutrition from foods rather than resorting to supplements, if possible.