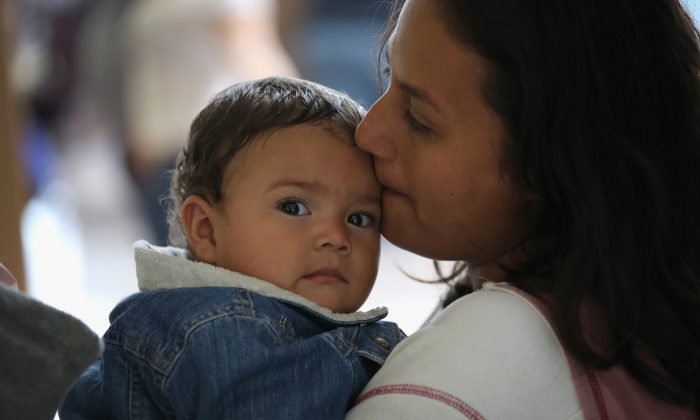 How Faith Eases Postpartum Depression for Moms of Color

By University at Buffalo

“There is nothing ambiguous about it,” says Robert Keefe, associate professor in the School of Social Work at the University at Buffalo. “Church, religion, and spirituality really matter when it comes to treating mothers of color with PPD symptoms.”

A new paper, published in the journal Mental Health, Religion & Culture, suggests an ongoing need for research and best practices that focus on working with nontraditional providers and how their services can be reimbursable under the Affordable Care Act (ACA).

It can be as simple as offering a ride, suggesting stores that offer credit, or finding housing possibilities, things that traditional providers might not be aware of.

“Section 10212 of the ACA focuses on allowing the states to reimburse services provided by faith-based and other nontraditional organizations in collaboration with traditional health-care providers. The mechanism for how states will reimbursed the care hasn’t been developed, so we’re not sure how those nontraditional services will be reimbursed,” Keefe says.

“What we do know is that many new mothers of color have their faith communities to help them in relieving PPD, so we’re hopeful that we can help health-care providers and faith-based organizations to work collaboratively to assist new mothers with PPD.”

Roughly 12 percent of new mothers in the general population are diagnosed with PPD, but for mothers of color the figure rises to about 38 percent. Compounding the more than three-fold difference is that women of color are less apt to use formal services and also feel less comfortable in their interactions with formal service providers.

“What we have found in our research in general is the mothers’ interactions with providers are more guarded when it comes to disclosing personal information about PPD. As a result, these mothers don’t feel they’re getting much from the services and have concerns whether traditional providers are sensitive to their needs,” Keefe says. “It’s no wonder we have higher rates of PPD and no wonder why we have worse treatment outcomes.”

The current study emerged from previous research on the ineffectiveness of formal interventions for PPD management in mothers of color.

“When we began this study, we didn’t anticipate that we would find so many mothers reporting how faith-based services were helpful to them,” Keefe says. “These mothers tell us they get so much relief by going to church, and by participating in various faith-based or spiritual practices.”

Spirituality and Religion May Protect Against Major Depression

The researchers interviewed 30 participants who had experienced PPD symptoms. All but three spoke of their faith definitely helping to overcoming the symptoms they were facing—and the others spoke of a need to start going to church.

“As we began the interviews and began to hear the stories of faith and church we started talking with various pastors to ask, ‘What do you make of this?'” Keefe says.

Ministers said their churches provide structure through a formalized approach to their operations.  In fact, many of the mothers talked about the difficulty they had structuring their lives because they have so many other things going on.

They hit a low point, but going to church, and engaging in prayer, meditation, and listening to sermons or reading the church website, helped them to get going.

“Some of the women talked of not wanting to wake up, but realized the church mattered and that they mattered as part of the church,” Keefe says. “They hit a low point, but going to church, and engaging in prayer, meditation, and listening to sermons or reading the church website, helped them to get going.

There’s a sense of community with churches and a willingness to pull people together that’s so valuable, according to Keefe.  It can be as simple as offering a ride, suggesting stores that offer credit, or finding housing possibilities, things that traditional providers might not be aware of.

It’s an environment where people get what they need, but one that also allows them to give something back as well. “Sharing a social network has a lot of intrinsic reward.”