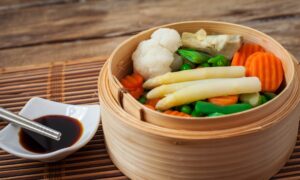 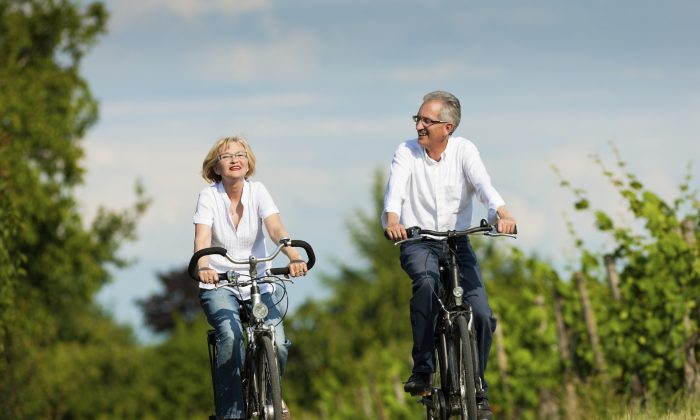 How Exercise Keeps You Younger

The decline in brain and body function with aging is caused more by inactivity than it is just by aging. A new study of 85 male and 41 female fit amateur cyclists, aged 55 to 79, found that most of them were physically much younger than most people of the same age. All rode their bikes for recreation and none were serious competitive athletes. The men had to be able to ride a metric century (62 miles)averaging only 10 miles per hour, and the women 60 kilometers (37 miles), averaging a slow 6.7 miles per hour.

The single best test that correlates with aging is called V02max, the maximal amount of oxygen that a person can take in and use during a given time period. Many population studies show that VO2max drops significantly with aging. In this group of older bicyclists, VO2max was just a little lower than the results in the younger ones.

Incredibly, the older cyclists had test results similar to younger cyclists for lung power and exercise capacity; and even more incredibly, the memory of the older cyclists was just as good as the memory of the younger cyclists. This confirms many other studies that show that a high level of regular exercise prevents your brain from deteriorating. Several thousand years ago, the Romans knew that when they greeted each other with “Mens sana in corpore sano” (a healthy mind in a healthy body).

By studying only older men and women who are very active and ride bicycles most days, the authors were able to select a group of older people who are not like the general population in England. Thus this study shows that older people who exercise regularly have bodies and minds that are similar to those of much younger people. The conclusion is that the rapid decline in mind and body with aging is caused far more by inactivity than by aging.

The oldest cyclists were stronger than non-exercisers, but they had much smaller and weaker muscles than cyclists in their 50s and early 60s. This shows that aging makes you weaker, no matter how much you exercise. However, other studies show that while you lose strength rapidly with aging, you lose endurance and recovery time from intense exercise far more slowly.

What You Should Learn from This Study and Others Like It

If you want to be able to run, cycle or walk long distances fast as you grow older, you should try to exercise every day and try to go a little faster on some days. The majority of older people have chosen to be frail, weak and uncoordinated because of their lifestyles, not their ages.

• If you have never exercised, start now.
• If you exercise regularly, continue to do so.
• Find an exercise in which you can keep moving almost every day: dancing, walking, various exercise machines, cycling, skiing, and so forth.
• Those who choose to ride a bicycle should worry more about being hit by a car than about the disabilities associated with aging.
• In our modern societies, people are living longer and often spend many years suffering terrible disabilities of both mind and body. Most North Americans over 70 cannot walk fast. One in eight people over 70, and one in two over 85, suffer from dementia. Exercise helps to slow damage to your mind and body associated with aging.
• Lack of exercise is associated with increased risk for overweight, diabetes, heart attacks, strokes, many different cancers, and premature death.