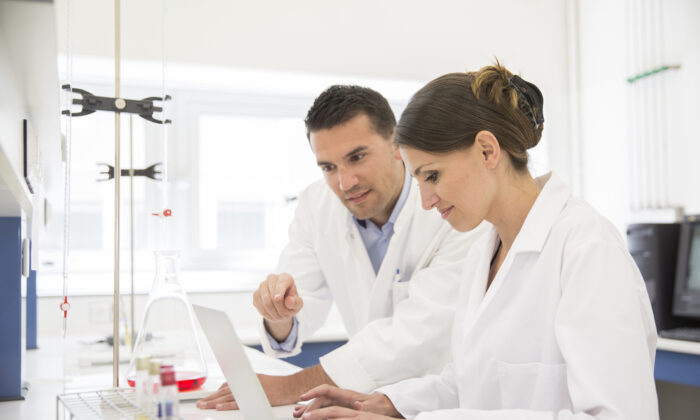 When new drugs are introduced, there are always guidelines for prescribing, and taking them. The Center's for Disease Control is the Federal Agency responsible for them. (Shutterstock)
News & Discoveries

How Does the CDC Develop Its Guidelines? a New Report Sheds Some Light

The CDC use a series of steps and checklists to develop its guidelines. The agency recently published a document detailing the process.
By Naseem S. Miller

Naseem S. Miller
She joined The Journalist’s Resource in 2021 after working as a health reporter in newspapers and medical trade publications, covering a wide range of topics from correctional health care to clinical trials. She has an undergraduate degree in molecular and microbiology and a master’s degree in multimedia journalism. @NaseemMiller
View profile
Follow
biggersmaller
Print

The Centers for Disease Control and Prevention has released a report outlining how it develops its public health and clinical guidelines.

“Standards Required for the Development of CDC Evidence-Based Guidelines” was released in this week’s Morbidity and Mortality Weekly Report.

The information in the report isn’t new, but Vilma Carande-Kulis, the report’s lead author, said in an email to The Journalist’s Resource that the publication of the standards shows CDC’s commitment to transparency in its decision making.

“In addition, we hope this document will be helpful for our public health partners and other organizations in forming their own guidelines and recommendations,” wrote Carande-Kulis, senior science and economics advisor at CDC’s Office of Science.

Carande-Kulis added that releasing the document is also “in keeping with the spirit of the 2021 Presidential Memorandum on Restoring Trust in Government through Scientific Integrity and Evidence-based Policymaking.”

The report comes at the heels of intense criticism of the agency’s messaging, particularly its most recent guidelines that shorten isolation and quarantine period for people who have COVID-19, leading to confusion among the public and medical professionals.

In a telephone briefing with reporters on Jan. 7, CDC director Dr. Rochelle Walensky defended the agency’s decision to shorten the isolation period for infected people from 10 days to five.

“We have now in our scientific rationale for our updated isolation and quarantine guidance, dozens of papers, a scientific review of dozens of papers regarding the infectiousness of SARS CoV-2 [the virus that causes COVID-19],” said Walensky in response to a Reuters reporter Julie Steenhuysen who asked, “Where is the science behind isolation policy?”

On its website, the CDC has a page with an explanation of its decision to shorten the isolation and quarantine period, and it includes a list of medical studies the agency has used to make its decision, but that page is not directly linked to or embedded in the recommendations’ press release.

In a telephone interview on Jan. 14, Dr. Tom Frieden, who was the CDC director from 2009 to 2017, said that it’s important for the scientific basis of recommendations to be released publicly with a chance for reporters to ask questions. He said regular media briefings “are extremely, extremely important. Even the best guidelines in the world, if you’re not explaining them clearly, are not going to be well-received.”

The Jan. 7 media briefing was the first the agency has held since July 2021 but Walensky said the agency will hold more regular telephone briefings with reporters.

Issued by the Office of Science Quality at the CDC, the new report about the guideline development process summarizes standards that were first developed by a CDC work group in 2011 and published in 2012.

The report doesn’t include steps for communication after a guideline is developed, but Frieden said the next step is creating a plain-language summary that’s two to four pages. Then, a press release that’s one or two pages, followed by a press briefing.

“Making the right guidelines is both a science and art,” said Frieden, who is president and CEO of Resolve to Save Lives, a global public health initiative. “That includes the really sophisticated analysis of data and the balancing of the different factors that go into what makes for a recommendation that’s technically sound, simple, implementable and explainable.”

Below, we have summarized the report for journalists on deadline.

CDC issued its first guideline in the late 1950s for the flu vaccine. Starting in 1964, the agency began issuing vaccine recommendations in partnership with the Advisory Committee on Immunization Practices, or ACIP, which is part of the CDC and has 15 voting members.

Over the years, CDC has issued several documents to establish processes that lead to quality guidelines.

In 1996, it published “CDC Guidelines: Improving the Quality,” which was “a guide to improve the development processes, content, and value of CDC-sponsored practice guidelines.”

n 2011, the agency convened an internal work group, including CDC scientists, clinicians and administrators, to further build on the 1996 document and establish standards for developing its guidelines.

The result was a primer document which describes methods and processes that CDC experts should follow when they develop or update guidelines.

What is a Guideline?

The CDC defines a guideline as a document that “contains recommendations for clinical practice or public health policy.”

A recommendation is a “statement that describe a specific prevention, treatment, or policy action,” according to the report. The 2012 guidelines primer adds that recommendations “imply choices between different interventions that have an impact on health and that have ramifications for the use of resources.”

As a further point of clarification, the 2012 primer notes that the term “recommendations” may be used more narrowly to identify specific actions and the term “guidelines” may more broadly refer to the umbrella under which multiple recommendations for action are provided.

Most guidelines are published in the CDC publication Morbidity and Mortality Weekly Report (MMWR), “but other outlets mechanisms such as peer-reviewed journals and agency publications are also used,” according to the 2012 document.

The scientific evidence for CDC’s recommendations is typically obtained through a systematic review of the literature and organized in “evidence summaries.”

“Evidence summaries” show factors that were critical to the process of developing the recommendations, the report explains. However, there is a “but:” In some cases, a large body of indirect evidence, or factors such as ethics, practical experience or common sense, might lead to a recommendation. These recommendations are called “good practice recommendations.”

The CDC’s new report explains that guidelines fall under three categories: interim, standard and update. These three categories are slightly different from what was listed in the primer document.

The Process of Developing Guidelines

The CDC follows five steps to develop its standard or updated guidelines. These steps don’t apply to interim guidelines, although developers are encouraged to adapt them as much as possible.

Naseem S. Miller joined The Journalist’s Resource in 2021 after working as a health reporter in newspapers and medical trade publications, covering a wide range of topics from correctional health care to clinical trials. She has an undergraduate degree in molecular and microbiology and a master’s degree in multimedia journalism.

This story was originally published in The Journalist’s Resource Blog.