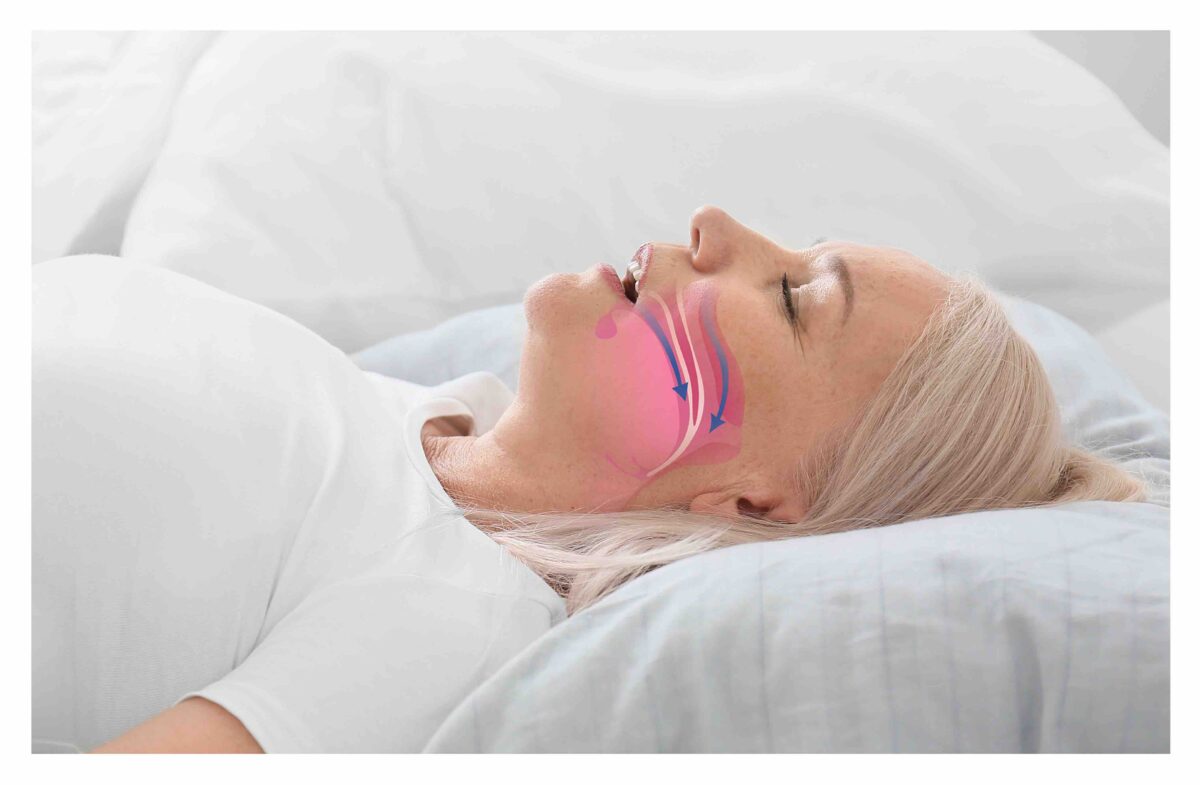 How Does Sleep Apnea Work?

Apnea is a temporary cessation of breathing for at least 10 seconds.

Obstructive sleep apnea (OSA) is the more common form of apnea that occurs when the throat muscles relax, causing the breathing to completely stop or reduce to 10 percent of the normal level.

Because one cannot get enough air, the oxygen level in your blood is lowered. The brain senses your inability to breathe and briefly attempts to wake you from sleep so that you can reopen the airway.

Symptoms include loud snoring and episodes in which one actually stops breathing during sleep, leading to the need to gasp for air.

Because of continuous interruptions in the asleep pattern, excessive daytime sleepiness (hypersomnia) occurs, making it more difficult to pay attention while awake, along with general irritability.

Central sleep apnea occurs when your brain does not send proper signals to the breathing muscles.

Hypopneas occur when your airways partially collapse, resulting in shallow breathing. If your airflow decreases by more than 30 percent for at least 10 seconds, it can be considered a hypopnea.

The (AHI) or apnea-hypopnea index is a diagnostic tool for determining the presence and severity of obstructive sleep apnea (OSA). This is an average that represents the combined number of apneas and hypopneas that occur per each hour of sleep.

Whereas severe OSA has an AHI of more than 30.

For children however, these figures are generally halved with mild adult OSA becoming the equivalent of Moderate OSA.

Not everyone who snores has sleep apnea, but snoring is very common in those that do, the American Dental Association (ADA) reports. Men are more likely to develop sleep apnea than women.

Sleep apnea diagnosis is based on clinical findings and, when necessary, confirmed by polysomnography (sleep study).  The oxygen desaturation index (ODI) measures how many times per hour your blood oxygen levels fall below normal for 10 seconds or longer.

As mentioned in the previous article, the Berlin questionnaire and the STOP-Bang Questionnaire can give indications as to the presence of asleep apnea.

An intraoral check using the Mallampati Score which ranges from 1 to 4, checks the amount of the soft palate visible at the posterior aspect of the tongue with figures of 3 and 4 more likely for OSA.  A large scalloped tongue and narrow maxillary and mandibular dental arches or a retrognathic (retruded) mandible are common findings in OSA.

Apneic and hypopneic events disrupt sleep and lead to lower blood oxygen levels, contributing to long-term health complications.  Daytime sleepiness can be a dangerous side effect, particularly when driving.

Medications, such as opioids or other drugs will affect one’s sleep.

Continuous positive airway pressure (CPAP) is the first line of medical treatment.  A CPAP machine sends air pressure through a face mask while you’re asleep. This air pressure is greater than that of the air around you, which helps keep your upper airway passages open to stop apnea and snoring.

Several studies have shown an association between sleep apnea and problems like type 2 diabetes, strokes, heart attacks and a shortened lifespan.

Some medications can worsen sleep apnea, either directly or indirectly. Benzodiazepines should usually be avoided if you have untreated sleep apnea, but starting or stopping any medications should involve consultation with one’s doctor.

CPAP treatment is not universally tolerated by all those who have sleep apnea, as it interferes with one’s normal sleeping posture or sleep patterns.

As mentioned previously, a Mandibular Advancement Appliance, (MAD) may be indicated.  Wearing this holds the lower jaw slightly forward during the night and this allows some room for the tongue to also come forward.  A mouth guard worn to protect the teeth is usually not as effective as the MAD for this scenario, but it may help.

Myofunctional therapy to strengthen the tongue and removing enlarged tonsils and adenoids may be indicated, along with releasing any tongue tie.  Existing allergies may also cause the airway to reduce in volume and so treatment of allergies and sinus inflammation with medications, such as a steroid nasal spray or saline nasal rinses may be an option for children with mild sleep apnea symptoms.

Sleep Apnea may be totally unrecognized by the sufferer but it can be a nightly life and death struggle for that individual.  While awake, to consciously hold one’s breath for 10 seconds during the day may not be much of an ordeal, but when trying to rest and recuperate during the night, one is not under the same conscious control, and this will indeed add to the burdens of a heath compromised individual.

Ted L’Estrange
Follow
Ted L’Estrange BDSc, LDS, RCS, practiced dentistry in both Australia and the United Kingdom for over 40 years and conducted a sessional TMJ clinic at the British School of Osteopathy for 7 years. He studied Rehabilitation Neuro-Occlusal in Barcelona, Spain with Dr Pedro Planas.
SHARE
Friends Read FreeCopyFacebookTweet
You May Also Like