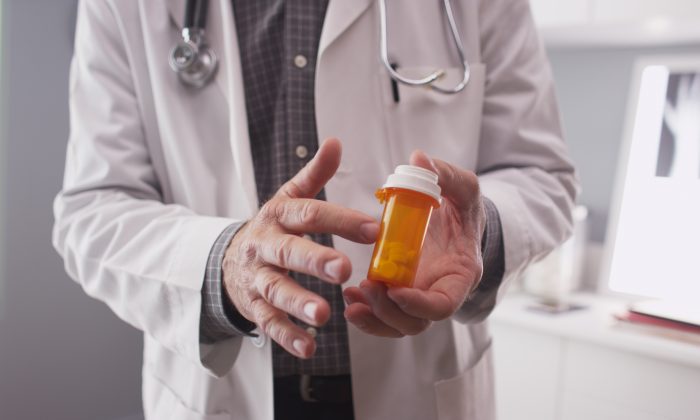 How Diseases Are “Sold” in Order to Sell Drugs

Did you ever wonder why new medications so often debut right after awareness of the condition they treat increases? It is no coincidence. The tactic is called unbranded advertising and “disease awareness” and drug companies spend more on it than they do for regular advertising.

Unbranded disease advertising usually suggests many more people suffer from a condition than anyone thought (it may even be a “silent epidemic”), lists symptoms, offers “quizzes” and tries to scare people into “seeing your doctor.” The diseases are not “made up” but usually exist in much smaller numbers than Pharma marketing suggests. What disease awareness advertising does not do is tell you the drug that is being marketed for the condition or the company behind the “education.” (Which is why it is called “unbranded.”)

Pharma companies love disease awareness advertising because, unlike direct-to-consumer (DTC) advertising, risks and warnings of possible drug treatments do not have to be listed. In DTC ads, risks and warnings are often as long as the sales pitch itself (and sometimes perversely “unsell” the drug even as the viewer is looking at sunsets and puppies). But not everyone agrees with the omission. In 2013, Aaron Kesselheim, MD, a Harvard professor, told a New York Times reporter that an ADHD disease awareness video that supports the safety of stimulant drugs while leaving out their risks is misleading and irresponsible.

Still, disease awareness does much of the heavy lifting in today’s Pharma marketing environment. “Disease awareness offers two primary benefit pathways for the brand that successfully engages it,” says a drug marketing article. It “can provide a lead generation source for later branded outreach” and it “offers an opportunity to inspire patients to some beneficial action or actions.” Cynics make ask benefit for whom?

Analyzing how successful such disease awareness campaigns are, the Guardian also weighed in. “Typically, a corporate-sponsored ‘disease awareness’ campaign focuses on a mild psychiatric condition with a large pool of potential sufferers. Companies fund studies that prove the drug’s efficacy in treating the affliction, a necessary step in obtaining FDA approval for a new use, or ‘indication.’ Prominent doctors are enlisted to publicly affirm the malady’s ubiquity, then public-relations firms launch campaigns to promote the new disease, using dramatic statistics from corporate- sponsored studies,” it writes.

“Finally, patient groups are recruited to serve as the ‘public face’ for the condition, supplying quotes and compelling stories for the media; many of the groups are heavily subsidised [sic] by drugmakers, and some operate directly out of the offices of drug companies’ PR firms.”

Are You ‘Allergic’ to People? And Other Campaigns?

Are you “allergic” to people? Do you “blush, sweat, shake-even find it hard to breathe,” when trying to socialize? If so, you may have “social anxiety disorder” said one of the first “disease awareness” campaigns that proved very successful. Concocted by the slick PR firm Cohn & Wolfe in 1999 to sell the soon-to-be marketed SSRI antidepressant Paxil, news outlets operated as Pharma stenographers reporting that as many as 10 million adults suffered from the “social anxiety” epidemic. Who knew?

Do you remember hearing about the many women suffering from Female “Hypoactive Sexual Desire Disorder” (HSDD) a few years ago? The disease awareness was sponsored by drug giant Boehringer Ingelheim to help sell its Addyi (flibanserin) which was moving toward FDA approval. The marketing included TV personality Lisa Rinna in an aggressive campaign called “Sex Brain Body: Make the Connection.”

Boehringer Ingelheim also wined and dined potential medical supporters remembers London sex researcher Petra Boynton “I’ve had two invitations to attend two two-day long ‘training days’ at top London hotels (with an honorarium of 1000 per session),” she wrote on a blog. “My understanding of the aim of these events were to highlight FSD (or more specifically Hypoactive Sexual Desire Disorder) as a problem and inform practitioners about treatment approaches.”

Though she declined attendance, Boehringer Ingelheim also asked Boynton to write a paper for the British Journal of Sexual Medicine. “They had clear instructions about what they wanted me to say and how this would set the scene that HSDD was a prevalent and distressing problem,” she remembers.

Men are not exempt from disease awareness marketing. Low testosterone or “Low T” has been aggressively marketed by Big Pharma, though it occurs rarely according to experts. “True instances of testosterone deficiency such as hypogonadism are rare–less than one half of one percent of men have this problem,” Boston University School of Medicine longevity expert Thomas Perls, MD told me in an interview. “Since massive marketing campaigns emerged in the late 1980s claiming that common symptoms like lack of energy, poor sleep, poor libido could be treated with testosterone, the number of men labeled with this disease sky-rocketed. The new syndrome of aging-related low testosterone was facilitated by doctors’ organizations that allowed new and much less rigorous and specific definitions of hypogonadism. Some of these consensus panels were sponsored by pharmaceutical companies making and marketing testosterone.”

Clearly Pharma wants you to think you are sick and the proof is it actually sells diseases through unbranded advertising.