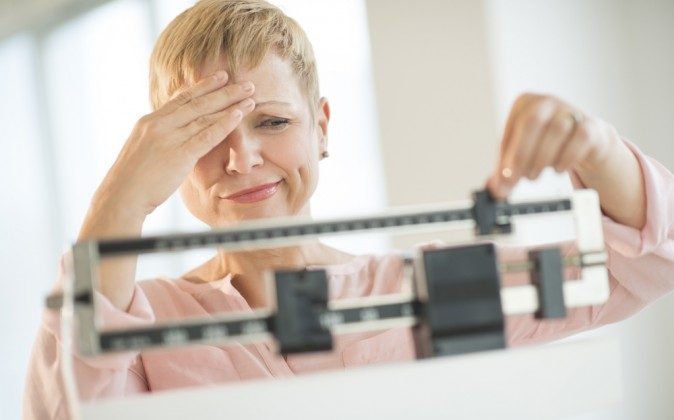 This article was originally published on www.environmentalhealthnews.org

Women exposed to higher levels of bisphenol A and certain phthalates may gain slightly more weight over time, according to new research.

“We found that these chemicals were associated with a small weight gain, though their contribution may be minor compared with other factors, such as diet and smoking,” said Dr. Qi Sun, a Harvard School of Public Health professor who was senior author of the study.

Some scientists suspect that hormone-disrupting chemicals may play a role in obesity and weight gain.

The new research doesn’t prove that BPA and phthalates, which are commonly found in many consumer products, cause weight gain. But it “can help to generate hypotheses … that can then be tested in detailed laboratory studies,” said Bruce Blumberg, a scientist at the University of California, Irvine. Blumberg was not involved in the study but he is considered a leading expert on chemicals and obesity.

Harvard and Brown University epidemiologists compared levels of chemicals in the urine of almost 1,000 U.S. women to their self-reported weight gain over a 10-year period. The women on average gained 4.6 pounds over the 10 years.

Women with the highest BPA reported gaining about half a pound more per year than women with the lowest levels. BPA, used to make polycarbonate plastic and found in some canned foods and other products, is found in virtually all people tested nationwide.

Those with the highest levels of certain phthalate breakdown products also gained slightly more – between 0.75 and 1.25 more pounds per year – than women with the lowest exposures, according to the study. Included were phthalic acid, monobenzyl phthalates, which are found in vinyl and some food packaging, and monobutyl phthalates, which are in vinyl and some food packaging and nail polish. No association was found with other phthalates that are used as fragrances.

BPA and phthalates leave the body fairly quickly, so the research team said the single test of urine may not accurately reflect long-term exposures. Chemical manufacturers and other critics frequently have said such studies are unreliable.

Experts consider prospective studies like this one – in which health changes are tracked over a period of time – to be the “gold standard” of human epidemiology.

“Their study design is very good,” said Dr. Richard Stahlhut, an environmental health researcher at the University of Missouri. However, for chemicals such as BPA that are rapidly cleared from the body, “it’s just really hard to draw any definitive conclusions about what the findings mean,” Stahlhut said. More information on long-term exposure is needed to draw strong conclusions, he said.

“We found that these chemicals were associated with a small weight gain, though their contribution may be minor compared with other factors, such as diet and smoking.” –Dr. Qi Sun, Harvard School of Public Health  It may sound farfetched that exposure to a chemical could cause a woman to gain more weight over the next 10 years. But Stahlhut said the single test could reflect a pattern of continuing exposure because some people have fixed behaviors. For example, a person with vinyl flooring may have higher phthalate exposure, or someone who consistently eats a lot of canned foods could ingest more BPA.

Sun said if the results were purely coincidental or random, he would have expected to sometimes see women with lower levels of chemicals gaining more weight than women with higher levels.

“The fact that we see such a strong pattern with only one exposure reading is highly suggestive and warrants further study,” said Sun, who was the senior author of the study, which was published in the International Journal of Obesity.

The research is the first to link BPA and phthalates to weight changes over time, although some previous studies reported that heavier people have higher concentrations in their bodies.

There was no link between the women’s weight and the chemicals at the beginning of the Harvard study. In other words, women with higher levels were no more likely to be obese or weigh more when their chemical levels were first tested.

On average, the women in the study with higher levels of chemicals were younger, exercised less and were more likely to be smokers. Their average age when the samples were taken was 54. They were slightly overweight and weighed an average of 156 pounds at the start of the study. Because the women recorded their own weight, it’s possible that they could have gained less or more than they reported to researchers.

More stories from our archives about bisphenol A and phthalates.