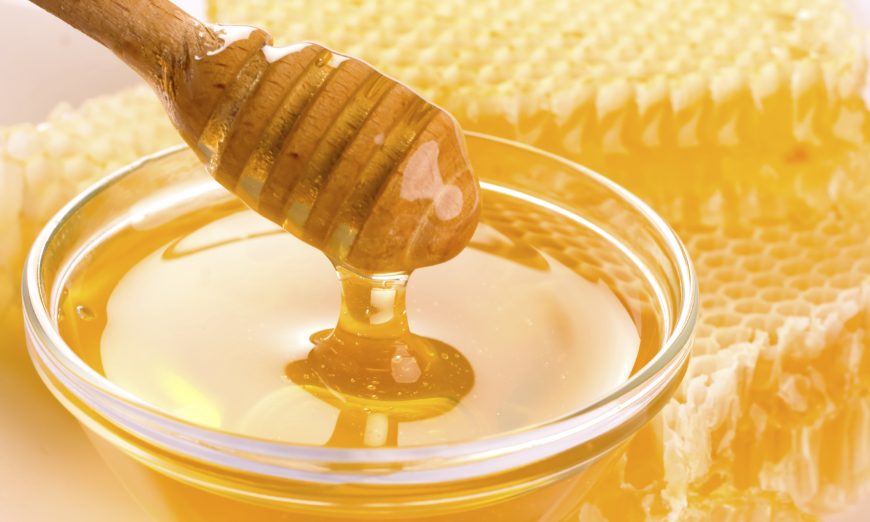 Honey is a delicious and nutritious alternative to that comparatively toxic common white sweetener. (O76/iStock)

Got a sweet tooth that you just can’t quash? Relax. Nature has provided a healthy way to satisfy your sugar cravings.

In a cooperative effort between researchers at the medical sciences departments of Iran’s Isfahan University and Mashhad University, honey has been shown to aid the body in healthy processing of fats by decreasing the overall amount of cholesterol and fats in the bloodstream. The study was published in August 2018 in the journal of the European Society for Clinical Nutrition and Metabolism (ESPEN), Clinical Nutrition ESPEN.

Researchers were inspired by previous studies that demonstrated honey’s beneficial effects on cardiovascular disease symptoms. Their chief aim was to investigate whether the effect of honey consumption on overall lipids in the blood was markedly different than the effects of sucrose, or table sugar, on the blood lipid profiles of 60 young, healthy male subjects.

LDLs may have earned their bad reputation due to the fact that once they have deposited their cholesterol load, they become small enough to burrow into the linings of arteries where they can oxidize, resulting in damaging inflammation. Conversely, one of HDL’s functions is to carry anti-oxidative enzymes to cells where they may help neutralize potential harm done by depleted LDLs’ oxidation.

The blood lipid profile is a primary screening tool for assessing an individual’s risk of developing coronary heart disease. The word “lipids” refers to fats and fat-like substances that are key regulators of cellular activity, such as the energetic functions of your body.

The effectiveness of this cellular transport system is dependent on having the right amount of healthy fats in your bloodstream. If an imbalance occurs, excess cholesterol may get deposited into the walls of blood vessels, eventually leading to atherosclerosis, or hardening of the arteries, which can cause heart attack and stroke due to blocked blood flow to the heart and brain.

In the focus study, 60 male subjects between the ages of 18 and 30 were randomly recruited and assigned to one of two groups: honey (experimental) and sucrose (control). Participants were included in the study if they were healthy, non-athletic, and a non-smoker. Participants were excluded if they already consumed a large amount of honey in their daily life, took any sort of medication, or had recently undergone major diet and lifestyle changes.

The experimental group received 70 grams of natural honey per day, while the control group received 70 grams of sucrose per day for a period of six weeks. Fasting lipid profile, including total cholesterol, HDL cholesterol, LDL and triacylglycerol, was determined for each subject at the beginning of the trial (baseline) via a 5-milliliter blood sample, which was collected in the morning after a 12-hour fasting period.

The lab tests were repeated after the six-week intervention period was complete. All 60 participants successfully completed the trial, and in the final analysis confounding variables including age, physical activity, and some nutrient intake were adjusted.

Participants’ initial baseline measurements for fasting blood sugar, systolic blood pressure, and diastolic blood pressure were not different between the honey and sucrose groups, indicating that there were no significant pre-existing differences between the groups at the beginning of the study. After the final blood lipid profiles were produced, researchers compiled the following findings:

The main finding of this study, noted researchers, was “the ability of natural honey to modulate some of the risk factors of cardiovascular disease.” According to the U.S. Centers for Disease Control and Prevention (CDC), heart disease is the leading cause of death in the United States with one person dying from cardiovascular disease every 37 seconds. Researchers called for further clinical trials to confirm their promising results.

Honey has an unprecedented history of use as a food and medicine, stemming back as far as recorded history. It has been found in ancient Egyptian tombs, still perfectly preserved, and in cave art dating back some 8,000 years. Honey contains many active biological constituents including polyphenols, which are nutritionally dense phytochemicals that have antioxidant properties.

Many studies have confirmed that polyphenols provide a protective effect against diseases such as heart disease, cancer, diabetes, arterial diseases, and more. There are more than 200 abstracts on GreenMedInfo.com extolling the numerous health benefits of consuming pure, raw honey. Members can access GreenMedInfo’s in-depth research tools and learn more about how honey is one of nature’s most miraculous foods.