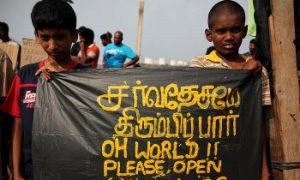 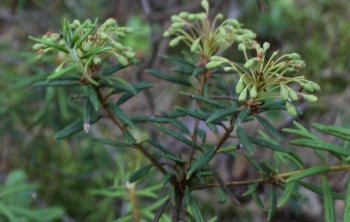 Ledum palustre, marsh tea, is a flowering plant. In North America, it is found in Canada and Alaska. It is one of the most important homeopathic remedies for puncture wounds.

Tetanus, a dreaded disease caused by Clostridium tetani, was a serious problem in the past. Descombey developed tetanus toxoid vaccine in 1924. The use of tetanus toxoid during World War II was credited with the very low rate of tetanus associated with battle-related injuries.

Before the introduction of tetanus toxoid vaccine, homeopathic physicians had successfully prevented tetanus by using the homeopathic remedy Ledum.

James Tyler Kent, M.D., writes in the Lectures of Homeopathic Materia Medica (1904): “The horse sometimes steps on a nail. If that nail goes through and strikes the margin of the coffin bone, tetanus will follow. It is known to be almost sure death. Put Ledum on the tongue of that horse and there will not be any trouble for it prevents such conditions.”

Another use of Ledum is for insect bites. Patients treated with Ledum after having been stung by an insect commonly report that the treatment results in rapid relief of the discomfort the sting.

Ledum is also indicated if a person is experiencing arthritic pain that is accompanied by restlessness and is diminished by cold applications or immersing the limb in ice water.

Perhaps the most commonly used current indication for Ledum is in the treatment of Lyme disease in animals and humans.

A homeopathic vet who treats pets all over the country told me that, in his experience, Ledum is the most commonly indicated homeopathic remedy in the treatment of pets with Lyme disease.

More than 10 years ago, my wife had Lyme disease three times and I had it twice. For both of us, Ledum was the indicated remedy. After taking Ledum, our symptoms were gone, and we have had no recurrences since.

Some of the interesting symptoms we experienced were the inability to find a comfortable position while trying to sleep, the inability to sleep due to pain, and a partial paralysis of the limbs.

While Ledum is not the only homeopathic remedy indicated for Lyme disease, it is probably the most commonly indicated remedy.

In this homeopathic physician’s experience, Ledum can make the symptoms disappear in patients with blood-test-documented Lyme disease and can make the Lyme blood-test results go from positive to negative.

Of course, this only occurs in those patients for whom Ledum is indicated. Ledum will not work where another homeopathic remedy is indicated instead.

Please consult your physician before starting any form of treatment.