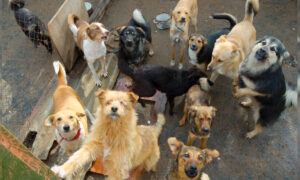 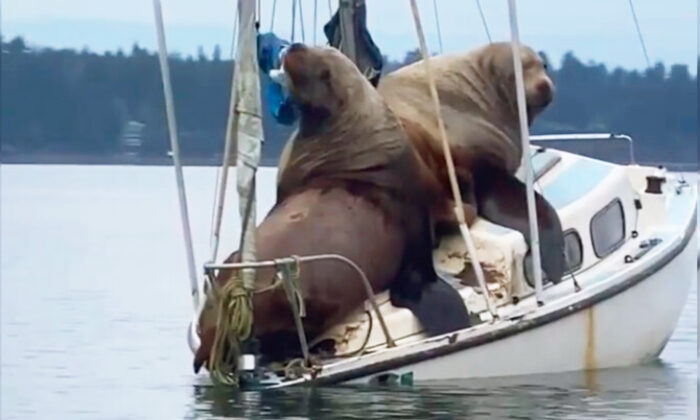 Two sailors came across an unprecedented sight while out on the waters of the Pacific Northwest: two sea lions with nautical ambitions seemed to have taken over an unmanned vessel. The resulting footage went viral.

On Dec. 17, 2019, ex-professional soccer player Joshua Phillips was on a boat on Puget Sound, near Evergreen State College off the coast of Washington, when he noticed two fellow “sailors” on a similar vessel. However, they weren’t the usual seafaring locals.

Phillips told The Olympian that he and his friend were out on the water at around 4 p.m. when they sailed near another boat anchored off the coast. “It looked a little off,” said Phillips, “and we got closer and closer and realized there were two massive animals on board.”

As Phillips and his friend looked on, a pair of huge, opportunistic sea lions came into view, lounging on the deck of the unmanned boat and taking a rest from swimming in the water. The sight was so unexpected that Phillips whipped out his camera and started filming.

Phillips, the owner and president of Spawn Fly Fish, later posted his footage on Instagram. “Oh my gosh it’s so close to sinking,” Phillips narrates, as his friend laughs in the background.

Phillips’s boat circles the sea lions’ own vessel for a few seconds as the human crew enjoys the peculiar sight. The sea lions, seemingly unperturbed, simply watch as the second boat circles them, shooting comic footage for posterity.

The owner of the sea lion-occupied vessel remains unknown. However, noticing once more how close the sea lions’ borrowed boat is to sinking, Phillips comments, “If that thing eats three more salmon, it’s done for!”

To date, Phillips’s hilarious video has over 103,000 views on Instagram and counting. Phillips also uploaded the funny footage to his company’s social media page; as per The Seattle Times, the video amassed over 1 million hits in just three days through this channel.

As per The Olympian, Phillips also shot another video depicting a third sea lion attempting to heave itself onto the deck of the already overcrowded boat. Its efforts were in vain; the hefty mammal was turned away.

Hundreds of Instagram users left comments for Phillips in response to his footage; some perplexed, many entertained. “Incredible and so cool,” wrote one netizen, while another commented, “I have so many questions …”

“The human is ending the natural space of the animals,” another user reflected, “so they occupy the places that naturally are and were theirs, even if it is someone’s ship.”

Phillips’s footage of the nearly sinking boat exemplifies the sheer size and weight of these magnificent mammals. As per the Marine Mammal Center, a male sea lion may reach up to 850 pounds (390 kg) in weight and grow to 7 feet (2.1 meters) in length.

California sea lions are renowned for their intelligence, playful nature, and characteristic “barking” noises. Males may be chocolate brown in color; females are lighter. Sea lions also sport whiskers and a “dog-like” face.

Sea lions, explain experts at the Marine Mammal Center, are social creatures and often move about in groups, resting closely together either on land or on the surface of the water in collective “rafts.”

On Dec. 17, 2019, however, Joshua Phillips and his friend caught two sea lions on camera trying a completely novel approach to relaxing at sea, and the results are entertaining millions.