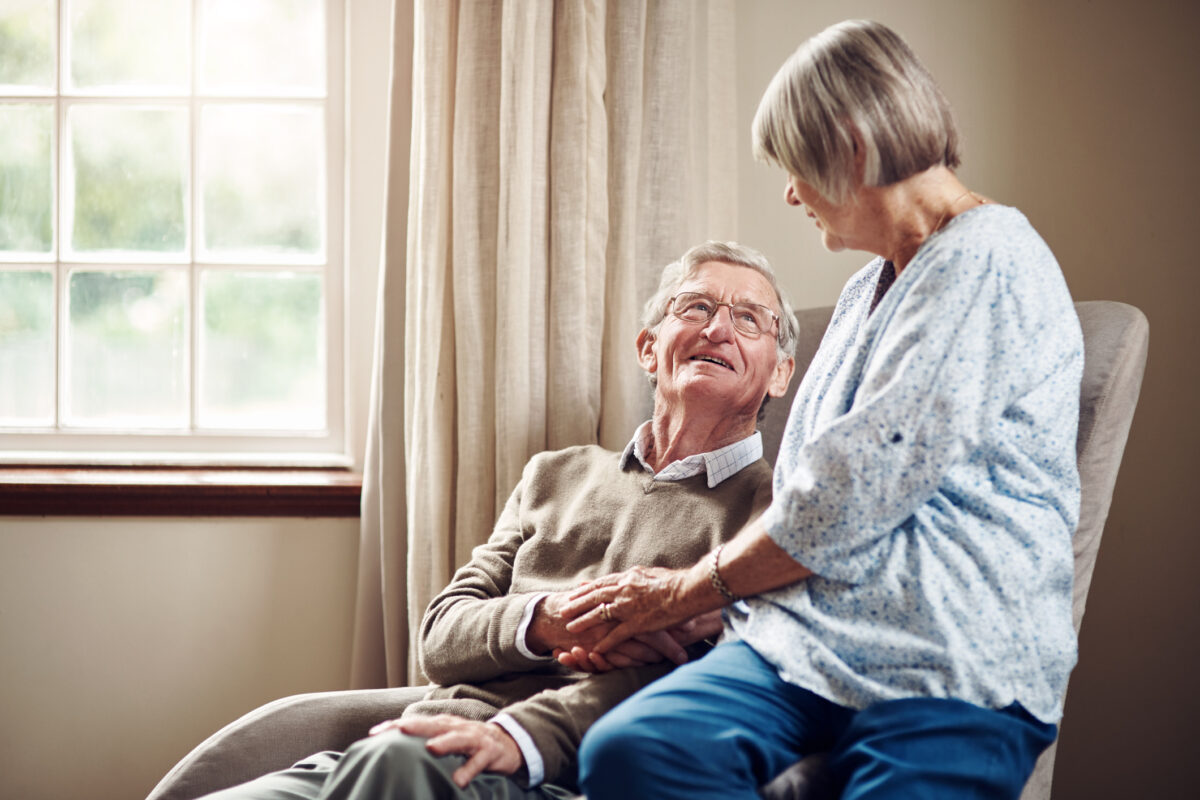 Over the years, many people are called to care for their children, parents, and spouses.(kupicoo/Getty Images)
Family & Education

Helping Hands, Spines of Steel, and Hearts of Gold: Our Invisible Lionhearts

Break that noun into its component parts, and we find two of the most tender and beautiful words in the English language. “Take care,” we say when wishing a friend well at the end of a conversation. And nearly every religion in the world stresses the importance of giving our time, talent, and treasure to others.

While we most often associate caregiving with assistance to the aged or the infirm, nearly all adults act as caregivers in one capacity or another. Parents spend decades raising children. Husbands and wives tend to their partners when they’re sick or in distress. For example, one public school librarian I know spent years nursing her husband back to health after he fell chronically ill from Lyme disease.

Others watch over grandparents or elderly fathers and mothers, often taking them into their homes and tending to their needs. Some people even become professional caregivers, such as nurses and nannies. We’re also our own caregivers, called to protect and preserve our health and well-being.

And some of us wear all of these hats.

A Lifetime of Giving

Janet is one of those people.

She raised two children, sat by the bedside of her dying mother, did the same years later for her father and stepfather in their final days, worked for hospice for nearly two decades, and now spends much of her time helping her chronically ill husband. She has more than 30 years of experience in attending to the needs and wants of those in failing health.

Much of what she has learned comes from her work as a nurse with hospice, which provides care for the terminally ill. Hospice personnel aim at allowing the dying to live as well and as long as possible.

“Hospice can give you a great support network,” Janet said.

Her job entailed going to a patient’s home, evaluating the situation, and arranging for the necessary medications and equipment. She then turned the patients and their families over to the care of a follow-up team of medical personnel.

Regarding hospice, Janet did issue one precaution.

“People get scared when they hear the word hospice,” she said. “They think they’re going to die in a matter of days, but hospice care can last for months.”

When asked about her greatest satisfaction in this work, Janet thought for a few moments.

“For me, it was giving people the tools they needed to take better care of their loved ones and to make them feel less alone,” she said.

Based on what she has seen both at work and in her own life, Janet also offered advice on caregiving in general, particularly for the elderly. She touched on loneliness and the elderly.

“When people can no longer remain in their own home and have to move to another city to live with extended family, they can easily become isolated,” she said. “No friends, no spiritual community, and their old routines are gone. Plus, they don’t want to be totally dependent on their children. This isolation can easily lead to depression.”

Janet also mentioned that the COVID-19 lockdowns had escalated both depression and the decline of physical health among many of the elderly.

“Going for months without seeing or hugging loved ones was devastating for them,” she said.

There are ways to fight against this loneliness. Janet brought up the example of a daughter who got her widowed mother involved with a women’s craft group at a local Methodist church, where they make everything from toys to masks.

“Anything that gets these older people connected with others, like a senior day care center, can really work wonders,” she said. “And if there are children in the home, try to get them to engage with Grandma or Grandpa.”

Janet also emphasized the importance of a fitness regimen.

“Get them out of the house,” she said. “Even if it’s just walking in the mall. That’s great medicine for the body and the spirit.”

Janet’s husband Jim suffers from a chronic lung disease. Several years ago, when dining out with another couple, Jim had noticed how the woman had hovered over her very ill husband. Afterward, he asked Janet never to treat him that way, and to honor that request, she allows Jim his independence as much as possible. He keeps track of his medications, cooks breakfast every morning, and does light household chores. To help keep Jim’s spirits up, she suggests that they go on errands together or shop at the grocery store.

“One important thing, I’ve found, is not to nag him about things like his pills or his exercise,” she said.

Allowing Jim to do as much as possible on his own enables him to maintain his sense of pride and dignity, Janet believes.

“Every week takes something away from him,” she said. “The chronically ill lose control of things they used to take for granted, like walking through the neighborhood or climbing stairs.”

Caring for the Caregivers

Helping others this way can be stressful, eating up time and energy, and often leaving the caregiver exhausted. To keep up her morale and strength, Janet understands that she must take care of herself as well as Jim.

For her, tennis acts as a major stress reliever. Encouraged by Jim, who knows that Janet needs a break from the house and their routine, she hits the courts several days each week.

“While I’m playing tennis, my worries and concerns slip away,” she said.

Her religious faith is another wellspring of comfort. A strong believer in prayer, she and Jim belong to an Episcopal church, and for an hour every Saturday afternoon on Zoom, she meets with a women’s support group from that parish, which brings her comfort and peace.

Unlike Janet, some caregivers find themselves in circumstances where round-the-clock care is necessary. Many of these folks make every effort to arrange for some relief and help from family and friends in order to find respite from their labor, as well as some time to feed their inner selves.

Of course, not everyone has nearby family or friends who might grant such relief, but if we Google “churches relief for caregivers” or more generally, “relief and help for caregivers,” we find an array of organizations and services—many of them free of charge—that dispatch workers or volunteers into a home to give exhausted caregivers the chance for rest and recovery.

Fred Rogers, longtime host of “Mr. Rogers’ Neighborhood,” once remarked, “Mutual caring relationships require kindness and patience, tolerance, optimism, joy in the other’s achievements, confidence in oneself, and the ability to give without undue thought of gain.”

These are the trademarks of good caregivers.

We live in an age of cynicism. In the news, we learn mostly about the negatives, the corruption in our public square, and the bizarre personages and weird events that dominate the headlines.

But if we brush aside these cobwebs and curtains and look around us, we find people like Janet, caregivers sacrificing themselves and giving of themselves in a thousand ways.

Dig even deeper, and we find the meaning of love.