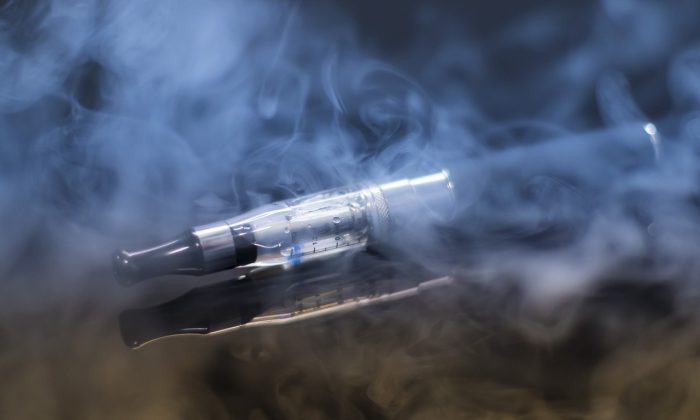 A new type of “heat-not-burn” cigarette may lead to just as much lung damage as traditional cigarettes, a recent study suggests.

So-called “heat-not-burn” devices are designed to heat disposable tobacco sticks and give users the taste of tobacco without the smoke or ash.

For the study, researchers analyzed data submitted by Philip Morris International to the U.S. Food and Drug Administration when the company was trying to win regulatory approval to market its I-Quit-Ordinary Smoking (IQOS) product as a safer alternative to traditional cigarettes.

The FDA has yet to weigh in on whether Philip Morris can sell its IQOS device as a lower-risk cigarette alternative. But an expert scientific panel convened by the FDA recommended against such a move earlier this year, and the new study offers fresh evidence of health risks associated with IQOS.

When smokers switched from traditional cigarettes to “heat-not-burn” devices, researchers didn’t find any evidence of improvements in lung function or reductions in inflammation that can signal tobacco-related blood vessel damage.

“Even if a patient could switch completely from regular cigarettes to heat-not-burn products, Philip Morris International’s own data shows that there will continue to be significant health risks associated with these products,” said lead study author Dr. Farzad Moazed of the University of California, San Francisco.

“Although quitting smoking is challenging, there are many other options for smoking cessation that are more effective and safer than the use of these products,” Moazed said by email.

There is evidence that IQOS may reduce exposure to certain harmful chemicals, Moazed said, a point Philip Morris emphasized in a statement released after the FDA advisory panel decision. (bit.ly/2O0S42z)

“The totality of evidence available on IQOS supports that it is likely to present less risk of harm compared to continued smoking,” Philip Morris said in an emailed statement to Reuters Health. “This includes a significant reduction in inflammatory response and favorable changes in lung function.” (bit.ly/2QPuiVF)

“Heated tobacco products, also known as heat-not-burn products, generate a nicotine aerosol by heating sticks made up of tobacco and other chemicals without lighting them on fire,” Moazed said. “While this reduces the amount of some of the harmful chemicals associated with smoking, it increases the levels of other chemicals, and the evidence to date shows that these products continue to result in harm.”

It’s also unclear from research to date whether IQOS might help smokers quit, a factor that might influence how scientists think about the safety of these devices and other tobacco products sold as alternatives to traditional cigarettes.

The human studies Philip Morris submitted to the FDA excluded people who were “dual users” of both traditional cigarettes and IQOS devices, the study authors note.

Any safety advantage relative to traditional cigarettes might be diminished if people continue to smoke traditional cigarettes once they start using IQOS devices, said Bonnie Halpern-Felsher, a tobacco prevention researcher at Stanford University School of Medicine in Palo Alto, California, who wasn’t involved in the study.

“We have no studies outside of Philip Morris on whether these IQOS will actually help people quit or on their relative safety,” Halpern-Felsher added. “People are unlikely to understand what “switching completely” means and that therefore they are likely to be misled,” by any safety claims that are contingent on smoking cessation.