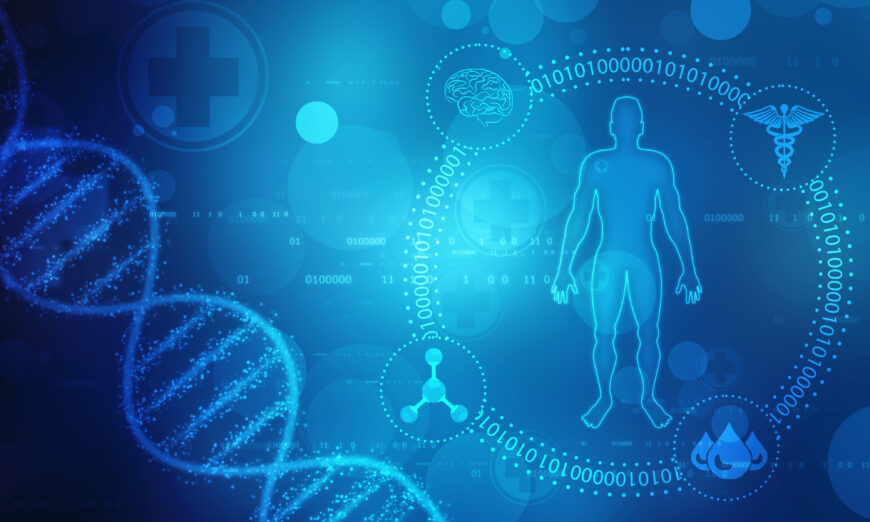 Although people have the legal right to say no to taking pharmaceutical drugs, caregivers of mentally ill patients can go to court to force them to take medication.

Whether this is ethically warranted or not is the subject of a new investigation, available as a preprint, by two doctors: Gail Tasch, a psychiatrist based in Wisconsin, and Peter Gøtzsche, a medical doctor and scientific researcher. Gøtzsche, based in Copenhagen, Denmark, was the co-founder of the Nordic Cochrane Collaboration.

Their study looked at a cohort of 30 patients in Alaska. It found that the patients’ rights and safety were systematically violated by their psychiatrists and the judges who sided with their doctors.

For the most part, the psychiatrists requested cocktails of three classes of drugs: mood stabilizers, psychosis drugs, and depression drugs.

While medication can be life-saving for certain people, these drugs can also have unexpected and unintended side effects, which is something Cornell-trained psychiatrist, Dr. Kelly Brogan, details in her 2016 book, “A Mind of Your Own: The Truth About Depression and How Women Can Heal Their Bodies to Reclaim Their Lives.”

Psychotropic drugs are not necessarily effective, according to Brogan, and in many instances, they can do more harm than good. What’s more, withdrawal symptoms can be devastating, and may last several months after the patient stops taking the medication.

Tasch and Gøtzsche were categorical in their critique of these medications.

This is one important reason why many mentally ill patients resist taking them. As one patient explained in court, the medication “takes my feelings away.”

A particularly debilitating side effect mentioned, which is caused by the psychosis drugs, was tardive dyskinesia (TD).

TD is a neurological disorder characterized by repetitive involuntary movements of the face, neck, arms, and legs.

It is the condition Michael J. Fox’s character, Louis Canning, had on the long-running television show “The Good Wife.” (In real life, Fox has suffered from Parkinson’s disease since he was 29 years old.)

Less well-known to the public is that TD is usually caused by the long-term use of psychosis drugs.

In one particularly disturbing example from Alaska, the psychiatrist denied that his patient experienced any side effects from medication, even though the patient testified that she had TD.

Her public defender also argued that she suffered from an intellectual disability, not a mental illness.

Still, the court deferred to the psychiatrist, ignoring the patient’s medical history and forcing her back on a drug that made her sick and shaky.

8 patients said they didn’t need medication and 11 objected to the medication because of the harm it caused.

In 15 of the cases, the possibility of using psychotherapy as an alternative, less intrusive treatment was raised. But treating psychiatrists dismissed this idea, claiming that psychotherapy doesn’t work.

However, Tasch and Gøtzsche categorically refute that assessment, referencing six scientific studies that show that psychotherapy is a reasonable alternative.

They also cite a review of seven different trials that indicated that cognitive behavioral therapy in particular can reduce the risk of developing psychosis by 50 percent, which is a huge effect in terms of the treatment of mental illness.

In addition, according to the authors, benzodiazepines—such as Valium, Xanax, and Klonopin—may also be less toxic than antipsychotics. But not one of the proceedings even mentioned the possibility of using benzos instead.

Finally, all the patients were assumed to have a mental health disorder. There was no consideration that their conditions could result from substance abuse or other life circumstances.

Gøtzsche co-authored a similar study on a cohort of 30 patients in Denmark, where systematic violations of patients’ rights and safety were also found. Patients were forced to take medications that had severe side effects, which often made them sick.

“The legal procedures in both countries can best be characterized as a sham where the patients are defenseless,” Tasch and Gøtzsche concluded.

“The power imbalance and abuse we found were extreme and several of the psychiatrists who argued for forced treatment obtained court orders for administering drugs and dosages that were dangerous. In the United States, it has been documented that psychiatrists, with the full understanding and tacit permission of trial judges, regularly lie in court to obtain involuntary commitment and forced medication orders.”

When Jennifer and her family lived in western Massachusetts, their neighbor’s adult son was suffering from bipolar disorder. He stopped taking his medication because it made him feel lifeless and hopeless. On the medication, he was docile and mostly stayed home and in bed. Off the medication, he would walk the streets restlessly for hours muttering to himself and he sometimes became belligerent, especially with his family.

While his mother didn’t want to force him to take medicine that made him feel so sick, she also felt her son didn’t realize how mentally ill he was when he wasn’t taking the meds. She found it excruciating to watch her son suffer.

“These situations are very difficult,” Ginger Taylor, who has a master’s degree from Johns Hopkins University in clinical counseling, told us.

But, Taylor said, “If a patient who is not being well served by psychotropic medication wants to try alternative approaches, they should be allowed to do so.”

Taylor has many years of experience working with medically challenging children and adults with special needs. She believes that the 20th-century pharmacological model that is so deeply entrenched in the American psyche may be largely outdated.

Though this goes unrecognized by most conventional doctors, Taylor said psychiatric patients can often benefit greatly from diet, environmental, and lifestyle interventions. “The brain is just an organ which is downstream from everything else in the body,” she said. The first question we should be asking is: “How can we give the brain what it needs and protect it from what harms it?”

Taylor pointed to the example of Elaine Gottschall, author of the 1994 book, “Breaking the Vicious Cycle: Intestinal Health Through Diet.” A mom with a background in cell biology, Gottschall was able to cure her young daughter’s debilitating sleep problems and delirium by drastically changing her daughter’s diet. Although the doctors insisted that food had nothing to do with her daughter’s severe health challenges, they were wrong.

Her daughter Judy’s severe celiac disease began causing neurological symptoms as her condition worsened. The diet free of gluten and complex carbohydrates addressed Judy’s health and mental health issues and began to be adopted by some patients who were diagnosed as schizophrenic, but in fact, were being “poisoned” by compounds in their diets that their bodies could not properly process.

A growing body of scientific research shows a clear connection between the gut and the brain, something medical doctors were not aware of just five years ago. We know now, for example, that having a concussion can damage your gut. And, conversely, taking antibiotics can potentially harm the developing brain.

In 2018, a team of researchers did a systematic review to investigate whether using a gluten-free diet could help alleviate the symptoms of schizophrenia. They found six studies that showed beneficial effects, and three that showed no benefit. In all the studies, however, the diet was well tolerated and could be adhered to.

“These are the results you would expect to see if some, but not all patients diagnosed with schizophrenia were actually gluten sensitive,” Taylor said. “Should we not look at baseline health issues that can impact the brain before prescribing powerful psychiatric medications with powerful side effects?”

She continued: “How many ‘mental health patients’ are actually physically sick? We are learning more and more every day about how dietary and environmental exposures impact mood and cognition.

“It’s time to start looking for personalized medicine instead of one-size-fits-all psychiatric drugs,” Taylor insisted. “Look at that specific human and respect their bodily autonomy—and work with them to address their specific health needs.”