COVID Boosters: Why Many Physicians Consider Them Unreasonable for Young People 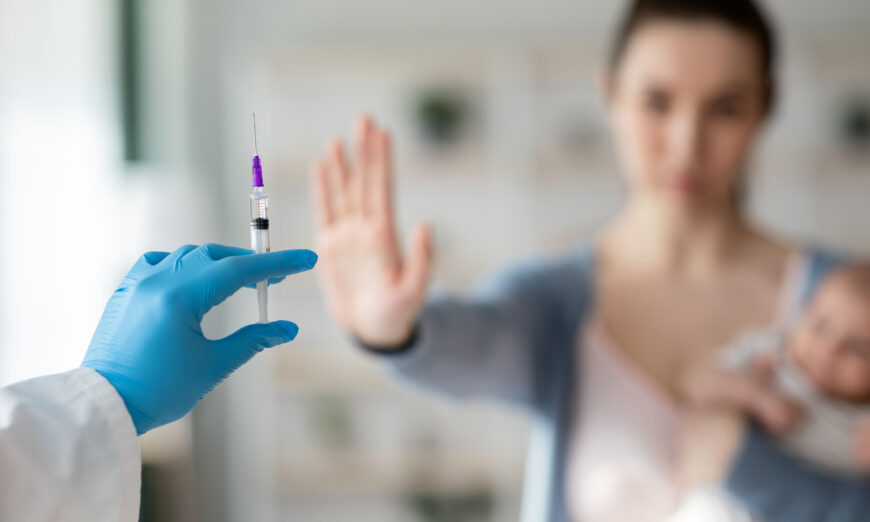 Consumers need to be aware that each recommended vaccine has a different safety, efficacy, and necessity profile. (Prostock-studio/Shutterstock)

While the U.S. Food and Drug Administration (FDA) and the Centers for Disease Control and Prevention (CDC) recommend a bivalent booster for anyone over the age of 6 months, some physicians disagree.

This includes clinicians who discourage all COVID-19 vaccinations, and also those who endorse the primary shots but have reservations about boosting.

Dr. Paul Offit, an FDA committee adviser, on Jan. 11 discouraged bivalent boosters for young and healthy people in a commentary in the New England Journal of Medicine.

Offit, however, as a pediatrician, has voted to approve primary series vaccines for all age groups in previous advisory meetings.

“The landscape is different now” in January 2023 than it was in January 2022 or 2021, said pediatric disease specialist Dr. Cody Meissner, another FDA advisory committee member and professor of pediatrics at Dartmouth’s Geisel School of Medicine. “The equation changes as time goes by.”

The severity of COVID-19 is now receding into a background seasonal virus. The circulating disease is less virulent compared to the virus of the first outbreaks in the U.S. three years ago. Changes to the virus have likely made the current Omicron variant and its subvariants less apt to cause COVID-19 pneumonia, and most people now have a degree of immunity to the virus.

“We’re beginning to understand that if you have some degree of immunity, from a vaccine or infection, or both, you’re pretty well protected against severe disease,” said Meissner, “For a younger, healthy person who’s immune, that person is unlikely to become severely ill, require hospitalization, or die from another infection.”

A major topic of contention is the public health agencies’ approach to boosting people out of the pandemic by changing the vaccine content as the circulating variant changes.

However, physicians now argue that it is practically infeasible to continuously boost people.

In August 2022, the FDA authorized bivalent mRNA boosters with the hopes that the added Omicron mRNA components would better protect people.

However, reality showed that people could never get “up to date” on their immunity via vaccination, as once the boosters were rolled out, the variant the booster was based on would likely be no longer relevant.

However, by June 2022, the BA.1 strain was practically extinct (pdf), so in August 2022, the FDA gave emergency authorization to bivalent boosters containing mRNA components common to the BA.4 and BA.5 variants instead.

But by then the BA.4 variant was largely irrelevant and the BA.5 variant was also on the decline.

“The message seems to be that we need to vaccinate everybody, again and again, regardless of health status,” Meissner said, but it’s like “a hamster on a wheel.”

“We shouldn’t be making vaccines, every three or four months as a new variant circulates,” said Meissner, arguing that the virus is likely to continue to mutate indefinitely and there may be downsides from frequent boosting.

Dr. Prakash Nagarkatti, professor of pathology, microbiology, and immunology from the University of South Carolina, told The Epoch Times that the current booster strategy should be reconsidered, given that most younger people would have some form of immunity against COVID-19, and are at a lower risk of severe COVID-19, to begin with.

The point of boosting is to encourage immunity against the SARS-CoV-2 virus.

Dr. William Schaffner, professor of epidemiology and a non-voting member of the CDC’s advisory committee said that the role of boosters in COVID-19 is to prevent severe disease that requires hospitalization and to prevent death—pointing to the CDC’s own data showing lower hospitalization rates in vaccinated people.

However, other data on boosters’ clinical efficacy has been contradictory.

A pre-print study from Cleveland Clinic shows that the risk of infection elevates with each subsequent booster dose, and a report by researchers from France’s national public health agency has shown that immunity developed after the second booster is less than that after the first booster.

Hospitalization and mortality data across many states also showed that boosted people seemed to do worse than vaccinated people.

These findings are all arguments of correlation, but physicians and immunologists are concerned that the repeated inoculations with the boosters may train the body to always muster the same immune response when encountering other strains of the virus, also known as immune imprinting.

This would mean that infections from newer variants like Omicron, may not be effectively cleared or may completely evade the immune response, both of which have already been reported with Omicron variants.

An Australian article published in 2021 warned of potential immune imprinting through repeated boosting, and recent studies on boosters have used imprinting to explain the low immune responses and Omicron immune evasion in boosted and vaccinated people. Though it has been suggested that there may also be some degree of immune evasion in people who have natural immunity.

A peer-reviewed study published on Jan. 12 in Germany showed that people who received higher numbers of mRNA vaccines had a higher IgG4 antibody response. The authors did not further discuss what these antibody levels may indicate, but studies have associated IgG4 antibodies with immune tolerance, which is when the body reduces its immune response to fight off an infection (1, 2).

People who had a previous infection or vaccination with the adenovirus COVID-19 vaccine had zero or low IgG4 antibody responses, respectively.

As with all medical interventions, there is an evaluation of benefits and risks. While data on boosters give low to negligible benefits, there are clear risks.

Younger people, especially males, are the most at risk of developing myocarditis and pericarditis from vaccination and boosting.

Though most of the published studies show a significant myocarditis uptick after the second primary dose, it is possible that the risk of myocarditis persists or even elevates if the person takes one or more boosters.

This is demonstrated by a study from Kaiser Permanente which showed that the risks of myocarditis continued to increase after participants, especially younger males, were given a first booster.

“At this time, I would be hesitant to make too strong a recommendation for younger individuals, particularly college-age students to get frequent, multiple doses of these vaccines because the risk of undesirable side effects is not understood,” Meissner said.

Studies from Thailand and Switzerland on subclinical—unobservable—heart damage, were reported to be over two percent in vaccinated or boosted young people. Subclinical myocarditis may be several hundred times more common when compared to the CDC’s data on symptomatic myocarditis after vaccination (pdf).

Nevertheless, studies have been limited and contradictory, with data from the CDC showing that myocarditis is reported less after the second primary shot.

Meissner said that clinicians do not know exactly how many and how often boosters will be necessary, and the long-term consequences of administering multiple boosters are unknown.

Documents (pdf) for the upcoming Vaccines and Related Biological Products Advisory Committee (VRBPAC) meeting on Jan. 26 reveal that the FDA is considering changing boosters to be more like an annual flu shot.

The booster would be developed in spring based on prevailing strains and given once a year in the fall, much like how flu shots are administered.

For very young children, the elderly, and people with compromised immunity, there would be two-dose vaccines.

However, unlike influenza, predicting prevailing annual COVID-19 variants is quite challenging, and Meissner speculated that it is unlikely that the vaccine development model for influenza can be applied to COVID-19.

Currently, influenza variants are tracked by the World Health Organization (WHO) through its Global Influenza Surveillance and Response System which has more than 120 participating laboratories and collaboration centers around the world.

Besides, the changes the flu virus may take on between each variant are more predictable than the COVID-19 virus.

Influenza vaccinations are made to target the viruses’ hemagglutinin (H) and neuraminidase (N) proteins on their outer surfaces since these proteins help the virus enter and leave cells. The changes of H and N proteins in influenza viruses would generally fall within a known range of potential mutations, making the virus easier to predict.

The infamous Spanish flu was a combination of H1N1, meaning a combination of type 1 H and N proteins, and the type that commonly infects pigs is H3N2. Between subtypes there are also further changes classified as “clades,” but regardless, the 18 and 11 different H and N subtypes would give researchers a good range and direction in vaccine development.

Influenza B also has its own lineage combinations.

However, as researchers have yet to establish a range for COVID-19 mutations, this would make variant predictions and vaccine development a lot more challenging.

“For SARS-CoV-2, we have no idea what mutations will occur,” Meissner said, “It’s a different virus.”

While Meissner and Nagarkatti welcomed the discussion of a single annual booster, other physicians expressed concern that the VRBPAC committee would not be evaluating safety data on subclinical myocarditis risks during the meeting.

“It is impossible, in my view, to make a risk/benefit decision about annually boosting young people for covid without knowing if subclinical myocarditis is an issue, and without understanding the rate and long-term outcomes of myocarditis from boosters,” tweeted Dr. Walid Gellad, professor of medicine from University of Pittsburgh, “Committee needs to discuss.”

Prasad added that the VRBPAC meetings currently show no signs of raising important points including the possibility of having randomized clinical trials being done on annual boosters to ensure that it actually reduces severe disease and that even with annual boosters, the vaccines may still be chasing the last variant.