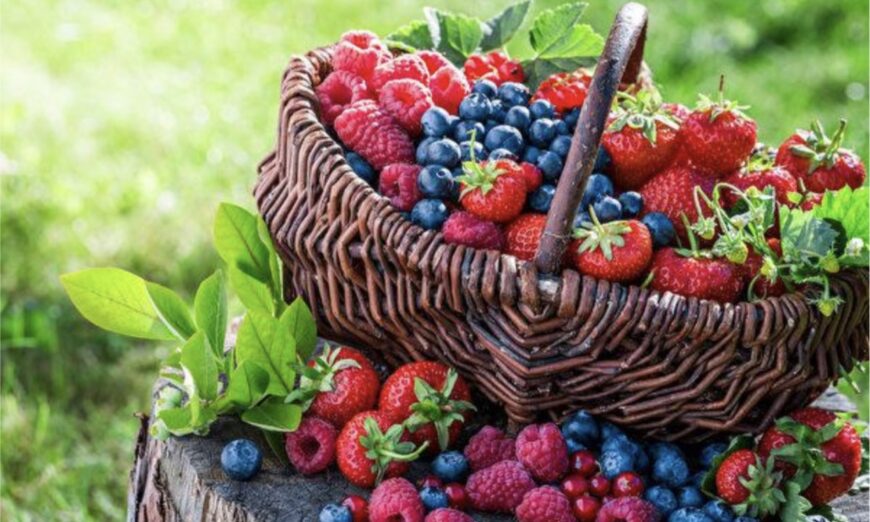 Studies have found that people who consume blueberries have lower lipid peroxidation in their blood lipids, and fewer inflammation responses. (Shutterstock)

A long-time friend of mine suddenly died of a heart attack while using the bathroom at home. I wondered—what caused his heart attack and why did it come on so suddenly and viciously? How should we deal with this disease? Can diet help us to reduce the risk of heart disease?

My friend was a wonderful person who took his work very seriously. He became busier as he got better at his job and was promoted to higher positions, often working until very late at night. When I visited him at his home, I often noticed the presence of bread, instant noodles, and all kinds of snacks piled up on the table.

He was obese, with mental stress, and had an unhealthy diet, which may have led to his various health problems. People who regularly function as he did generally have higher blood lipids, blood sugar, and blood pressure. Had my friend not succumbed to an early heart attack, his unhealthy lifestyle may have led to atherosclerosis.

Causes and Consequences of Atherosclerosis

Atherosclerosis is a chronic inflammatory disease in which there is a build-up of plaques inside arteries. It is principally a lipid-driven process initiated by the accumulation of low-density lipoprotein and remnant lipoprotein particles and an active inflammatory process in focal areas of arteries, particularly at regions of disturbed non-laminar flow at branch points in the arteries.

Steps to fighting this disease include changing our sedentary lifestyle to include exercise. We also need to control our weight, improve our diet and reduce stress. Those with a family history of heart disease should be especially proactive in the maintenance of health.

Implementation of the above can help to prevent heart disease by properly regulating blood sugar, blood lipids, blood pressure, and weight.

Once the blood vessel wall has been damaged, platelets, clotting factors (such as fibrinogen and prothrombin) and cholesterol accumulate at the site, resulting in blockage of the blood vessels. Myocardial infarction (heart attack) occurs when the heart’s blood vessels are constricted. A blocked blood vessel in the brain is a cerebral infarction, which causes necrosis of brain tissue.

Fortunately, eating berries can help clear blood clots. There are a variety of berries, such as strawberries, blueberries, blackberries, and raspberries that in addition to lowering cholesterol, improve the function of the arteries. Blueberries, in particular, are rich in vitamins, fiber, trace elements, and antioxidants such as polyphenols.

A study on blueberries and cardiovascular risk factors in obese men and women was published in 2010 in “The Journal of Nutrition.” The study divided people into two groups. One group was given blueberry juice made from 50 grams of frozen blueberries and 350 grams of fresh blueberries every day for eight weeks. The control group was given water to drink. At weeks four and eight of the experiment, the researchers measured the participant’s blood glucose, blood lipids, and various inflammatory markers. The data showed that the blueberry drinkers had lower lipid peroxidation and lower inflammation responses.

Damage to endothelial cells is the main cause of infarction—once the blood vessel wall is broken, anything can be deposited in it, not only cholesterol. Thus, myocardial infarction is caused by more than just high cholesterol.

Remember to add blueberries and other berries to your diet to improve the health of your heart.