6 Medicinal Mushrooms for Health and Wellness 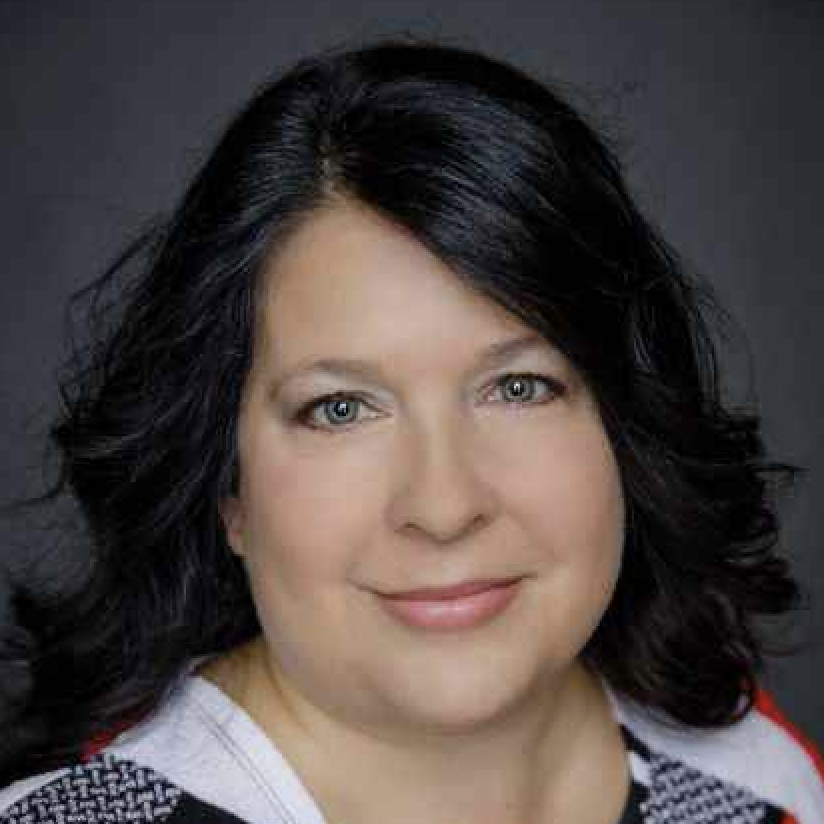 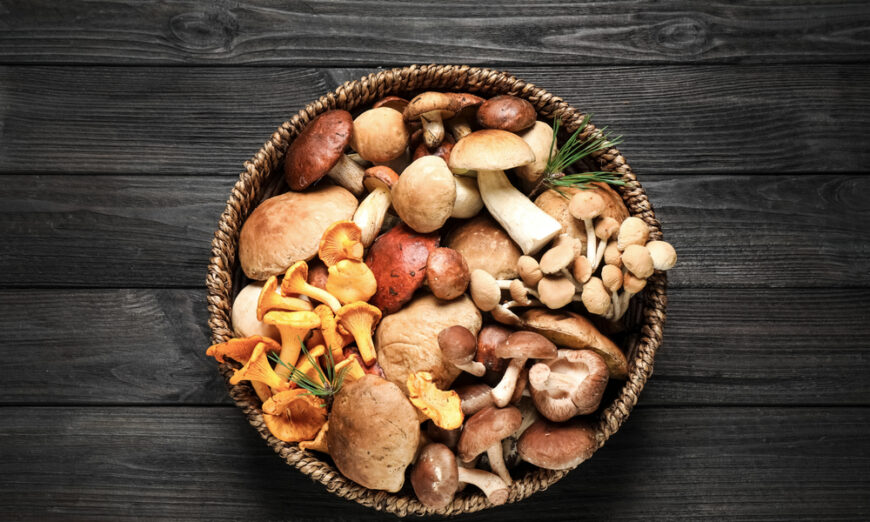 The medicinal use of mushrooms in Asian culture is one of the most well recognized use of this extraordinary plant. (Shutterstock)

Medicinal mushrooms are defined as macroscopic fungi used in the form of powder or extracts for the prevention, alleviation, or healing of multiple diseases, and for balancing a healthy diet.

Although research and clinical trials are still in their infancy, there have been numerous human clinical trials published and over 600 studies conducted worldwide. While the majority of  the recent studies have been geared towards medicinal mushrooms’ effect on various cancers, the preliminary results on overall health and wellness are encouraging.

Medicinal mushrooms are functional fungi that are believed to have around 130 medicinal functions. Medicinal mushrooms contain multiple nutrients with health benefits, including beta-glucans and antioxidant and anti-inflammatory compounds called ergothioneine. They are also a great source of fibers, vitamin D, B, and C, and minerals like iron, zinc, magnesium, copper, potassium, selenium, and many other biologically active compounds.

While there is some scientific evidence to suggest they can help manage diabetes, promote liver and lung health, reduce inflammation, and support the immune system, they are mostly known for their potential to fight cancer.

Scientists have explored numerous types of functional fungi, and though many species remain unstudied, others have increased in popularity.

Found in temperate regions of the Northern Hemisphere, Lion’s manes are best known for their potential to support brain health. They have antidepressant qualities that could be beneficial in reducing brain damage following stroke, and they may be helpful in preventing brain degeneration.

The active components in lion’s mane are Hericenones and erinacines. Hericenones are known to help the brain produce more Nerve Growth factors while erinacines are said to boost neuron production.

A small, 49-week clinical study in patients with Alzheimer’s disease suggested that lion’s mane treatment improved activities of daily living. There were no significant improvements in cognition when compared to the placebo group, but the author noted that may be due to the low number of patients who participated in the study.

The clinical trials performed have been small in participation and have not yet determined if lion’s mane is beneficial for Alzheimer’s disease in humans; however, the mushroom appears to enhance mental functioning. Further study is needed to properly evaluate its effectiveness in supporting Alzheimer’s disease.

Most commonly found in Asia, reishi is best known for its immune-boosting and anti-cancer properties. While the reishi mushroom remains popular in Eastern medicine, there are few human studies on the effects of this mushroom.

The clinical trials that have been performed have occurred on animals or in labs. These studies have not produced similar outcomes, which may indicate that the mushroom is not as beneficial to humans.

Investigation and clinical trials continue in an effort to better understand these functional fungi and their benefit to human health. While there is some test tube evidence to suggest that reishi may be effective in fighting cancer and shrinking tumors, high-quality human studies are necessary before scientists can fully understand its benefit.

Routinely used by doctors in Japan and China, turkey tail is best known for its use in traditional Chinese medicine as an anti-cancer agent.

T. versicolor extract (i.e., PSK), extracted from turkey tail, has been approved in Japan as a pharmaceutical grade medication used to treat cancer. PSK has been used as an accessory to chemotherapy to support management of gastric, colon, and colorectal cancer, while turkey tail’s  PSP extract has been beneficial in treating late-stage lung cancer and as a prebiotic.

This mushroom is also commonly used in China to treat lung disease and has the potential to help manage colds and flu.

Native to Southeast Asia, shiitake is broadly used in Japan for the treatment of cancers, particularly stomach cancer. Evidence supports that Lentinan, a polysaccharide extracted from the mushroom, may support some cancers when used in conjunction with chemotherapy.

Laboratory testing indicates that lentinan improves a number of aspects of the immune system, which may help slow tumor growth. Research through clinical trials demonstrated that lentinan was effective in extending survival in patients with stomach, pancreatic, colorectal, and liver cancers.

Another study showed that dried shiitake extract caused apoptosis in human hepatocellular carcinoma, which is cancer cell death. This finding seems promising, but more studies are needed to determine effectiveness.

Routinely used by doctors in Japan and China, maitake is best known for its effects on the immune system.

This mushroom is known as an adaptogen. Adaptogens help the body fight chemical, physical, or biological stress. In other words, they stimulate your body’s immune system.

Maitake has also been studied for its anti-cancer effects. When compared to other mushrooms, maitake has shown better outcomes in preventing and treating cancer and other chronic conditions. A previous study demonstrated suppressed tumor growth in mice and an increased number in the cells fighting against the tumor. These findings suggest that oral maitake could be effective in managing cancer in humans, but further research is needed.

Native to the cooler northern regions of Europe, Asia, and North America, chaga is best known for its anti-cancer and immunity boosting properties.  Grown on birch trees, chaga pulls the nutrients and extracts from the inner layers of the bark, which are thought to be betulinic acid, sterols, and polysaccharides and which have demonstrated repressive effects against colon cancer and hepatoma cells.

A study performed in Ireland found that chaga slowed the growth of breast, lung, and cervical cancers, while also reducing toxicity associated with radiation and tumor cell growth in animal models.

In some studies, chaga reveals selective apoptosis in tumor cells with no impact on healthy cells. No clinical trials have been performed to assess chaga’s safety and effectiveness for disease prevention or for the treatment of cancer.

Is there a difference between regular and medicinal mushrooms?

There’s no clear division between the two. Culinary mushrooms, such as portobello and shiitake, are mainly used in cooking because they have a pleasant taste. Many medicinal mushrooms, on the other hand, are known to have a more bitter taste and are predominantly used as a supplement to achieve various health benefits.

You probably noticed that the shiitake mushroom is considered both a medicinal mushroom and a culinary mushroom. So, does that mean all culinary mushrooms contain immune-boosting compounds too? Research suggests that they do. But it’s important to remember that each mushroom varies in their dosing ratio and their individual effect on human health and wellness.

As with any other supplement, it’s critical that you seek the advice of your primary care provider, especially the ones with a background in herbal medicine or medicinal mushrooms, before adding any supplement to your daily routine. Your physician will evaluate your personal health and help you determine if you could benefit from medicinal mushrooms and if so, which ones would best support your personal health goals.

Stacy Swartz
Stacy Swartz, BSHIM, RHIA, CCS, CPC is the Chief Operating Officer for Ocean Health Executives. Stacy has 26+ years of experience in Health Information Management and is the author of "Mastering Evaluation and Management Services in Healthcare: A Resource for Professional Services."
SHARE
Friends Read FreeCopyFacebookTweet
SHARE
Friends Read FreeCopyFacebookTweet
You May Also Like