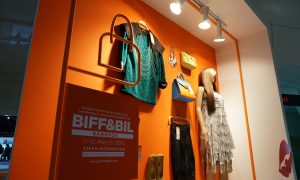 Health Warning: 5 Fashion Trends That Are Terrible for You

The media frenzy after a woman was hospitalised for wearing skinny jeans has seen a fervent increase of interest in the medical dangers of certain fashion trends. But the health hazards of wearing tight clothing are not a recent discovery. The harmful consequences of being on trend can be traced back over many centuries, most notably the Chinese tradition of foot binding, where lifelong pain was the price of beauty.

This recent case of skinny jeans resulting in compartment syndrome may be construed as a rare occurrence. Yet the physical consequences of these five other trends will certainly leave a memorable mark, not just in the history of fashion but also that of medical research.

A trend unique to the 21st century, jeggings became prevalent from 2010. They are an ultra-tight legging style that came from a merging of jeans and leggings. Not only do jeggings come with a health warning, but they have been called “the trend from hell” due to their unflattering and uncomfortable design.

Often seen as a fashion faux pas, jeggings have on occasion been banned in schools, due to their unsuitable – perhaps even indecent – nature. On a more serious note, though, their tightness has been found to prevent air circulation around the crotch area, which has led to a recorded increase in yeast infections.

Cultural and fashion historian Valerie Steele has labelled the corset as one of the most controversial garments in the history of fashion. The corset has been worn by women since the Renaissance. The desire for achieving a tiny waist was offset by the pain that this perceived “instrument of torture” most certainly inflicted upon its wearer. The trend is exemplified perfectly by Scarlett O’Hara in Gone With The Wind, who desperately clung to a bed frame as the laces of her corset were pulled tighter and tighter.

Steele’s study with medical researchers found that wearing tight corsets decreased lung capacity, caused damage to internal organs and even deformities of the skeleton. Yet myths have also plagued the corset’s reputation: there’s no evidence that women achieved staggeringly small waists of sixteen or even thirteen inches, or had ribs removed to better fit the garment.

Today’s version of the corset is control underwear, best known as “Spanx”, and the modern trend for wearing a size too small may cause abdominal problems.

In 2012, Karl Lagerfeld sent Chanels’ huge Hula Hoop handbag down the catwalk, and catapulted the trend for oversized handbags into mainstream fashion.

The consequences of using huge handbags has resulted in a reported increase in back pain, a dramatic change in gait and posture and in some cases headaches. With an average weight of 6.2kg, these bags may have lasting effects through arthritis and disc degeneration.

It isn’t just the size and weight of the bag though – apparently, how you hold it matters too, as experts advise against carrying them on bent elbows.

These high heels are characterised by a thin metal heel. They entered the fashion market during the 1950’s, when women were celebrating their femininity and renewed freedom in the post-War period. Similar to the corset, the stiletto pushes the body into an unnatural position, veering between restriction and oppression and its tendency to be associated with pain. Podiatrists continually berate the high heel for the significant damage it can cause to the wearer. The height of this style not only impacts posture and gait; research proves it can alter the structure of muscles and tendons.

Celebrity culture and our desire for a more perfect self image has seen a significant growth in the trends for cosmetic surgery. This growth has been fuelled by the increasing ease of accessibility for different surgical procedures and treatments. On a par with clothing and accessories, cosmetic surgery seems to have fallen prey to fashion’s cycle of seasonal trends, with surgeons even predicting the next key looks to go for.

The media is awash with articles that show the dangers of cosmetic procedures, from bursting breast implants through to botox, which may permanently paralyse facial muscles. Yet despite these warnings, the rather dramatic and life-changing quest for “perfect” beauty persists.

Fashion trends are more usually associated with fun and frivolity, and notably a limited lifespan. But these examples demonstrate how the pendulum of fashion can swing dramatically between agony and ecstasy. So trendsetters take heed: in some cases, fashion really can be bad for your health.