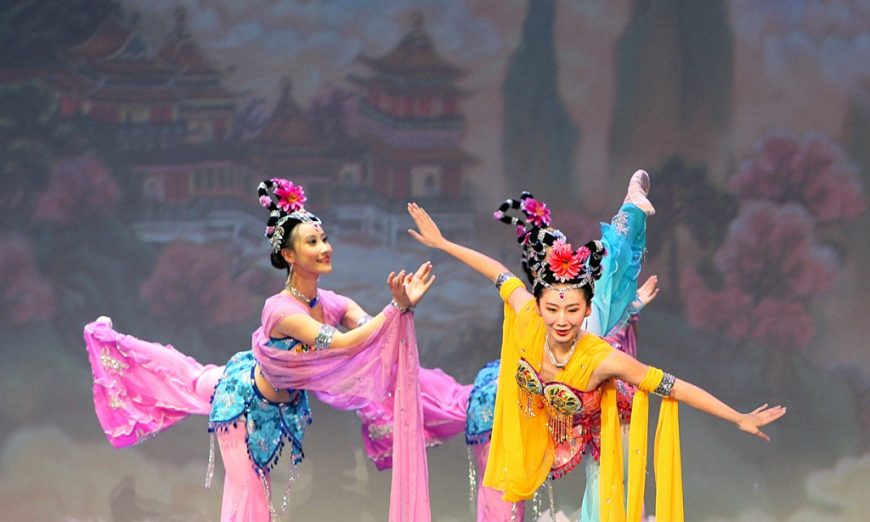 Chinese medicine has a theory that may explain how the performing arts can be healing and nurturing to human life.

Traditional Chinese medicine (TCM) looks at the human body beyond the structural level. It is capable of visualizing and mapping the human body on an energetic level. TCM practitioners can see a connection between the body’s organs and how we think, feel, and react to things beyond what modern medicine has recognized.

Chinese medicine sees the organ system as an energetic network centered on the five major organs: the liver, heart, spleen, lungs, and kidneys.

Each organ is physically and mentally connected. For example, we know from modern medicine that the liver metabolizes and detoxifies food and medications. However, according to Chinese medicine, it is also in charge of our vision and mood. The liver is responsible for planning, decision-making, and judgment.

We know that the kidneys produce urine and cleanse body fluids, but according to Chinese medicine, they are also in charge of brain function, hearing, bone health, fertility, sexual function, bowel and bladder control, will power, and motivation.

The spleen is a major organ in charge of digestive and metabolic processes. Thanks to TCM, we also know that the spleen is in charge of our ability to analyze, reason, and process information.

Visualized at the energetic level, the human body is an open system that has constant interaction with energy from the environment. Therefore, everything we look at, hear, and feel will have an effect on an organ’s health, as well as how we think and function in life.

Chinese medicine has identified five major sounds. Each one has a different impact on the organs and their functions. These five sounds are called “gong,” “jiao,” “shang,” “zheng,” and “yu.”

When the five sounds are composed in a smooth, balanced fashion, they positively affect the five organ systems. As a result, this smooth, balanced sound composition helps to balance the energy of the body and mind.

It makes sense that the healing power of music has long been recognized throughout history. People can feel its effects.

When Yo-Yo Ma was asked about the healing power of the music, he responded simply, “Isn’t it all that music is about?”

Today, many hospitals and health and wellness centers are using music as therapy. Stanford University scientists found that elderly patients with depression gained self-esteem and improved their mood after undergoing music therapy.

At that time, drums were often played to inspire bravery and gain the advantage in a fight. In this battle, the soldiers’ drumming knocked their enemies unconscious.

The merciful Yellow Emperor created a string instrument designed to heal their defeated souls, thus bringing them back to life. Music, therefore, was used for healing. Later, herbs were used as well, thus the characters for music and herbs were combined.

The Importance of Color

Color, transmitted as light, is energy. It speaks to our body, mind, and soul. Color therapy, also called chromo therapy, has been used for healing since ancient times. Clinical evidence suggests that color therapy can alter emotions and even blood pressure.

There are five primary colors recognized in Chinese medicine: green, red, yellow, white, and black. Each color corresponds to a specific organ system:
• Green for the liver
• Red for the heart
• Yellow for the spleen
• White for the lungs
• Black for the kidneys

Emotions
All of this relates to emotions. If sound and color affect the energy of the human organ systems, they will also affect human emotions. Each organ system pertains to a particular emotion:
• The liver to anger
• The heart to joy
• The spleen to worry
• The lungs to sadness
• The kidneys to fear

Normal human emotions are healthy. However, when emotion becomes excessive and out of one’s control, it will have a negative impact on our mind, body, and soul by disturbing the energy of our organ systems.

On the other hand, when the energies of our organ systems are disturbed by other reasons, we tend to have mood problems as well. Therefore, anything that helps people remain on an even keel emotionally will have healing power.

In order to promote good health and natural healing, take time to go to performances with soothing and beautiful music and colors.

Dr. Yang is a board-certified psychiatrist and is a fourth-generation doctor of Chinese medicine. He has a private medical practice in New York City. His website is taoinstitute.com