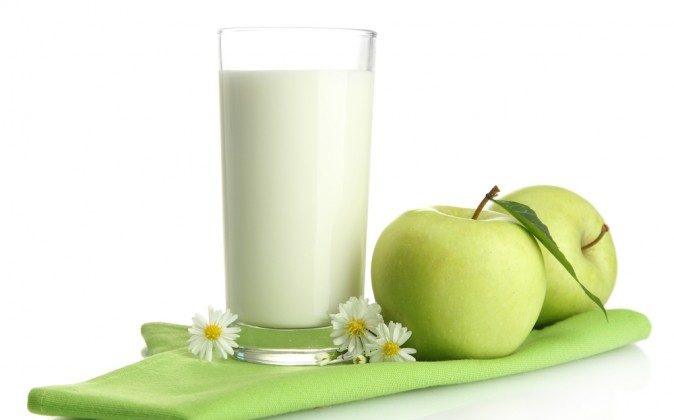 In a world where digestive problems run amok, it’s little wonder that people are desperately looking for remedies that will help fix their gut issues. Although it is not simple, these five superfoods can help clean up the ‘internal trash’, balance your bacteria, and heal any damage that has been done, so you can heal your gut and get back to normal.

Garlic is an amazing superfood that can dramatically alter your inner ecology with its antibacterial, antiviral, and antifungal properties. Quite simply, it helps safely remove all those little critters that are destroying your digestive system.

In fact, Washington State University has confirmed that garlic is far more effective than pharmaceutical antibiotics in fighting a common bacteria known as campylobacter bacterium, which currently infects 2.4 million Americans per year.

Keeping your gut clear of these harmful bacteria will go a long ways to healing your gut. Use this powerful formula to make it easy.

Coconut kefir is somewhat of a lesser-known superfood, but is powerful nonetheless.

Coconut kefir is the simple process of using young coconut water and fermenting it to a state that leaves it teeming with billions of beneficial microorganisms. These friendly bacteria help balance your inner ecosystem, which in turn facilitates digestion, nutrient absorption, and toxin removal.

Bottom line, if you want to clean up your gut, repopulating it with beneficial bacteria is a requirement. Taking an ounce of kefir in the morning, at meals, and before bed is a great way to start.

Sauerkraut is essentially fermented cabbage, which contains a vast array of nutrients and a hardy strain of probiotics, and does an exceptional job of cleaning and ‘furnishing’ your gut with beneficial bacteria so that it can heal and work efficiently again.

Add it as a side to any meal, or get creative and incorporate it into dishes where you would normally add vegetables.

Start with some of these recipes.

Aloe vera is a highly medicinal plant, and most of the benefits seem to come from the gel.

Aloe gel contains active compounds that help temper inflammation and block bacteria from infecting various areas of our body, including our digestive tract. They are also believed to help regenerate cells for faster healing times, which is vitally important in healing your gut after significant damage has occurred.

Aloe gel has also showed promise in healing gastric ulcers. According to a study in the World Journal of Gastroenterology in April 2006, when given internally, aloe gel reduced gastric inflammation and generated ulcer healing in mice.

Read all about the healing benefits of aloe vera here.

Sangre de Drago (also known as Sangre de Grado) is a latex-like red sap that comes from the Croton species of tree in the Amazon rainforests. This medicinal sap has been used for a variety of ailments, including ulcers in the stomach and intestines.

The two main phytochemicals responsible for its healing properties are an alkaloid known as Taspine (documented as anti-inflammatory, anti-tumorous, and antiviral) and a lignan known as Dimethylcedrusine, which plays a central role in sangre de drago’s wound healing capabilities.

When smeared onto a sterile plate and allowed to dry, then doused with E. coli bacteria, it was found that the bacteria promptly died in the presence of the sangre de drago

*Images of “kimchi,” “aloe vera juice” and “kefir” via Shutterstock