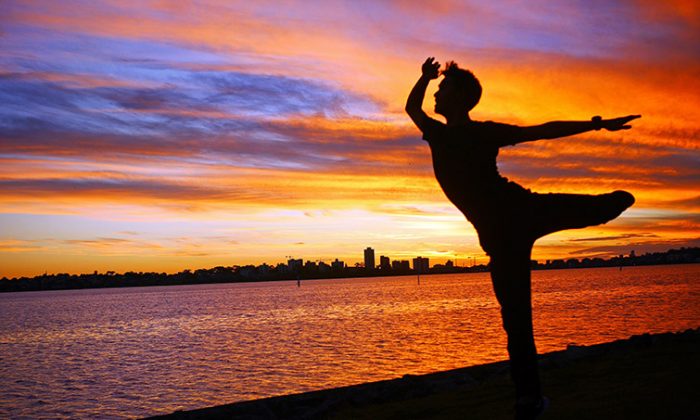 But not to get ahead of the great event, today, February 8, is the beginning of the Chinese New Year. 2016 is the ‘Year of the Monkey.’

According to the Shen Yun website, many of the tales and characters depicted in Shen Yun dances draw inspiration from ancient records and classics, based on documented historical events. These stories give abstract ideas—like loyalty, filial piety, selflessness, and tolerance—a concrete form.

The novel, “Journey to the West,” one of the Four Classics of Chinese literature, was written in the 16th century during the Ming Dynasty. It provides insight into Buddhism, Taoism, and traditional Chinese beliefs more broadly.”

Monkey King’s story begins in the Eastern Continent, in a land known as Superior Body. There, on top of Flower-Fruit Mountain, rested a magical rock.

“Since the time of creation, the rock had collected the essence of heaven, earth, and the stars. As eons came and went, the miraculous rock, ever so slowly, grew a stone egg bearing a supernormal spirit.

“Suddenly, the rock bursts open, giving birth to … a monkey!

“At first, the monkey lives among the regular apes on Flower-Fruit Mountain, until one day he displays his courage and wisdom by jumping through a waterfall and discovering, behind it, a special cave.

“The other apes follow him into the cave and live there, crowning him their Monkey King.

“He spends his days in frolic and feast, but not for long. Soon he discovers mortality and realizes that, despite his life of luxury, one day he, too, will die.

“He becomes despondent and decides to give up everything to seek immortality. He leaves the mountain and, disguising himself in human clothes, finds a Taoist Master,” here the story continues on the Shen Yun website.

Every dance movement, every musical note, and every backdrop makes Shen Yun a spectacular performance not to be missed.