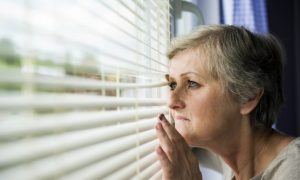 Why Don't We Speak Up When We See Signs of Domestic Violence?
0
Share Now
TelegramFacebookTweetEmailTellMeWeReddit
Copy Link 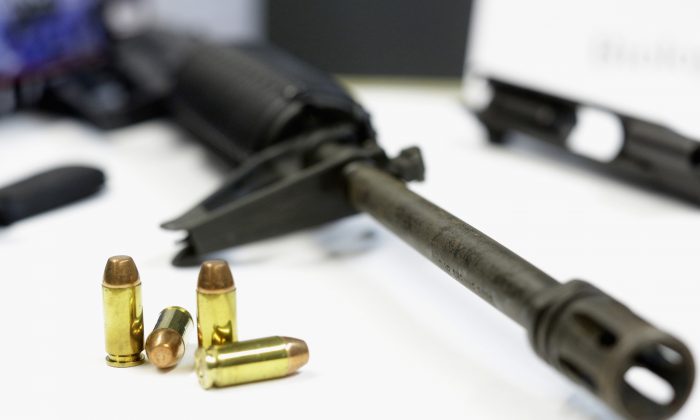 A review of 305 violent incidents in the United States found only 12 percent were preceded by psychosis. While numerous studies have found that brutality and bloodshed are more likely to be sparked by anger, access to firearms, and substance abuse, the latest analysis is the first to look at the regularity of psychosis-induced violence among the mentally ill.

“High-profile mass shootings capture public attention and increase vigilance of people with mental illness,” said lead author Jennifer Skeem, a clinical psychologist and associate dean of research at the School of Social Welfare at the University of California–Berkeley. “But our findings clearly show that psychosis rarely leads directly to violence.”

Researchers focused on the most violent patients tracked in the MacArthur Violence Risk Assessment study, a major 1998 analysis of more than 1,100 offenders who had been discharged from psychiatric facilities.

Specifically, they looked at a subgroup of 100 high-risk patients, who had been involved in two or more violent incidents in the year after they were discharged from a psychiatric facility, to establish their mental states at the time they committed acts of violence.

“We wanted to examine the small group of people with repeated violence and see how consistently these violent incidents were caused by hallucinations and delusions,” Skeem said.

In addition to reviewing records, they interviewed former patients about what they were thinking and feeling immediately before they engaged in violence, and sought the perspectives of their friends and family members.

Psychosis preceded only 12 percent of the violent acts they committed following their release. Moreover, while psychosis drove one violent incident, it was rarely implicated in subsequent ones, the study shows.

Published in the journal, Clinical Psychological Science, the study defines violence as battery resulting in physical injury, sexual assault, and assaults or threats with a weapon. Mental illnesses ranged from schizophrenia and bipolar disorder to severe anxiety and depression.

While mass shootings account for a fraction of U.S. gun deaths, each one can influence public policy. For example, the 2014 shooting spree in Isla Vista near Santa Barbara, in which 24-year-old Elliot Rodgers killed six people, spurred the U.S. House of Representatives to pass an amendment to boost funding to add more mental health records to the nation’s background check system for firearm purchases.

And, after the 2013 Sandy Hook Elementary shooting in Newtown, in which 20-year-old Adam Lanza killed his mother, 20 children, and 6 school staff members, New York passed the Secure Ammunition and Firearms Enforcement Act, which requires mental health professionals to report clients who could harm themselves or others so those names can be matched against a gun permit database.

Meanwhile, a murder trial is currently under way for 27-year-old James Holmes, who opened fire on a Batman movie audience in Aurora in 2012, killing 12. He has pleaded not guilty by reason of insanity. In the wake of that mass shooting, Colorado Gov. John Hickenlooper signed a bill allocating $20 million for an expansion of mental health services, including walk-in crisis centers and a 24-hour hotline. That bill also created a task force to look at strengthening existing laws for involuntary commitment for mental health treatment.

Mental health professionals and advocates warn that these high-profile cases perpetuate the stigma of mental illness, and keep people who are suffering from psychiatric disorders from disclosing their conditions and seeking help. In fact, they said, people with mental illness are more likely to be victims of violence than vice versa.

A study published in February in the American Journal of Public Health found that fewer than 5 percent of the 120,000 gun-related killings in the United States between 2001 and 2010 were perpetrated by people diagnosed with mental illness, and that the mentally ill are far more likely than the average person to be the victims of violent crime.

“None of this detracts from the message that people with mental illness need access to psychiatric services,” Skeem said. “But it’s important to remember that risk factors for violence—such as substance abuse, childhood maltreatment, neighborhood disadvantage—are mostly shared by people with and without mental illness, and that’s what we should be focused on if maximizing public safety is our goal.”