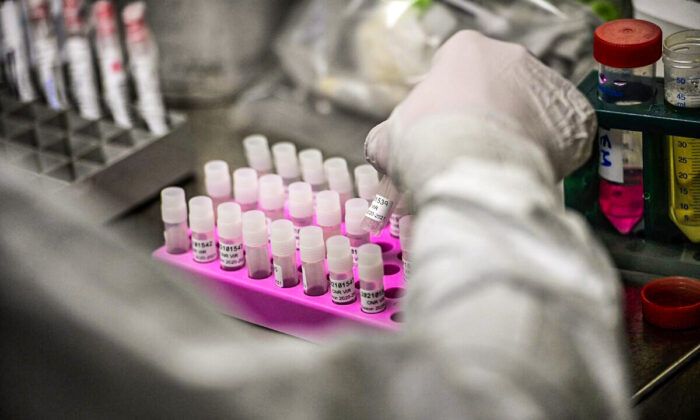 A growing number of cases of a hybrid COVID-19 variant dubbed “Deltacron” are being identified, including several cases in the United States.

Researchers with Helix, a California-based genomic company, found two cases of COVID-19 infection caused by a hybrid of the Delta and Omicron variants, while researchers in France determined 18 people were infected by the hybrid.

Cases have also been detected in the Netherlands and Denmark, according to the World Health Organization (WHO).

Delta was the dominant version of the CCP (Chinese Communist Party) virus, which causes COVID-19, in many countries in 2021 but was displaced in most of them by Omicron by the end of the year.

Experts so far haven’t seen any difference in the characteristics of patients who are infected with the hybrid and haven’t seen any signs that the Deltacron causes more severe cases of COVID-19, Dr. Maria Van Kerkhove, WHO’s COVID-19 technical lead, told reporters in a recent briefing.

“Unfortunately, we do expect to see recombinants, because this is what viruses do, they change over time,” she said, adding later that, “this pandemic is far from over.”

In the United States, Helix scientists and collaborators with the University of Washington Medical Center and Thermo Fisher Scientific sequenced 29,719 samples between November 2021 and February 2022 and identified 20 cases where a person was “co-infected” with the Delta and Omicron variants and two additional cases where the infection was pinpointed as being caused by the variant resulting from the recombination of Delta and Omicron.

“Our study demonstrates the existence of co-infections, the presence of a recombinant population in at least one of these co-infections, and the existence of two infections consisting almost entirely of multiple copies of a recombinant virus. However, the mechanism by which a recombinant virus comes to dominate an infection remains somewhat of a puzzle,” researchers wrote in the study, which was obtained by The Epoch Times prior to publication. It’s scheduled to be published as a preprint on the server medRxiv in the coming days.

Possibilities include the two infections starting as co-infections before the hybrid virus outcompeted the Delta and Omicron variants, according to the researchers, who were backed by the U.S. Centers for Disease Control and Prevention and the National Institutes of Health.

In France, a team funded by the government identified three cases infected by the recombinant, following earlier identification of 17 others, the team reported in a preprint study.

Professor Phillipe Colson, one of the authors, told The Epoch Times in an email that there are too few cases right now “to figure out the epidemiological and clinical features of this hybrid.”

“We wonder what a large part of an Omicron BA.1 spike (without the N-terminal domain) may change in a Delta genome regarding virus transmissibility and clinical presentation,” he added.

Scientists in Cyprus were said to initially report the hybrid in January, though some experts said the identified strain appeared to be a result of lab contamination.

John Moore, a virologist with Cornell University, said he wasn’t sure the more recently reported hybrid was real or not; both the U.S. and French teams said their results are legitimate.

Regardless, for now, there’s no reason to worry, Moore told The Epoch Times in an email.

“What’s the point? If it’s not real, it will soon fizzle out. If it is real, what good does worrying about it do? Let’s see what emerges over time, but I need a LOT more than what’s here to be concerned about yet another ‘scariant’ story,” he said.