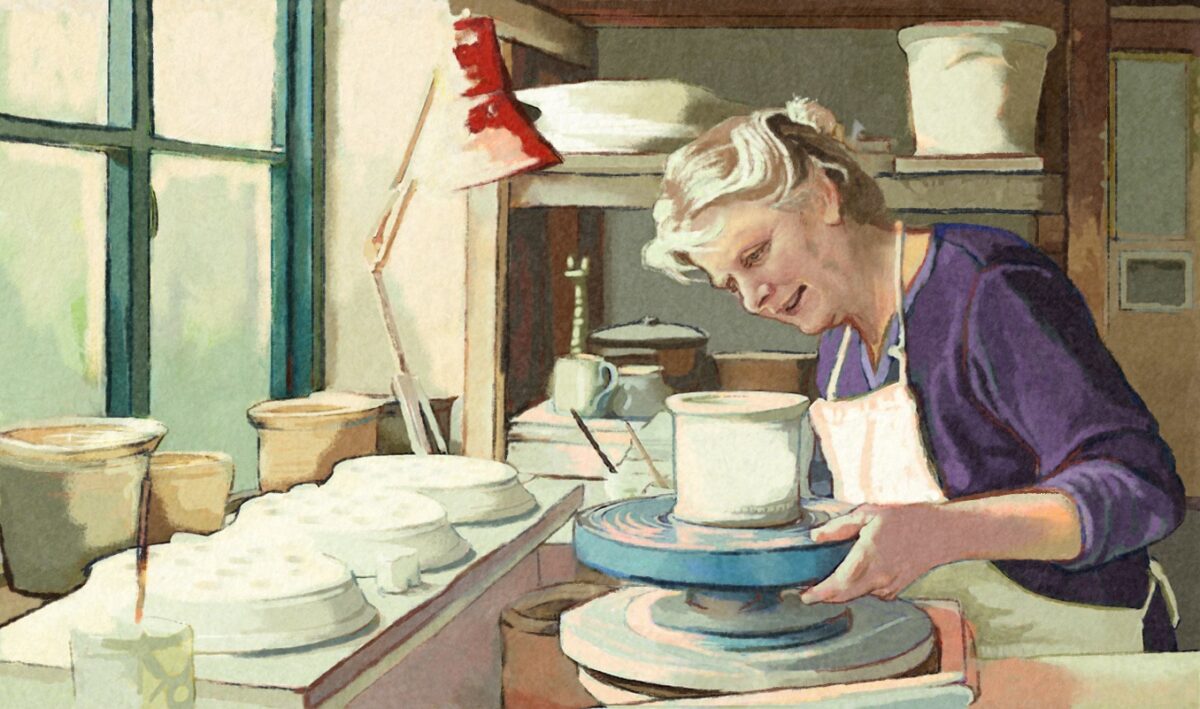 When life hands you a challenge, don't give up - get tough and overcome it. (Biba Kajevik)
Lifestyle

Grit and Gumption: They’ll Take You to the Stars

Like prizefighters, we all take hits in our lives, but the strong keep going
BY Jeff Minick TIMEApril 29, 2022 PRINT

For nearly 30 years, a woman has worked in a laundromat here in town, helping customers with the machines and washing and folding loads of drop-off laundry. Julia moves and talks slowly, her eyes have that weary, half-lost look often found in people her age, and her face is worn with care and wrinkles. When you’re 87 years old, pardon the pun, you’ve gone through the wringer.

About nine months ago, a new owner took over the business. He fired all the employees and replaced them with new staff. Most people in Julia’s shoes would have decided the time had come to call it quits.

Foreseeing her termination, she gave her phone number to her customers and told them to call her when they needed a load of wash done. The result? Today, she schedules an appointment, meets clients at the laundromat, does their washing and drying, and even charges less than the business. (Her rates are ridiculously low, so we need to work with her on that.)

Grit is endurance and resolve. Gumption is spirit and initiative. Julia has these attributes in spades.

When we look around the world, we see others like Julia: men, women, boys, and girls, who, when faced with mountains to climb, grab their ropes, picks and axes, helmets and crampons and set out. They see obstacles as hurdles and impediments to be overcome. They recognize the truth of the first paragraph of “The Road Less Traveled,” where M. Scott Peck wrote, “Life is difficult.” But they also know that difficult isn’t a synonym for impossible.

Human history abounds with examples of stamina and courage that allowed the bold to hit home runs when life hurled curve balls at them. Thomas Edison experienced a myriad of failures before he finally invented a working light bulb. Abraham Lincoln, with his poor education and political setbacks, became president of the United States. Because Bessie Coleman (1892–1926) was black, no U.S. aviation school would admit her. She learned French and got her pilot training in France. Before her death in a crash, she barnstormed around the United States, with the press dubbing her “Queen Bess.”

Closer to home, we see friends and family members with a gutsy can-do attitude. When I used to haul my daughter’s children to school, one morning I asked a granddaughter if she was ready.

A woman here who earns her living by traveling around town and cutting clients’ hair in their homes, including mine, has never once come to my house in a sour or defeated mood. Her circumstances may be modest, but she’s always upbeat, full of conversation and laughter. She has refused, in short, to be defeated.

In the movie “Rocky Balboa,” the Italian Stallion shares this advice with his son:

“Let me tell you something you already know. The world ain’t all sunshine and rainbows. It’s a very mean and nasty place, and I don’t care how tough you are, it will beat you to your knees and keep you there permanently, if you let it. You, me, or nobody is going to hit as hard as life. But it ain’t about how hard ya hit. It’s about how hard you can get hit and keep moving forward. How much you can take and keep moving forward. That’s how winning is done!”

When I look at Julia at the laundromat, I don’t see a failure. I see a tough, old female Rocky Balboa.

We’re all going to take those hits, at some time or another. Hardships and setbacks are part of the human condition. But if we dig within ourselves, if we can mine out those gems of grit and gumption that lie within us, we can keep moving forward.

Jeff Minick lives and writes in Front Royal, Va. He’s the author of two novels, “Amanda Bell” and “Dust On Their Wings,” and two works of nonfiction, “Learning As I Go” and “Movies Make The Man.”