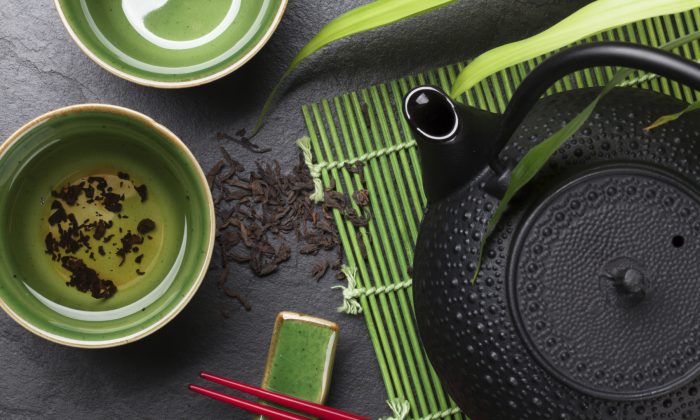 Aside from pure water, green tea is arguably one of the healthiest beverages around, with research pointing to impressive health benefits for your heart, bones, weight, vision, and even your brain.

Tea comes from the evergreen plant called Camellia sinensis. It’s the processing that gives it its color and taste. For green tea, the leaves are unoxidized (not exposed to oxygen), and this minimal processing may help to keep the beneficial antioxidants intact.

If you’re interested in improving your health, and specifically your brain health, green tea is definitely worth considering.

In a new study of 12 healthy volunteers, those who received a beverage containing 27.5 grams of green tea extract showed increased connectivity between the parietal and frontal cortex of the brain compared to those who drank a non-green tea beverage.

The increased activity was correlated with improved performance on working memory tasks, and the researchers believe the results suggest green tea may be useful for treating cognitive impairments, including dementia. According to the study authors:

“Our findings provide first evidence for the putative beneficial effect of green tea on cognitive functioning, in particular, on working memory processing at the neural system level by suggesting changes in short-term plasticity of parieto-frontal brain connections.

Modeling effective connectivity among frontal and parietal brain regions during working memory processing might help to assess the efficacy of green tea for the treatment of cognitive impairments in psychiatric disorders such as dementia.”

In this case, the researchers also suggested that the effects might have been strengthened if the volunteers had consumed a pure green tea extract, as opposed to a green tea-fortified beverage. And that is one of the great things about tea – if you don’t enjoy it as a beverage (or if you only drink it on occasion), you can still get the health benefits by consuming it in supplemental extract form.

Your brain is only one part of your body that might benefit from green tea, which is recognized as an abundant source of epigallocatechin-3-gallate (EGCG), a catechin polyphenol, and other antioxidants. So what else is green tea good for?

Drinking green tea is associated with reduced mortality due to all causes, as well as mortality due to heart disease. Research also shows holistic benefits to green tea consumption, including lower blood pressure, oxidative stress, and chronic inflammation.

Green tea improves both blood flow and the ability of arteries to relax, with research suggesting a few cups of green tea each day may help prevent heart disease.

One study found people who consume six or more cups of green tea daily had a 33 percent lower risk of developing type 2 diabetes than those who consumed less than one cup per week.

There is some evidence that long-term consumption of green tea catechins is beneficial for burning fat and may work with other chemicals to increase levels of fat oxidation and thermogenesis. According to research in Physiology & Behavior:

“Positive effects on body-weight management have been shown using green tea mixtures. Green tea, by containing both tea catechins and caffeine, may act through inhibition of catechol O-methyl-transferase, and inhibition of phosphodiesterase. Here the mechanisms may also operate synergistically.

A green tea-caffeine mixture improves weight maintenance, through thermogenesis, fat oxidation, and sparing fat free mass… Taken together, these functional ingredients have the potential to produce significant effects on metabolic targets such as thermogenesis, and fat oxidation.”

Green tea polyphenols combined with a form of vitamin D called alfacalcidol could boost bone structure and strength, according to a new study in mice. The mixture may reverse damage to bones caused by lipopolysaccharide (LPS) induced chronic inflammation, which could in turn reduce the risk of osteoporosis.

Green tea is a relative newcomer in the bone-health arena, but previous studies have also found that epigallocatechin-3-gallate (EGCG), a component of green tea, blocks the activity of two molecules, IL-6 and cyclooxygenase-2 (Cox-2), which play a role in breaking down bone.

Catechins in green tea could help protect you against glaucoma and other eye diseases, as research found that the compounds travel from your digestive system into the tissues of your eyes. During the study, the catechins found in green tea were absorbed into various parts of the eyes anywhere from 30 minutes to 12 hours after rats were given tea.

Green tea components have been shown to downregulate the expression of proteins involved in inflammation, cell signalization, cell motility, and angiogenesis, while an association between green tea intake and decreased risk of cancers (including ovarian and breast) has been reported.

If you’re drinking green tea hoping to increase your antioxidant levels, you should know that some green tea brands contain very little antioxidants. An analysis of the strength and purity of more than 20 green tea products by ConsumerLab.com found that EGCG levels in bottled green tea can range from just four milligrams (mg) per cup to 47 mg, while brewable green tea (from tea bags, loose tea or a K-cup) contained levels ranging from 25 mg to 86 mg per serving.

Much of the research on green tea has been based on about three cups daily, which is easily attainable for most people.

One variety, bottled Diet Snapple Green Tea, reportedly contained almost no EGCG, while Honest Tea Green Tea with Honey contained only about 60 percent of the 190 mg of catechins claimed on the label.

Green tea brewed from loose tea leaves appeared to offer the most potent source of antioxidants like EGCG. One variety, Teavana, contained 250 mg of catechins per serving; green tea sold in bags from brands like Lipton and Bigelow contained lower levels, although represented a more cost-effective alternative. The different tea brands also varied significantly in the amount of caffeine the products contained. While some contained virtually none, others contained 86 mg per serving, which is similar to the amount of caffeine in a regular cup of coffee.

You Need to Be Careful About Pollutants in Green Tea

Similar to the problem with seafood (where the beneficial nutrients are all but cancelled out due to high levels of pollution), tea may also contain an inordinate amount of toxicants. Green tea plants are known to be especially effective at absorbing lead from the soil, which is then taken up into the plant’s leaves. Areas with excessive industrial pollution, such as China (where nearly 90 percent of the world’s green tea is produced), may therefore contain substantial amounts of lead.

According to the ConsumerLab.com analysis, tea from brands like Lipton and Bigelow contained up to 2.5 micrograms of lead per serving compared to no measurable amounts in Teavana brand, which gets its tea leaves from Japan. While the lead in the tea leaves is not thought to leach very effectively into the tea you end up drinking, if you’re consuming Matcha green tea, one of my favorites, it’s especially important that it comes from Japan instead of China. Matcha tea contains the entire ground tea leaf, and can contain over 100 times the EGCG provided from regular brewed green tea. You just need to be sure that the radiation levels of the product are checked.

That said, because you’re consuming the entire leaf, you want to be sure it comes from a non-polluted, high-quality source. The best Matcha green tea comes from Japan and is steamed, rather than roasted or pan-fried. As a result, Matcha green tea retains all the nutrient-rich value possible from the tea leaf, without additives or contaminants. Both black and green teas are naturally high in fluoride, even if organically grown without pesticides. This is because the plant readily absorbs fluoride thorough its root system, including naturally occurring fluoride in the soil.

According to fluoride expert Jeff Green, there are reports of people who have developed crippling skeletal fluorosis from drinking high amounts of iced tea alone. If you live in an area with fluoridated drinking water, as the majority of Americans do, then you could be getting a double dose of fluoride when you drink tea. When selecting tea of any kind, it should preferably be organic (to avoid pesticides) and grown in a pristine environment because, as mentioned, tea is known to accumulate fluoride, heavy metals, and other toxins from soil and water, so a clean growing environment is essential to producing a pure, high-quality tea.

What to Look for in Green Tea

Even a Few Cups a Day Is Healthy

There is a misconception that it takes pot upon pot of green tea to add up to any significant benefits. In reality, much of the research on green tea has been based on about three cups daily, which is easily attainable for most people. A cup of green tea will give you anywhere from 20-35 mg of EGCG, so three in a day will supply you with 60-105 mg. There are some studies that have used much higher doses than this — upwards of 1,500 mg a day — but as of now there’s clear-cut evidence of exactly how much is best.

If you’re new to tea brewing, you’ll discover it’s a bit of an art, just like brewing the perfect cup of coffee. Many enjoy using loose tea leaves, which ConsumerLab.com found may offer even more antioxidants (while also avoiding potential toxicants in tea bags). Once you find your “sweet spot” you may never go back to bagged tea again. Here are a few simple guidelines for making the “perfect” cup of tea: