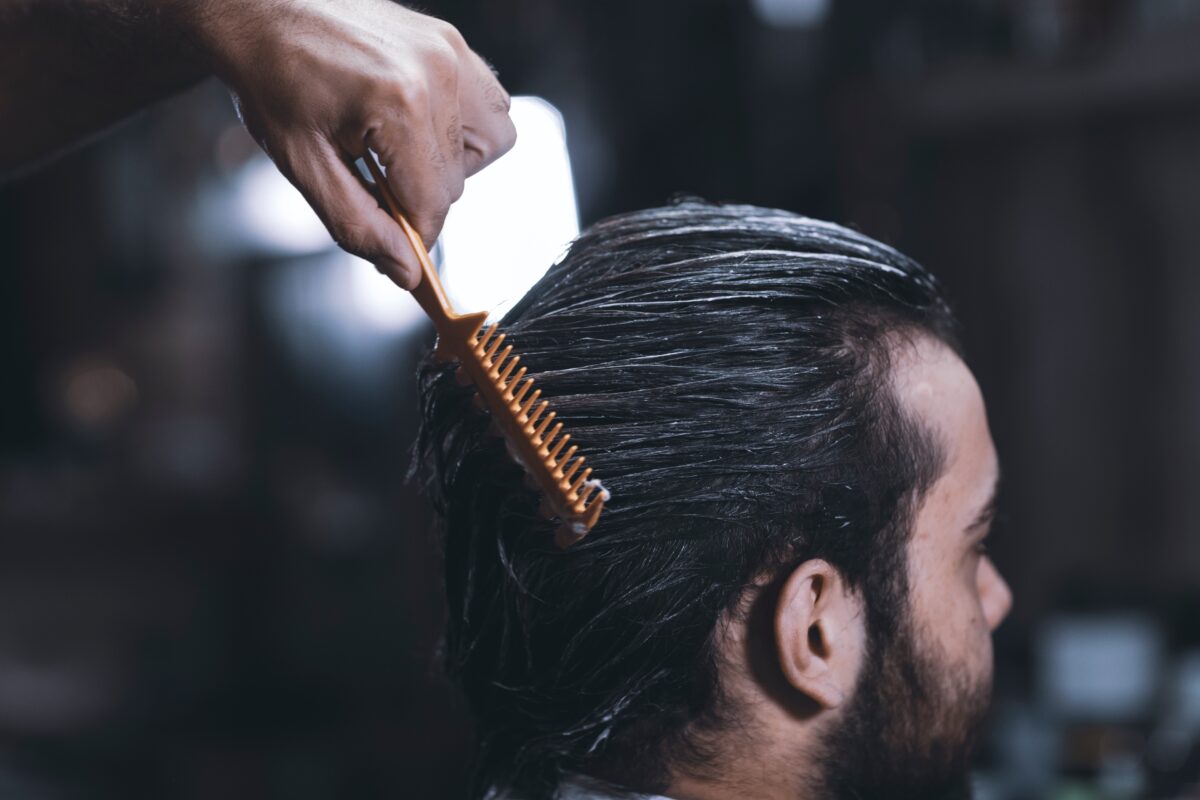 Gray Hair Isn’t Necessarily Inevitable: When It Is and Isn’t Reversible

Many people dye their hair as soon as they start seeing gray hair. However, there is no need to worry, as some people’s graying is reversible.

Did you know? Human hair is originally white. Before it emerges from the scalp, melanocytes inject melanin into the hair cells that contain keratin, giving the hair the different colors that we see. Keratin is the protein that makes up hair, nails, and skin. And there are two types of melanin: pheomelanin (responsible for ginger and red shades) and eumelanin (responsible for brown and black shades).

As we age, our body’s melanin production gradually decreases, causing hair to turn gray and white. According to the Library of Congress, after the age of 30, the chance of growing gray hair increases by 10 percent to 20 percent every decade.

Dr. Yishan Tsai, director of the Department of Dermatology at Jingyan Clinic, pointed out that this process of graying is due to aging, so after the age of 30, the emergence of a few gray hairs is totally normal.

However, there are some factors that can turn people’s hair gray earlier or grow more gray hair than people of the same age:

Stress causes the body to produce too many free radicals, which will attack melanocytes, resulting in a lack of melanin and the growth of gray hair.

Young and middle-aged people may have gray hair due to excessive stress. Dr. Tsai has met a young patient whose hair grew gray hair before the age of 25 due to stress in her first job after graduating from college, even though there was no family history of the disease. She also suffered from spot baldness (alopecia areata), a hair loss disease, thought to be stress-related.

Smoking also causes the body to produce more free radicals, which cause abnormal oxidation in the body and damage to melanocytes.

In a 2013 study conducted in India, a significant association between premature graying before the age 30 and smoking was found in 104 subjects out of a total of 207.

Vitiligo, hypothyroidism, and other autoimmune diseases can cause hair graying, which can occur at any age.

Vitiligo can occur throughout the body and, if it occurs on the scalp, it can affect the hair. One of the better known autoimmune diseases is Hashimoto’s thyroiditis, which can also cause gray hair to grow.

Among the factors that make people grow gray hair early, genetic ones were the most common in the past. However, modern people have high oxidative stress due to stress and lifestyle factors, so there are more people with premature graying and/or a lot of gray hair.

According to Dr. Tsai, in clinical observation, genetics and oxidative stress factors now each cause around half of the early graying cases.

Gray Hair Can Be Reversed in 2 Cases

When gray hair emerges, is there a way to reverse it other than dyeing it?

People look to medicine to improve gray hair. According to Dr. Tsai, in a study conducted in Spain in 2017, 52 lung cancer patients were given an immune drug, and 14 of them had their gray hair reversed to its original colors. However, this drug is still only available for lung cancer patients. Although some companies are also developing drugs to reverse gray hair, there is no good news yet.

However, in two situations, there is a chance to turn gray hair to its original color.

If the disease that has caused the graying is treated, the gray hair can be improved.

If vitiligo is controlled by drugs, the patient’s skin and hair can return to their original colors. The gray hair caused by autoimmune diseases also has the opportunity to reverse to its original color.

For gray hair caused by stress and smoking, Dr. Tsai pointed out that if a patient quits smoking and/or learns to relieve stress after the gray hair first appears, he or she has a chance to reverse gray hair.

Columbia University published a new study in June 2021, showing that when life stress makes hair turn gray, there is still a chance to reverse and restore the original color of the hair.

A total of 14 subjects with an average age of 35±13 years were recruited for the study. Their individual hairs were analyzed, and the results were compared with each volunteer’s stress diary to assess the association between stress levels and hair changes.

As it turned out, the researchers found that some people’s hair had turned gray, but after their stress was eliminated, the hair reverted to its original colors.

For example, after a 35-year-old man went on a two-week vacation, the five gray hairs on his head turned back to their original auburn color, and the period of new hair growth corresponded to the travel time.

When comparing his stress diary entries, it was discovered that the time of the man’s gray hair reversal closely coincided with a decrease in his life stress and the least stressful month in the past year.

Another example involved a 30-year-old Asian woman, who was under the most stress during her separation from her spouse and the subsequent relocation, causing her hair to turn gray. However, after the relocation took place, her hair turned back to black.

Researchers pointed out that there is a significant association between stress and hair graying, and in some cases, as stress decreases, the pigment is restored. Moreover, gray hair that grows mainly in the frontal lobe, temporal lobe and parietal lobe areas of the scalp (that is, on the forehead, crown and sides of the head) has the best chance of reversal after stress is eliminated.

However, this method does not apply to the elderly, as researchers do not believe that reducing the stress of 70-year-olds will reverse their hair colors.

There are many ways to relieve stress, such as sitting in meditation, deep breathing, singing, traveling, and exercising. Exercise not only relieves stress, but also keeps the heart and lungs healthy, improves circulation, and is beneficial to scalp health.

Dr. Tsai reminded us that if a gray hair is related to aging, and if that particular hair follicle has been growing gray hair for more than several years, the chance of this particular hair reversing its color is also very low.

To reduce the oxidative stress in the body, it is best to maintain a normal routine to avoid frequent late nights, which can create more free radicals in the body. At the same time, we should avoid dietary bias, as a balanced diet can prevent premature graying and slow down the speed of graying.

A 2018 review study by the Mayo Clinic found that hair can turn gray when it is deficient in certain nutrients, such as protein, copper, iron, calcium, zinc, vitamin D, or vitamin B12.

The foods rich in certain nutrients are:

“I recommend salmon and broccoli to my patients,” said Dr. Tsai. Salmon contains high quality protein and omega-3-rich fish oil. Omega-3 can help the body fight oxidation and reduce the damage caused by free radicals in the body. Broccoli is a cruciferous vegetable and also rich in antioxidant nutrients.