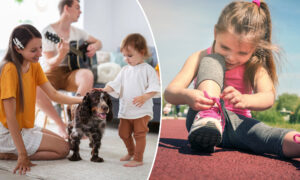 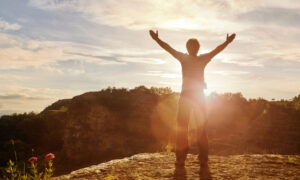 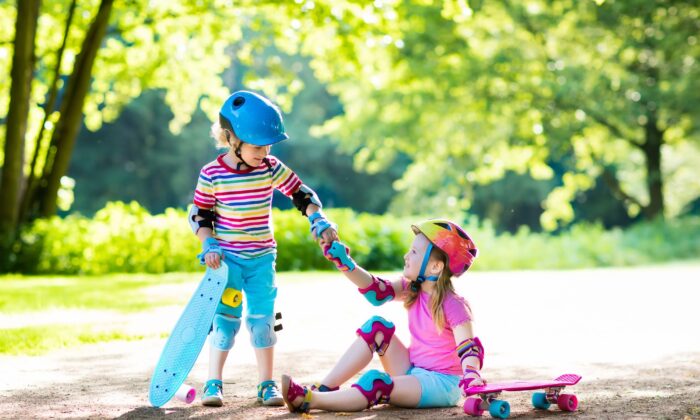 Gratitude Can Calm Our Urge to Compete With Others

Gratitude could help us get through the pandemic without turning on each other, a new study suggests
By Jill Suttie
Print

In the midst of the coronavirus outbreak, we are seeing many acts of kindness and even heroism. Neighbors look out for one another by buying groceries or singing songs together. When doctors, nurses, and paramedics ran out of masks, people donated or sewed new ones.

But not all people act kindly when feeling threatened. There are those who hoard medical supplies or refuse to stay physically distant from others. Sadly, some become more selfish when they think we’re competing against each other for survival.

How can we avoid reacting in self-serving or vindictive ways during the pandemic? A new study suggests that practicing a little gratitude may be useful.

In this study, participants from the National University of Singapore played the “Trucking Game”—a research tool that measures how people bargain or cooperate in conflict situations. In the game, players try to get from point A to B as quickly as possible, while opponents can assist or block players at will. The game is over when both players reach their end point.

Before playing the game, some participants were asked to write about a situation that made them feel grateful, while others recalled events that brought them joy or were emotionally neutral (like their daily routine). When it came time for participants to play the game, they didn’t know the other player wasn’t a real person but a set of preprogrammed, highly competitive moves.

Participants had opportunities in the game to thwart the other player by blocking routes along the way or not stepping aside to let them pass, and many of the participants did so when faced with a competitive opponent. However, those induced to feel gratitude were much less likely to block their opponent’s progress than those who’d been primed to feel joy or no particular emotion.

While not entirely surprised by these findings, study coauthor Lile Jia was impressed by them—especially given how competition usually brings out our worst instincts.

“Showing that gratitude can ameliorate competitive impulses in this setting speaks to the potency of this emotion in reducing undesired competition,” says Jia.

To further test these results, he and his colleagues set up another experiment, this time using a random group of Americans of various ages (instead of the original group of Singaporeans, to see how culture might affect results). Participants were told they would be paired with another player (though, actually, there was no other player) to compete in a moderately difficult and timed word game. Before playing the game, they were induced to feel either gratitude or a neutral emotion.

After “losing,” participants were told that their opponents would be entering another competition that involved solving anagrams for a chance to win a cash prize. The participants could choose one of three clues to help their opponent solve the anagrams more quickly, with clues ranging from least helpful (“it starts with the letter P”) to most helpful (“it starts with the letter P and it’s an organ in your body”). Choosing less helpful clues was considered a form of vindictiveness.

Results showed that participants induced to feel gratitude were much more likely to give the most helpful clues than participants in a neutral mood. Even under circumstances where they might want revenge, people who felt grateful were less likely to be vindictive.

“Sabotaging their partner’s chance of winning a lottery did not directly benefit the participants, who had already been eliminated from the competition—yet this harmful impulse existed,” says Jia. “Fortunately, the impulse was weakened among those induced to feel grateful.”

Why would gratitude reduce feelings of vindictiveness? Jia says it might be because grateful people are less selfish and show greater empathy toward others, in general. Given that people often respond to competition by becoming more competitive themselves—at the expense of others—it’s little wonder that gratitude might reduce this tendency.

Jia’s study adds to our understanding of the power of gratitude by showing how it helps people be kinder to others in unfavorable as well as favorable circumstances. This could have huge consequences when we are in situations where we may be tempted not to cooperate or to lash out at others—like during the current pandemic.

“In such threatening interactions, destructive behavioral cycles are easily established,” says Jia. “The present research underscores the potential of gratitude in stopping such destructive spirals.”

Jia points to other ways gratitude can help during the pandemic, too—by strengthening relationships and building a sense of community.

Research suggests that practicing gratitude helps people “gel,” he says, encouraging them to coordinate their actions toward a particular goal—something relevant to our current need to shelter in place. So long as cooperation is the norm in this situation, and grateful people don’t feel that they are being taken advantage of, encouraging more gratitude is all to the (greater) good.

Jia’s research reinforces the importance of practicing gratitude as we go through this pandemic. Not only will it help us be more cooperative, it’s good for our personal well-being, too—protecting our mental health and making us feel more positive and optimistic about the future.

“If we take a broader look at the benefits of gratitude, then the argument for encouraging feeling more gratitude becomes all the stronger,” says Jia.