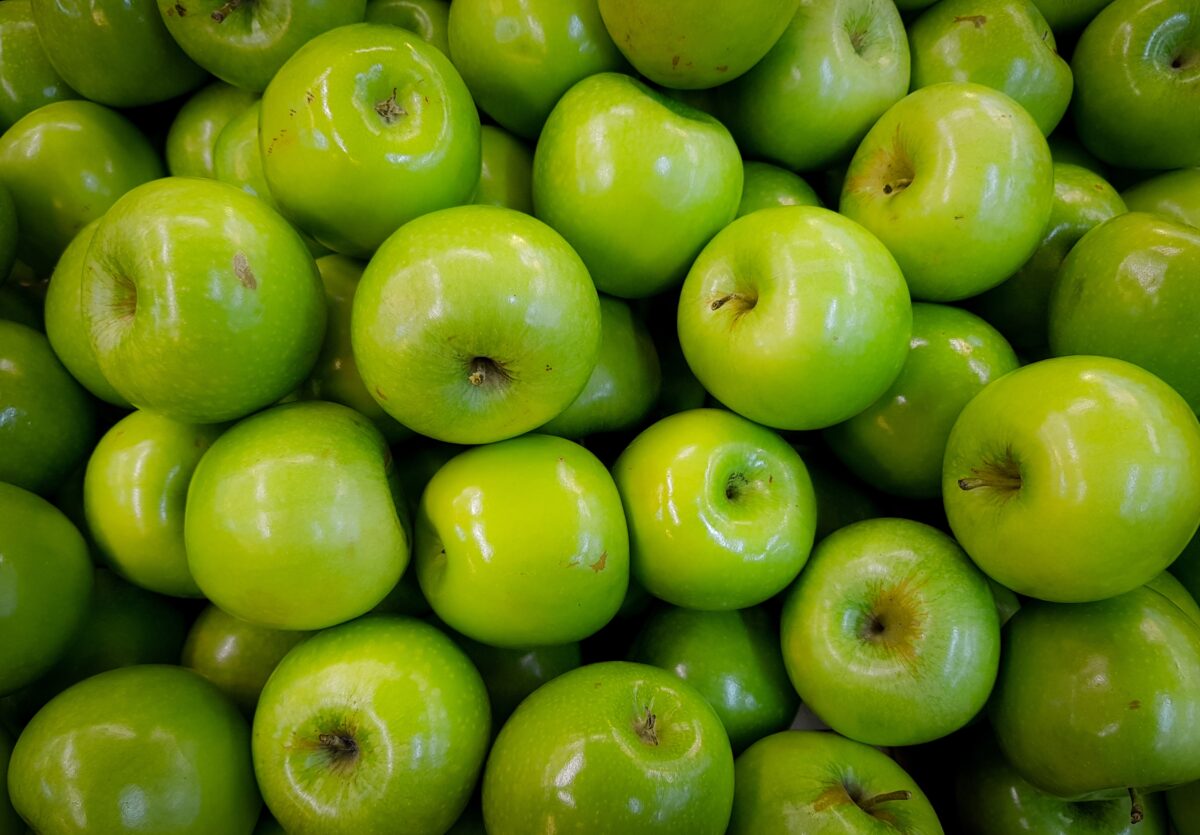 An apple a day may keep the doctor away, but – as a bonus – apples will greet good gut bacteria with open arms.  And that’s because researchers recently uncovered evidence that apples build a community of healthy bacteria in the colon.  This is due to their high content of non-digestible compounds, including fiber and polyphenols.

While the health benefits of eating apples have been known for years, researchers recently began evaluating the various varieties for differences in the amount of non-digestible compounds they contained, hoping the result could bring new hope to obese individuals.  As it turns out, Granny Smith apples are a cut above the rest.

Scientists found that the colons of obese animals contain a different bacterial makeup than the bacterial communities found in the colons of their skinnier counterparts.

All apples, but the Granny Smith variety, in particular, are known to promote the growth of healthy bacteria found in the colon.  This is because of their high volume of non-digestible compounds, such as dietary fiber and polyphenols, and the comparatively low levels of available carbohydrates.

The non-digestible compounds remain intact throughout the digestive process before reaching the colon.  Upon their arrival, they are fermented by existing bacteria in the colon, aiding in the growth of friendly microbes in the gut.

By unlocking ways to promote the growth of the so-called “good” bacteria while discouraging the presence of less desirable gut inhabitants, researchers are hoping to reduce the occurrence of diabetes and other metabolic disorders associated with obesity.

In a study by Washington State University, researchers sought to compare several apple varieties to determine if any were superior in amounts of non-digestible compounds they contain, the key to reduced inflammation in the gut, which often leads to diabetes over time.  Their study looked at Granny Smith as well as Braeburn, Fuji, Gala, Golden Delicious, McIntosh, and Red Delicious apple varieties.

Lead study author and food scientist Giuliana Noratto said that the non-digestible compounds in the Granny Smith apples actually changed the types and amounts of fecal bacteria commonly exhibited by obese mice.  Instead, the mice exhibited bacterial growth typically found in the colons of lean mice.  The study was published in the journal of Food Chemistry.

The researchers hope the study results help consumers to target apple varieties most likely to reduce inflammation in the gut and promote a healthy bacteria community.