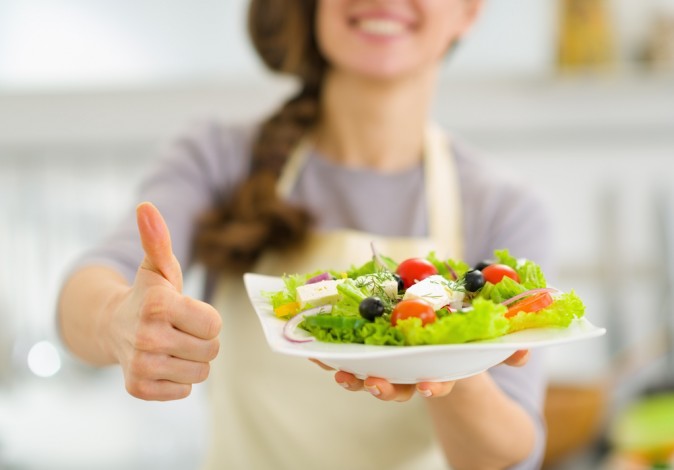 My book, The No Grain Diet, was published in 2003 and my clinical recommendation included eliminating gluten as a first line intervention before I would fine tune a patient’s diet.

It’s taken well over a decade, but the Gluten-Free, Low-Carb Paleo (GFLCP), which is essentially the same kind of high-fat, moderate-protein, low-carb diet I’ve been promoting, is now hitting the mainstream. Gluten-free diets are also becoming widely recognized.

For those with celiac disease, avoiding gluten is vital, but physicians are also starting to recognize that many have some sort of gluten intolerance, and fare better on a gluten-free diet.

Now, the US Food Administration (FDA) will start to crack down on food manufacturers misusing the gluten-free label, which is good news for those trying to avoid gluten.

Four years ago, I warned that many food products bearing the gluten-free label were in fact contaminated with sometimes high amounts of gluten. In one study, even naturally gluten-free products tested positive to gluten, courtesy of cross-contamination during processing.

In August 2013, the FDA issued a standard for gluten-free labeling, requiring any product bearing the label to contain less than 20 parts per million (ppm) of gluten. As reported by CNN at the time:

“The new regulation is targeted to help the estimated 3 million Americans who have celiac disease, a chronic inflammatory auto-immune disorder that can affect the lining of the small intestine when gluten is consumed. Gluten is a protein composite found in wheat, rye, barley and crossbreeds of these grassy grains.

‘Adherence to a gluten-free diet is the key to treating celiac disease…’ said FDA Commissioner Margaret A. Hamburg… ‘The FDA’s new ‘gluten-free’ definition will help people with this condition make food choices with confidence and allow them to better manage their health.'”

According to the rule, in order for a food to bear the label “gluten-free” it must be:

Naturally gluten-free grains include rice, corn (just make sure it’s non-GMO), quinoa, sorghum, soy (which I don’t recommend eating for other reasons), flax, and amaranth seed. The following foods may NOT use the gluten-free label:

Most People can Benefit from Avoiding Grains

The deadline for compliance was August 5, 2014. You may still find some products manufactured before the deadline that may not conform to this standard, however.

The gluten-free labeling standard should make it much easier to comply with a gluten-free diet, whether you’re suffering from celiac disease or gluten sensitivity or not.

Celiac disease is really just one of several autoimmune disorders that can be significantly improved by avoiding grains. The autoimmune thyroid disease known as Hashimoto’s is another disorder where gluten avoidance is very important.

Similarly, if you want to avoid heart disease, high cholesterol, type 2 diabetes, or even cancer, you’d also want to severely limit your grain consumption, or avoid grains entirely. The reason for this is because grains and sugars are inherently pro-inflammatory and will worsen any condition that has chronic inflammation at its root.

In my experience, about 75-80 percent of ALL people benefit from avoiding grains, even whole sprouted grains, whether you have a gluten intolerance or not. The ONLY carbohydrates your body really needs are vegetable carbs. All sugar/fructose and all grains, including the “healthful” ones, will tend to raise your insulin levels, which is a detriment to your health.

I’m quite pleased to see that the high-fat, moderate protein, low-carb diet I’ve been recommending is now being embraced by a number of athletes. This eating plan is in stark contrast to traditional carb- and protein-loading.

The idea behind carb-loading is to saturate yourself with carbs so your muscles will have plenty of glycogen to go on while you exercise. This can work well for really fit athletes that have an intense workout regimen.

However, I believe it is totally inappropriate for the vast majority of non-athletes that exercise casually. There’s also compelling reasons for professional athletes to rethink carb-loading, for the fact that high-fat, low-carb diets provide more long-lasting fuel and has an overall better impact on metabolism.

Athletic superstars like NBA players LeBron James and Ray Allen claim to have switched to a low-carb diet with beneficial results.4