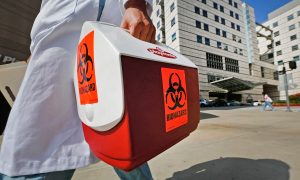 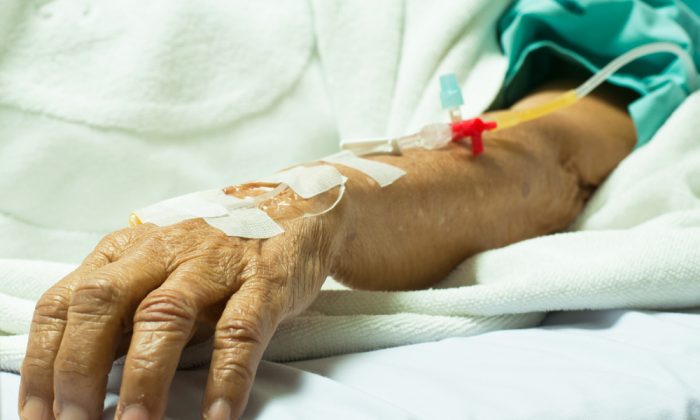 Golden Staph: The Deadly Bug That Wreaks Havoc in Hospitals

Take this quick medical pop quiz: which of the following conditions would you prefer to have during your next stay in hospital? A. Staphylococcus aureus (golden staph) bloodstream infection; or B. a heart attack?

I am guessing most non-medical readers voted for the Staph option and, if my experience is anything to go by, the majority of medical readers will have also made a microbial choice.

The disturbing truth is that a Staph aureus bloodstream infection has a 12-month death rate of between 20 and 35%, compared with 3-5% for a heart attack in hospital. Although antibiotic-resistant Staph aureus (MRSA) infections carry a slightly higher death rate, even the drug-sensitive Staphs are among the most potent of pathogens.

Staph aureus lives on our skin and in our nose where it usually causes no harm. But if we are admitted to hospital and have an intravenous catheter inserted through our skin, the Staph aureus can be carried on the tip of the needle into the vein.

Usually our immune system mops up any stray microbes but the reason for coming to the hospital in the first place may have weakened our defences. Infections such as pneumonia, the effects of cancer and its treatment, diabetes, drugs that suppress the immune system and surgery make us more vulnerable to hospital-acquired infections.

Very sick patients often require long-term intravenous access through central venous catheters (which are inserted into a large vein at the chest, neck or groin). These carry a higher risk of infection than small peripheral cannulas, usually inserted in veins of the hand or arm.

Patients with bloodstream infections develop chills, fever, headache, muscle and back pain and may go on to develop failure of one or more organ systems.

The complications of Staph aureus bloodstream infections (which, going back to our quiz, include a heart attack) may take weeks or months to develop; by the time the patients who survive have been discharged from the intensive care unit, the original infection may have been forgotten.

Nearly 90% of the infections occurred in the 115 major and large Australian public hospitals. To make sensible comparisons, hospitals are grouped by their size and the complexity of the patients they treat. Patients with burns, cancer, HIV and those who have undergone surgery are considered to be more vulnerable to infection.

The agreed national benchmark is less than 2.0 per 10,000 patient days and only a handful of hospitals exceeded this rate.

While these data show that the risk of Staph aureus infection for an individual patient is low, when considered across the entire health system it reveals an important and costly problem.

These figures only relate to infections that have been acquired in a health-care setting. Staph aureus can also originate in people in the community who have had no contact with the health system and these infections also carry a high risk of death.

There isn’t much we can do to reduce community Staph aureus blood stream infections but we can influence the number of hospital-associated infections – as these data so happily show. One important reason for the reduction is the increasing compliance of health-care workers with hand hygiene.

The most recent data from Hand Hygiene Australia show that average compliance in Australian hospitals is now 81.9% across the five “moments” of hand hygiene. Even my recalcitrant doctor colleagues have lifted their game – from an average of 59.6% in 2011, they have now reached 70.2% (which, I am ashamed to say, is still 15.3% behind our much cleaner nursing colleagues).

Other reasons for the reduction include the implementation of protocols for the insertion, maintenance and early removal of central venous catheters and, possibly, the increased preference for peripherally inserted central catheters.

Staph aureus is only one of many bacteria that can invade the bloodstream but, for the moment, it is the only centrally monitored and reported bacteria in Australia. Gram-negative bacteria such as E. coli are increasingly common causes of serious infections and antibacterial resistance is arguably a more important problem in these organisms. We need to watch this medical space.

Nevertheless, the modest 6% reduction in the number of bloodstream infections indicates that something as banal as keeping your hands clean can make a real difference. The 100 hospitalised patients who didn’t get a Staph aureus blood stream infection last year will never know how lucky they were.

*Image of “hand” via Shutterstock