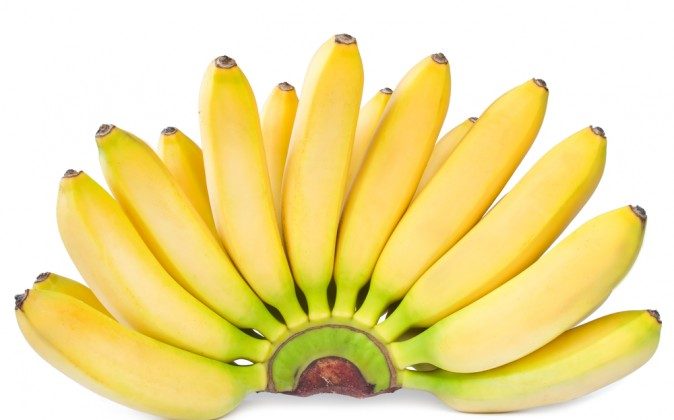 Scientists in Australia think they know better than God what levels of vitamins and minerals should exist in food, and they are on a mission to engineer new varieties that achieve these unnatural levels. Despite the recent failure of genetically modified (GM) “Golden Rice” with artificially elevated levels of beta-carotene, biotechnologists are quietly shifting their efforts to a new GM banana that contains high levels of provitamin A, which they plan to force on impoverished Africans.

The UK’s Independent recently ran a story on the GM banana, which its creators have presumptuously announced will reduce blindness and infant mortality in poor children living throughout Africa. Like with Golden Rice, the message once again being conveyed is that nature’s offerings are inadequate to provide nourishment for humans, and thus require tinkering by egotistical scientists who think they have it all figured out.

According to reports, the goal of the project is to introduce the GM banana commercially in Uganda by 2020, pending the success of upcoming human trials. But as explained by GMWatch, the GM banana has never been tested on animals in accordance with the law in many countries, including in Europe where 90-day animal feeding trials of new GM crops are required before they can gain approval for testing on humans.

GM Banana Designed for Africa to Be Tested on Americans

Upon first glance, it might be assumed that human trials of the new GM banana will take place in Africa as has typically been the case with other GM crops, as well as vaccines, in the past. But The Independent explains that the trials are actually set to take place in the U.S. on ordinary Americans, who are not the target population.

“Some 10kg of the resulting ‘elite’ banana crop is now being sent to the United States for the world’s first human test of a GM banana to assess how successful it is in producing higher levels of vitamin A in the body,” wrote Cahal Milmo for The Independent, noting that the crop has already been grown on test plots for this very purpose.

“The results should be known by the end of this year and if legislation being studied by Ugandan legislators to licence the commercial sale of GM crops becomes law the first plants could be available to farmers and smallholders within six years.”

Funding for the project is coming exclusively from the Bill & Melinda Gates Foundation, the brainchild of former Microsoft CEO Bill Gates, one of the world’s most outspoken GMO advocates. The Gates Foundation, as you may recall, is closely aligned with GMO giant Monsanto, and the foundation actually owns hundreds of thousands of shares in the company.

Gates has repeatedly tried to push GMOs into Africa through his Alliance for a Green Revolution in Africa (AGRA), a program that he claims will end poverty and hunger in the most afflicted African nations. In truth, the program is a Trojan Horse intended to rob Africans of their agricultural heritage by locking them into dependency on GMOs and chemical-based agriculture.

But so far, many of these efforts have been a failure, mainly because vitamin-enhanced GM crops don’t work and aren’t safe. Rather than seek to enhance the diets of those who are starving or malnourished through supplementation or education on how to diversify the crops they grow — in Uganda, as much as 70 percent of the population relies on just bananas for sustenance — those pushing the new GM banana would rather use disenfranchised humans as guinea pigs in a massive exploitation of agriculture.

“There is evidence that too much beta-carotene can be cancerous so what happens when people who are not vitamin A deficient eat this crop?” asked Dr. Helen Wallace of GeneWatch. “There are more effective solutions to these issues such as targeted supplements and diversification of crops.”

For more information and breaking news on the biotech industry, visit GMOs.NaturalNews.com.

*Image of “bananas” via Shutterstock