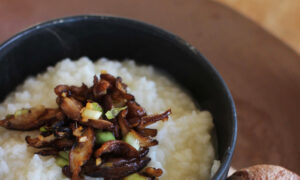 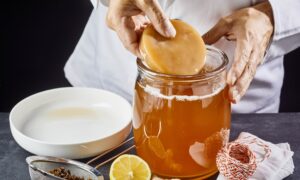 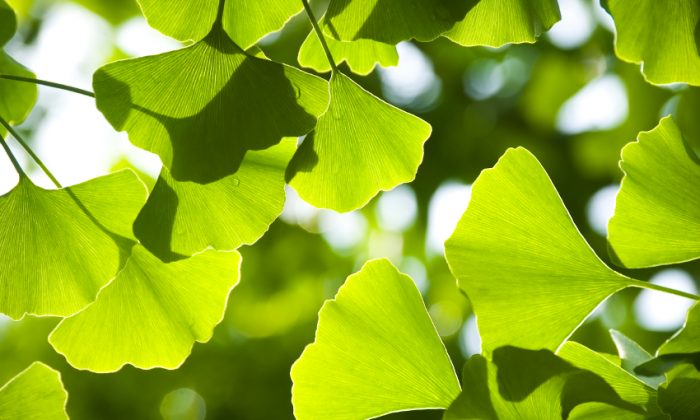 No other plant alive today has a leaf like a ginkgo tree. (toto8888/iStock)
Chinese Medicine

Ginkgo's reputation as a memory tonic is fading, but it still has many other benefits
By Conan Milner
Print

Few plants have as fascinating or as long a history as the ginkgo tree.

Ginkgo is old. Really old. It comes from the time of the dinosaurs, and has unique features unlike any plant alive today. Botanists consider it a “living fossil.”

At least 150 million years ago ginkgo grew all across the Northern Hemisphere, but was virtually wiped out in a major extinction event following the last ice age. Luckily, a few specimens survived in China. According to legend, Chinese and Tibetan monks recognized the value of this rare tree and began to cultivate it. The reason we have any ginkgo trees today is thanks to their efforts.

Ginkgos are revered throughout Asia where the tree has come to symbolize longevity and enlightenment. The world’s oldest specimens grow outside temples and monasteries in China. A large ginkgo growing in Shanxi Province is believed to have been planted by Taoism founder, Lao Zi. Another tree found outside Di Lin temple in Shangdong Province is estimated to be more than 3,000 years old.

Ginkgo has been a Chinese food source and folk medicine for thousands of years. Today, it is one of the most widely used and studied herbal medications in the world.

Ginkgo leaf extract has been the subject of over 400 published studies. It has demonstrated circulation improvement throughout the body, most notably to the head. For this reason, ginkgo has been used for decades to improve memory and prevent dementia.

However, ginkgo may not be as effective a memory medicine or dementia preventative as was once believed. While some research from the 1980s showed promise in improving memory, in better and more recent trials ginkgo’s memory reputation failed to pan out. An important 2009 study published in the Journal of the American Medical Association examined over 3,000 seniors for eight years. Researchers found that ginkgo had no effect on cognitive decline.

Ginkgo may not prevent dementia, but some research suggests it may benefit people who already have Alzheimer’s disease. These studies find that ginkgo extract is just as effective as the approved Alzheimer’s drug, Aricept, but without the side effects. In other trials, ginkgo has demonstrated some ability to treat PMS, anxiety, depression, and macular degeneration.

Many consider ginkgo leaf to be a cardiovascular tonic, and use it to treat high cholesterol, high blood pressure, coronary artery disease, and angina pectoris. According to researchers, ginkgo’s medicinal power comes from antioxidants and flavonoids.

Just as modern researchers are finding uses for ginkgo the ancient Chinese did not acknowledge, our ancestors saw attributes in the ginkgo tree that we would certainly overlook. According to Ming Dynasty medical scholar Li Shizhen, Taoist magicians used to carve their magic spells and symbols on old ginkgo wood to gain access to the spirit world.

Most modern applications for ginkgo were unknown to herbalists of the past. Likewise, modern emphasis on the leaf is a fairly recent development. Ancient Chinese herbalists were much keener on the ginkgo nut, which is traditionally used to treat lung problems (bronchitis and asthma), as well as incontinence and vaginal discharge. In Chinese medicine terms, ginkgo dries damp conditions. Like other trees used as medicine (such as white oak), ginkgo is an astringent.

Ginkgo had many names in ancient China—Buddha’s fingernail tree, Gongsun tree (a reference to the great Yellow Emperor), and duckfoot tree (referring to the shape of the tree’s unique leaf).

Since the Song Dynasty, however, the main Chinese name for ginkgo has been “yinxing,” which means “silver almond,” although ginkgo nuts look more like pistachios. Even the name we’re familiar with—”ginkgo”—comes from a mispronunciation of a Japanese word meaning “silvery apricot.”

There are two big reasons why modern people prefer the leaf over the seed: ginkgo nuts are slightly toxic, and they stink. Ancient Chinese herbalists sometimes used the leaf for coughing, wheezing, and pain, but never for memory problems. An old Chinese recipe uses powdered leaves baked into bread or cookies to treat diarrhea.

The toxin in ginkgo nuts (called ginkgotoxin) is somewhat neutralized through cooking, yet Chinese herbalists will prescribe a small amount of the raw nut for excess phlegm conditions. Ginkgo nuts are traditionally eaten on special occasions throughout Asia.

The leaf also has traces of ginkgotoxin, but in much smaller amounts. At moderate doses, ginkgo is usually well tolerated, but some may experience headache, nausea, dizziness, and diarrhea, especially if they take too much.

According to the “Chinese Herbal Medicine Materia Medica” by Dan Bensky and Andrew Gamble, the antidote to ginkgo toxicity is a tea made of boiled licorice root, or boiled ginkgo nut shells.

Because ginkgo improves circulation, it is contraindicated for people taking anticoagulant prescriptions, such as Coumadin. Those with an allergy to poison ivy or poison oak are also urged to avoid ginkgo. As with any botanical medicine, consult a qualified herbalist for best results.

A 2012 study suggested that ginkgo could cause cancer, prompting the Center for Science in the Public Interest to urge consumers to avoid ginkgo products.

Even more importantly, the doses fed to the rats in the study were between 55 and 108 times higher than doses consumers typically take (120–240 milligrams per day).

Ginkgo trees are hardy. Not only did they survive the ice age, they are popular urban ornamentals because they are disease resistant and pollution tolerant. Ginkgo trees were one of the few living things that survived the bombing of Hiroshima.

Ginkgo trees are found all over the world, but conservationists fear for its future due to a lack of biodiversity. Since 1998, the International Union for the Conservation of Nature and Natural Resources (IUCN) has had ginkgo on its Red List of Threatened Species because the only place it lives in the wild is the Tian Mu Shan Reserve in eastern China.

Germany, France, and China are the most avid users of ginkgo supplements, but much of the source material comes from South Carolina, which is home to a 12,000 acre ginkgo plantation.