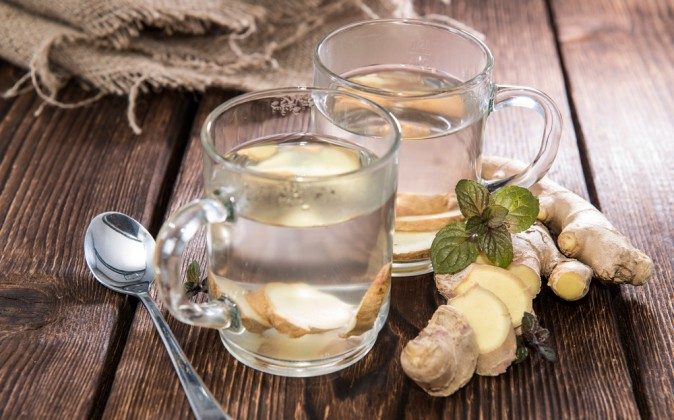 New research has confirmed other findings that ginger root (Zingiber officinale) can relieve premenstrual pain and associated symptoms, without some of the side effects associated with NSAIDs.

Medical doctors from the Tehran University of Medical Sciences in Iran studied 70 female students between 18 and 35 years old in a three-month long double-blind, placebo-controlled trial. The women had regular menstruation cycles and were not taking medications, but they each had at least five symptoms of PMS during their normal cycles.

The researchers utilized questionnaires that queried 19 different premenstrual symptoms based on the DSM-IV diagnostic testing. The testing gauged the severity of PMS symptoms including mood issues such as anxiety, sadness and depression, together with backaches and abdominal pain issues, weight gain, stiffness, nausea and others.

The researchers divided the 70 students into two groups. The first group was given 250 milligrams of ginger in a capsule twice a day for seven days before and through three days after menstruation. The second group was given the same protocol but with matching placebo capsules.

Both groups’ PMS symptom severity scores were calculated before and after each of the three months. The researchers found that while both groups averaged between 106 and 110 points on the PMS severity testing at the beginning of the study, the ginger group scored significantly lower on all PMS symptoms at the end of each month.

Behavioral symptom score differences were more dramatic. Both scored between 25 and 26 in the beginning. At the end of the three months, the ginger group scored 10.8 while the placebo group’s scores were 25.6.

Other Research has Shown Ginger can Significantly Reduce Women’s Pain

Another recent study from Iran – this from the Mashhad University of Medical Sciences – also found that ginger can reduce PMS pain. The researchers tested 150 female students who took 1) a ginger; 2) zinc sulfate; or 3) a placebo.

Still other research has found ginger’s pain-reducing effects for women.

In a review by the Columbia University College of Physicians and Surgeons, 33 different studies related to natural options for premenstrual symptoms were reviewed along with 58 other women’s health studies. They found ginger was among the better performing natural remedies, with success relating to nausea.

Researchers from Israel’s Technion-Israel Institute of Technology reviewed 18 studies and found that ginger was found helpful in the treatment of hyperemesis gravidarum – a condition condition characterized by vomiting and nausea.

Ginger’s ability to treat general pain has also been proven in clinical research. Medical researchers from the UK’s University of Exeter reviewed eight clinical studies that included 481 persons. They found that while not all the studies were not as rigorous as they would have liked, they did indicate ginger’s ability to reduce different forms of pain.

Ginger’s pain-relieving abilities also come without the risk of those disorders related to NSAIDs, including damage to the mucosal membranes of the stomach and intestines, linked with increased intestinal permeability (leaky gut syndrome).

*Image of “ginger tea” via Shutterstock