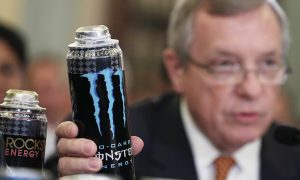 A horrifying parody of energy drink commercials—and if it has your attention, well, that’s the whole point.

As the Fukushima disaster fades from memory, most people don’t realize that volumes of water are still needed to keep the three reactors cool. Without that water, radioactive particles will be released into the air. Officials don’t know what else to do with the stuff once it’s been run past the reactors’ cores, so they effectively dump it in the ocean. Everybody seems totally OK with this non-plan. Hence, the birth of Fukushima Water.

This article was originally published on www.takepart.com, on March 23, 2015. Read the complete article here.