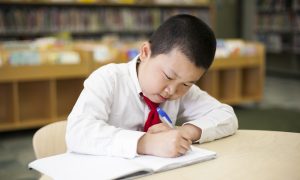 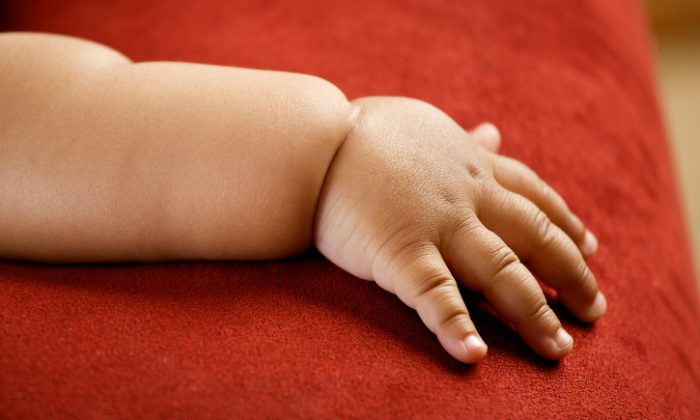 From Overprotected to Overweight

A study just published in the journal PLOS One is the first to prove a link between helicopter parenting and obesity: Between ages 10 to 11, the researchers found, maternal overprotectiveness “was associated with a 13 percent increase in the odds of children being overweight or obese.”

This link makes intuitive sense. The fear of predators is part of what’s making kids fat, by keeping them inside, sedentary, and near the fridge. After all, most of us grew up on cookies and milk every day after school – whole milk! – and no one was worried about the big O. That’s because we’d walk home, eat, then run outside to play some more.

But today, to keep our kids “safe,” we drive them back and forth to school. “Arrival” and “dismissal” have morphed into “drop-off” and “pick-up.” Kids are delivered like FedEx packages. About one in ten use their legs to get to school.

This intense oversight happens not just in neighborhoods riddled by crime and drugs, where a tight leash makes sense, but in areas parents deliberately chose because they wanted to raise their kids someplace nice and safe.

And yet, when are the kids taking advantage of all that nice safety? After school they’re either off to a supervised activity or they’re back home, never to venture out again, in part because of massive homework loads, in part because of endless electronic options, but also in great part because they are not allowed to go outside on their own. Their parents, even if one of them is at home, are afraid they’ll get abducted.

While the overprotectiveness study concentrated only on moms (in Australia, no less), we have become an entire generation afraid for our kids. Predator panic is not a minor part of the culture. ABC appointed Elizabeth Smart its special correspondent for missing children. It seems America’s got four main categories of stories: News, weather, sports — and kidnapping.

No wonder parents are terrified! I heard from one mom who was actually outside with her kids, reading while they played on the lawn, when a woman walked by shouting, “Put down that book! Don’t you realize your children could be snatched at any time?”

That is the exact fear of our era: If we take our eyes off our kids, even for a second, we will never see them again. Another mom wrote to tell me that, despite a twinge of trepidation, she decided to let her six-year-old walk four houses down to his friend. This was in a gated community, during the day.

The boy came back from his playdate happy as a clam (who can walk). But when this mom told other friends about her son’s big adventure – or what passes for a big adventure in 21st century America – one of them said, “Oh my goodness! You just kill me! ANYTHING could have happened.”

Anything? That’s true. But the odds of “anything” being terrible are tiny. The U.S. crime rate today is lower than any time since the advent of color TV. That means any parents who grew up in the ’70s, ’80s or ’90s were playing outside when the crime rate was higher than it is today. Yes, higher! Nobody called their parents negligent for letting them stay out till the streetlights came on. That was just a normal – and incidentally fat-defying – childhood. Today the number of children age 9 to 13 playing outside, unsupervised, in any given week, is 6 percent.

“It doesn’t take much to see that this generates a vicious cycle. Captivity breeds inactivity,” says Joshua Gans, a professor at the Rotman School of Management, University of Toronto and author ofParentonomics. “If you fear letting your kids loose outside, that is when the risk of obesity expands.”

But we can’t just blame fearful parents for keeping the kids cooped up. The government, which should be encouraging outdoor play, is busy doing the opposite. A man in suburban Pittsburgh dropped off his kids, age 6 and 9, at the park while he ran some errands. This sight was so unusual – children playing on their own – that a passerby called 911. The police came and charged the dad with two counts of child endangerment. This happened recently in D.C., too. And again in South Carolina, just last week. In fact, I hear about an incident like that almost weekly now.

Because in a panic, it’s impossible to think straight. That’s why I keep getting letters from parents who have been harassed or even ticketed by the authorities for letting their kids play outside, sometimes right next to their house. One mom got a visit from Child Protective Services because her children were playing in the rain! It has become a radical act to let kids play beyond the living room. This results in weird things, like one of the original public service announcements for Michelle Obama’s “Let’s Move!” campaign. It was almost guaranteed to make sure kids move LESS.

The spot shows a mom in her kitchen chopping healthy veggies (natch’), when her daughter leans over the banister and says, “Mom, can I have a dollar?” The mom sees her wallet right next to her on the counter but then gets a clever idea. “I think my purse is upstairs on the bed!” she tells the girl, who bolts up the stairs. When of course it isn’t there, the mom says to “Try the downstairs closet!”, then the upstairs closet, etc., etc., with the girl running up and down until finally she spies the wallet in the kitchen. Then the ad reminds parents it’s our job to find ways to get kids moving.

No, it’s not! It has never been any parent’s job to come up with 365 days’ worth of clever ways to trick our kids into moving their limbs for an hour. It is simply our job to get our kids OUTSIDE. In turn, it’s the government’s job not to criminalize, demonize or criticize parents who let their children play outside the way our parents did.

Until we all get over the idea that our kids need a security detail every time they leave the house, inside the house they’ll sit, getting older and wider. We are overprotecting them from incredibly unlikely crimes, while making them lots more likely to end up Santa-shaped.

If we are going to be obsessed by a fear for our kids, let’s at least choose the right one.