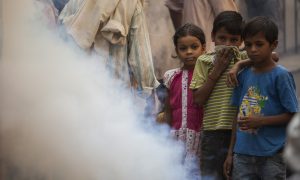 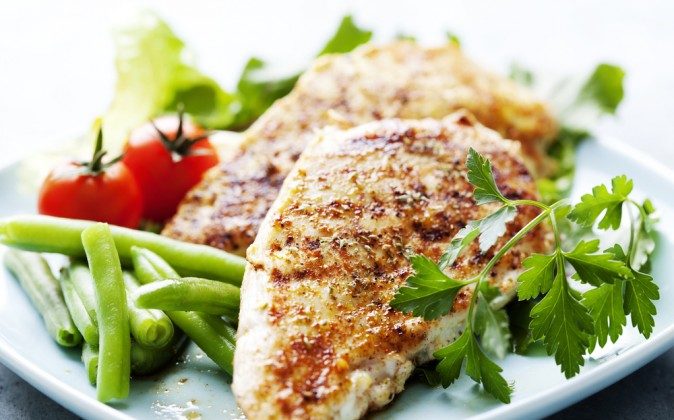 From Autism to Anorexia, It’s All About the Gut

Whether you suffer with a chronic illness, psychiatric disorder or psychological condition, the first thing to check is your belly.  “All diseases begin in the gut,” says Dr. Natasha Campbell-McBride, M.D., a leading expert on the subject of autism as well as other learning disabilities and digestive disorders.  In her work, she heals both mind and body by focusing on the health of the belly.

The digestive system holds the root of our health

At her Cambridge Nutrition Clinic established in England in 1998, Dr. Campbell-McBride traces the connection between neurology and nutrition as well as digestion and the functioning of the rest of the body. “The digestive system holds the root of our health,” she says pointing out the extensive role that gut flora plays in disease prevention, including protecting us from invading pathogens, detoxification, facilitating the digestion of food as well as the absorption of vitamins and minerals like calcium and zinc, and actually producing B vitamins. In addition, between 84-88% of the immune system is housed in the gut lining, she says, which would equal the size of a tennis court if opened up and laid flat .

“There cannot be cancer in the digestive tract if the gut flora is healthy,” asserts Dr. Campbell-McBride, a medical doctor with postgraduate degrees in both neurology and human nutrition. But in today’s society, many people are walking around with impaired gut flora due to steroids, prescription medications, alcohol, stress, a poor diet of processed foods and sugar (which actually feed abnormal gut flora), disease, age, bottle feeding of infants, toxic chemicals, pollution and radiation.

How Antibiotics Can Lead to Mercury Poisoning

A major cause of impaired gut flora are antibiotics and she worries about teenagers being treated for up to two years with acne drugs, leaving them with serious damage.

Dr. Campbell-McBride points to a study showing that rats treated with antibiotics succumb to mercury poisoning while those with untreated gut flora do not. She believes the same is true of humans and that, while the government warns against eating fish because of mercury and PCB contamination, a healthy gut should be able to tolerate the exposure and get the health benefits of eating fish.

Gut Health and the Autism Epidemic

According to Dr. Campbell-McBride, as a population we are degrading healthy gut flora more and more every generation. Mothers who have been on the Pill or antibiotics or a poor diet for long periods develop abnormal gut flora and pass it on to their children. This, she believes, has led to an epidemic of eczema and autism, noting that 20 years ago the autism rate was 1 in 10,000 children and today is 1 in 88.

When children are born with their mothers’ unhealthy gut, they have immune compromised systems, develop ear and chest infections and are treated with antibiotics.  All this creates more damage to their systems. As the gut wall suffers more damage, it becomes “leaky” and allows undigested food to enter the blood stream resulting in more prevalent food allergies, such as to peanuts.

In childhood, a compromised gut can lead to autism; ADHD/ADD; dyslexia; learning, behavior and social problems; and epilepsy.

As their systems become more and more damaged, these immune compromised children are subjected to multiple vaccines designed for children with healthy immunity. But with impaired immune systems, she contends, these children suffer mental and developmental disabilities.

A poorly functioning gut can give rise to a wide range of seemingly unrelated problems, some of them very surprising. According to Dr. Campbell-McBride, a bad gut can manifest as asthma, allergies, eczema, chronic cystitis, bed wetting, sinusitis, post-nasal drip, rhinitis, gingivitis or vaginitis.

It can also lead to a variety of auto-immune conditions in which the immune system produces antibodies to attack its own tissues. In Type 1 diabetes, she says, the pancreas is attacked, in celiac disease the small intestine is attacked and in multiple sclerosis and schizophrenia, it is the nervous system. Other conditions that can arise are arthritis, fibromyalgia and chronic fatigue.

In childhood, a compromised gut can lead to autism; ADHD/ADD; dyslexia; dyspraxia (a developmental co-ordination disorder); learning, behavior and social problems; and epilepsy. As these children enter their adult years, it can lead to substance abuse, depression, obsessive compulsive disorder, manic depression and schizophrenia.

Parents Sue California for Law That Forces Children to Get Vaccinated

The Link Between Vegetarianism and Anorexia

Even eating disorders, which are typically treated as psychiatric or psychological conditions, says Dr. Campbell-McBride, can start with nutritional deficiencies very often arising from vegetarianism in young girls. She believes that as girls progress from vegetarianism to veganism, they cut more and more healthy fats out of their diets, especially vitamins A and D, and are left with a compromised immune system. They then develop mononucleosis or scarlet fever, and are treated with antibiotics, further damaging their gut. Eventually, she says, this leads to an altered sense of self-perception and anorexia.

Dr. Campbell-McBride’s treatment is to provide low calorie beef broth and vegetable soup with a regimen of supplements, including high doses of amino acids, B vitamins, vitamins A and D, zinc and essential fatty acids. In her experience, it takes about two to four weeks for the patient’s neurotransmitters to restore self-perception. Dr. Campbell-McBride calls this “Bingo Day,” when a patient can finally see herself as emaciated instead of fat.

The GAPS Diet for Gut Health

The good news is that Dr. Campbell-McBride has designed a GAPS Diet to heal all of these conditions. “There is no irreversible damage in the body. The body can heal anything,” she says. Healing comes through the GAPS Diet in her book, “Gut and Psychology Syndrome,” which she designed to reverse both psychological and physiologic conditions. The diet shuns dairy, soy, wheat and sugar among other things, and provides for vitamin supplementation, probiotics, pancreatic enzymes and detoxification agents. It is a complicated process but has brought relief to many people throughout the world.

*Image of “grilled chicken” via Shutterstock