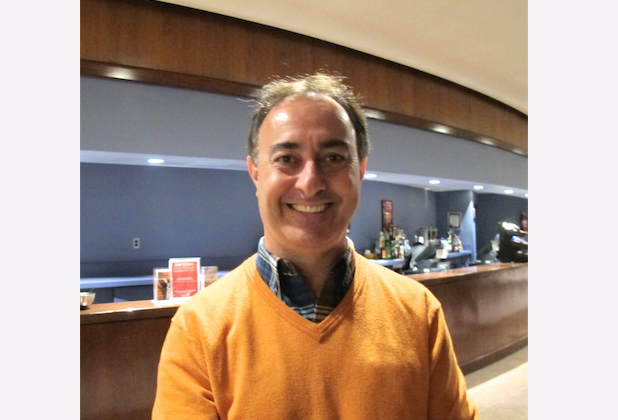 COSTA MESA, Calif.—Paco Fernández, a former producer and talent coordinator for the biggest TV network in Mexico, enjoyed Shen Yun Performing Arts’ opening night at the Segerstrom Center for the Arts, on March 11.

“It is wonderful,” said Mr. Fernández. “All the colors that [they] are using for the show, the exact dancing, it’s just great—it’s fantastic.”

The colors of the costumes and the backdrop stood out in particular to Mr. Fernández.

He was also impressed with the digital backdrop, which at times interacts with the dancers, making it appear as if they leap into the sky or fall to earth from the screen.

The Shen Yun website explains the backdrop: “The backdrops are magical windows to completely different realms. From vast open grasslands in one dance to the stately elegance of Tang Dynasty pavilions in another; from dusty yellow battlegrounds to tropical beaches to Himalayan peaks to picturesque scenery of the Yellow River Delta—the digital projection infinitely expands and transforms the stage.”

Mr. Fernández said he would recommend the show to others. “The rhythms, the music, the colors, the screen, the dancing, everything is really nice,” he said. “I would recommend it.”