Former Executive: Shen Yun Is an ‘Honest Depiction’ of China 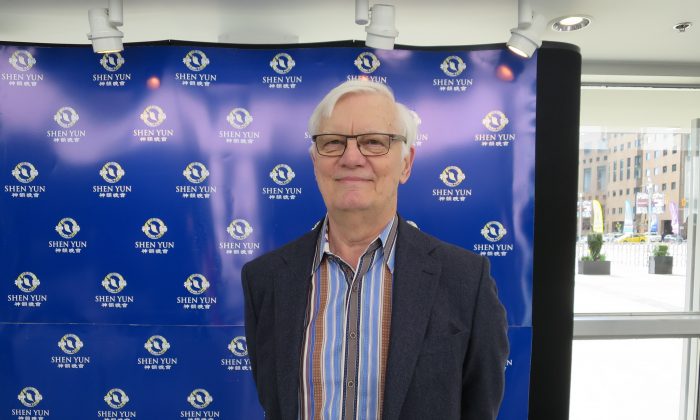 “[Shen Yun] is a good understanding of [Chinese] culture,” Novosad said. “It’s an honest depiction of the positives and the negatives of the Chinese world today.”

Novosad, who was the president, CEO, and chairman of Avon Canada, saw Shen Yun at Queen Elizabeth Theatre on March 26. Shen Yun’s mission is to revive China’s semi-divine culture that was lost after seven decades of communist rule.

For decades now, the Middle Kingdom has experienced many movements aimed at eradicating 5,000 years of civilization and traditional culture. From cultural sites and temples to ancient relics and people’s beliefs, much of China’s history and spirit were destroyed after the Chinese Communist Party (CCP) seized power.

Seeing that genuine Chinese culture was at its brink of being wiped out, a group of overseas artists was determined to bring back everything that truly defined the Chinese people. This was how the New York-based Shen Yun was born.

“I was a little surprised … [by] the clarity of the communist mistreatment of Falun Gong because usually stories aren’t told that honestly and clearly and I appreciate it,” Novosad said.

The former executive said he became aware of the persecution of Falun Gong during the years he worked in the Asian community. Novosad said he previously traveled around Asia for work. He added that he was stationed in Hong Kong for the last eight years prior to retiring.

Falun Gong, or Falun Dafa, teaches the tenets “Truthfulness, Compassion, and Tolerance” and has helped over 100 million Chinese people today understand and return to the essence of traditional Chinese culture. But the Chinese regime banned the practice in 1999 and has since continued to systematically persecute Falun Gong adherents in China. People who are caught practicing the discipline in China face severe persecution, including torture, imprisonment, and even death.

Many of Shen Yun’s performers practice Falun Gong, according to the company’s website. And their faith has inspired some of the pieces in the performance.

Stories about the persecution portray themes like spiritual devotion, the benevolence of gods, good and evil retribution, and the search for the meaning of life, according to the company’s website. Such values are foundational to traditional Chinese culture and are not political in nature. Instead, they aim to inspire audience members and encourage reflection on the world around them.

“The dancing, the storytelling, the way they’ve told us stories is truly outstanding,” Novosad said.

Novosad said the key takeaway after watching Shen Yun was how old and diverse Chinese culture was.

With reporting by Ryan Moffatt.