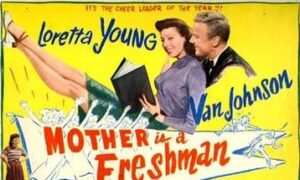 Forgotten Hollywood History and a Tale of 2 Nuns

The Golden Era of Hollywood’s background contains stories as fascinating as those onscreen. Its least-explored realm is the Production Code Administration (PCA). This subdivision of the Motion Picture Association of America (MPAA) was unconnected to any studio, government organization, or religious group, yet no movie could be released without its Seal of Approval, signifying compliance with the Motion Picture Production Code’s moral standards. However, few know about the PCA.

No other source reveals the PCA’s workings like “See No Evil: Life Inside a Hollywood Censor” by John A. Vizzard, one of the PCA’s longest-standing members. He worked there for 24 years, eventually becoming second-in-command. Despite crude language and unsupported statements, this book offers an unequaled raw depiction of the PCA’s heyday and decline, when the battle for film decency was lost.

The sporadic narrative seems as though you’re listening to Vizzard’s favorite stories over coffee. Alternating between flowery prose and common vulgarisms, he vividly describes Hollywood’s driving forces in a struggle for survival and supremacy as dramatic as any film. Few filmmakers could craft a more epic dilemma than the real-life drama Vizzard recounts.

Vizzard joined the PCA in 1944 at age 29. Although close to Joseph Breen, the PCA’s strong leader from 1934 to 1954, after Breen’s retirement, Vizzard aided his successor and former assistant, Geoffrey Shurlock, in weakening the Code. In his gripping account of the PCA’s decline, Vizzard recounts how once serious Code staffers became alcoholic laughingstocks: Docile theosophist Shurlock became a “maturing liberal” whose lenience shocked filmmakers; Catholic publisher and Code author Martin Quigley, a powerful Hollywood insider, became a disenfranchised has-been; the Catholic Legion of Decency went from a tiger to a kitten; and Vizzard himself transformed from an upstanding moral guardian into a liberal intellectual with no faith, morals, or legacy from the PCA except, “I survived.”

Interestingly, Vizzard dedicated large sections of his book to the films “Heaven Knows, Mr. Allison” (1957) and “The Nun’s Story” (1959). Comparing these films gives clear insights into the Code’s decline. Both films depict nuns questioning their vows, come from true stories, and required Vizzard to visit location filming for Code advice. However, as one nun maintains her vows, this film became a wonderful example of Code compliance, while the other was a PCA failure. Not all Vizzard’s stories can be easily verified, but these two films’ PCA files are available in the Margaret Herrick Library’s online records.

Vizzard dedicates 29 pages to “Heaven Knows, Mr. Allison.” The film’s tumultuous production necessitated his first two international trips, to Ensenada, Mexico, for script revision and to Tobago for location filming. This film’s file, which contains letters about it that Twentieth Century Fox and the PCA exchanged, verifies Vizzard’s account of numerous disputes, plus his Tobago trip.

Based on a bestselling book by Charles Shaw, this story of a nun (Deborah Kerr) and a Marine (Robert Mitchum) stranded together on a desert island was first submitted to the PCA in 1952 by three separate studios. Monsignor John Devlin, the Legion of Decency’s Los Angeles representative, was consulted about religious matters. His first opinion was that the script “oozed sex.” Martin Quigley warned that the proposed film was “clearly a Code violation.” Even Vizzard admitted that the premise “had a certain snickering sound to it.” By 1956, producer Buddy Adler decided to make the film, so Vizzard helped remove elements likely to offend Catholics.

The main problem was Corporal Allison’s attraction to Sister Angela; he even forced himself on her in early synopses. Thankfully, director John Huston didn’t want to exploit the nun.

Huston advocated for her honoring her vows, while Vizzard ironically struggled with the implausibility of their being stranded together indefinitely with her remaining chaste:

“’If they were alone and together for any protracted period of time, … their differences would begin to fade. She’s human and vulnerable, too. … He’s not all that unattractive.’ ‘She would not give in,’ said Huston. ‘She would go about her daily tasks and suffer. But, she would remain faithful.’ ‘What daily tasks?’ I demanded. … ‘Saying a rosary and planting her vegetable garden? And what’s he supposed to be doing in the meantime …? Going down to the far end of the island and running through the manual of arms?’”

Allison actually says this line in the finished film: “I can see that. You turning those beads and me doing the manual of arms at different ends of the island.”

The finished film was totally unobjectionable, a rare feat post-Breen. This is partly due to Vizzard’s assistance with rewriting and delicately filming difficult sequences, which profited the filmmakers.

“So tasteful and so successful was the finished film that the Legion people put it in class A-I, the highest possible rating, with no objections for anybody. They even considered for a while to celebrate by … encouraging their constituents to see it. In the final analysis, the picture grossed worldwide some $11,000,000.”

“See No Evil” includes 11 pages about “The Nun’s Story,” which came from Kathryn Hulme’s novel about a Belgian nun. According to the online file, Shurlock’s PCA was fairly positive when Warner Bros. suggested the story in 1956. In a memo to the files, Vizzard concluded that “as far as the Code was concerned, there is undoubtedly a basic story here which could be made.” However, he noted that “the story of a nun who leaves the convent might not be calculated to make Catholic audiences particularly happy,” especially because “the reasons for which she finds religious life unsuitable are largely interior ones, which might be difficult to properly portray on the screen.”

Director Fred Zinnemann invited Vizzard to join the production crew in Europe to help them gain clergy cooperation with filming. He was eager to include real nuns, stating, “I don’t want to hire a bunch of old crabapples who’ll make convent life seem like a sickness.” In Belgium, Vizzard and his friend Father Leo Lunders persuaded nuns from Sister Luke’s (Audrey Hepburn) convent to review the script.

When they abruptly withdrew their help, Father Lunders explained to Vizzard the sisters’ concern about the false implication that Sister Luke left the convent because she loved a doctor (Peter Finch).

“’What the nuns fear is that it … will look to the world as if they revealed a confidence to us, that the true reason for Sister Luke’s leaving was that she fell in love with a doctor. … They would rather bear the brunt of more suffering than to give the impression that they were lashing out at Sister Luke and trying to give her a reputation she did not give herself.’”

The Legion of Decency rated the finished film A-II, “Morally Unobjectionable for Adults and Adolescents.” However, that doesn’t seem to be the case. According to IMDb, many nuns left their orders following its release, just as vocations at the Belgian convent dropped off after the book’s publication.

“So sharp was the distinction in Zinnemann’s mind between Europe and Africa that I heard him instructing, … ‘I want all the colors in Europe to be cold. Emphasize the blacks and the whites. I want to feel the chill of the stone walls. Then, when we get to Africa, I want all the colors to become warm and rich. … I want all the trees to be filled with green leaves. In Europe, I want the branches to be bare.’”

Vizzard was the only Catholic actively working on “The Nun’s Story.” However, the story seemed too close to his own life for objectivity. He trained for priesthood for 12 years but, like Sister Luke, questioned everything, struggled with self-denial, and resented the “strident electric bell, … the obediential finger of God.”

By the time this film was made, Vizzard was questioning religion. Resenting the Legion of Decency’s control over Hollywood and Martin Quigley’s control over the Legion, he told several important bishops about his concern that Quigley was “a tail that wagged the dog.” His interactions with important clergy lessened his respect for the Church.

“And so it was over. I kissed the Episcopal ring, and somehow left with a little less religion in my heart.”

Thus, instead of helping this film be a truthful story about one woman’s unsuitability to convent life, he allowed Zinnemann to paint Catholicism very darkly, reflecting Vizzard’s own bitter memories of the seminary.

“Thus, we were little prisoners in silken bondage. Overhead …  burned the invisible Eye of God, like on the back of an American dollar bill. It was inflexible, and unblinking, and as impartial as the cool scanner of a computer. No one could escape.”

These two films present a similar topic in very different ways. Both bring nuns out of the safety of European convents to tropical locations, where they face temptation from handsome men. Ultimately, Sister Angela decides to take her final vows, while Sister Luke leaves nunhood.

However, the greater difference lies in these films’ depiction of what it means to be a nun. “Heaven Knows, Mr. Allison” makes a nun’s life look like a sacred calling, like a happy marriage, whose joys far outweigh its sacrifices. In contrast, “The Nun’s Story” makes a nun’s life look torturous, grueling, and joyless. It reinforced the criticism that Catholicism had long received of being medieval and stoic, a stereotype that Joseph Breen fought for years.

While both films contain excellent acting and riveting stories, only one presents a respectful view of religious life. When those appointed to guard morality and respect for religion question the need for standards, the situation is ripe for filmmakers to take advantage. As Shurlock always said, “What’s to hinder it?”

Eventually, the constant pushing of boundaries ultimately led to the Code’s demise, and in 1968, the Rating System, a system without standards, replaced it.