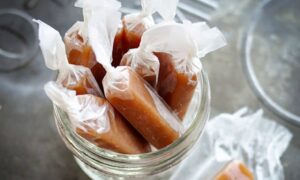 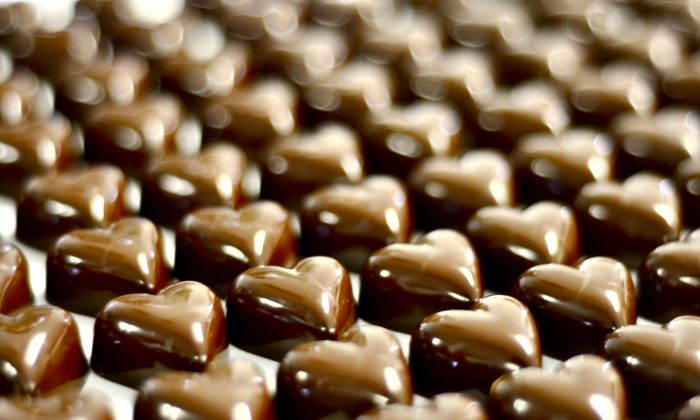 Psst. If you want to impress the chocoholic love in your life this Valentine’s Day, forget the expensively marketed, beautiful boxes of so-so chocolate with plastic aftertaste. Small-batch chocolate is where you can give them their little piece of heaven.

Small bean-to-bar chocolate makers are pushing the envelope in the chocolate industry, exerting perfectionist control over the process, producing delectable chocolate, and paying cacao farmers higher than fair trade prices for the quality beans they are seeking.

Maricel Presilla, a respected chocolate judge and James Beard award winner, has followed the progress of small chocolate makers over the years. The quality chocolate easily rivals that of European chocolate, she said. “We have to be very proud because we’re producing excellent chocolates in the United States. The whole of our hemisphere is doing very well.”

Companies the size of little Davids compared to the conglomerate Goliaths are turning out award winners, using a great deal of curiosity and passion.

“There are some companies that are really tiny. They are working on equipment that belongs in the kitchen but making their own chocolate—not melting bars—and sourcing their beans.”

Smaller companies are better able to control the process and the product, from the bean stage to the finished product.

Dark chocolate is disliked by some people for its sometime bitter taste, but that bitterness is actually a result of improperly fermented beans, and then over-roasting, said Aaron Davidson of Amano Artisan Chocolate.

A cocoa pod contains 40 to 60 beans, encased in a sweet white coating that provides the sugar for the necessary fermentation that breaks down the tannins in the beans.

The fermentation can take from three to seven days, yet it’s a step that some large companies step altogether, said Amano founder Art Pollard, and then try to compensate for by over-roasting.

“A big difference is, the big guys, what they have to produce is a very consistent chocolate flavor in much larger batches,” said Scott Moore of Tejas Chocolate. The over-processing required to produce that consistent taste mutes the exact flavors that Moore is trying to bring out.

Indeed a huge focus remains single-origin chocolate, whose cacao beans reflect not only their unique genetics but also their terroir, from the fruity notes of Madagascar beans to Nicaraguan ones, which Presilla said have notes of dried olives, even olive oil.

As far as trends, the flavors are becoming more diverse with “all kinds of interesting flavors from the four corners of the world.”

A better job is being done with milk chocolate, incorporating a higher percentage of cocoa. The quality overall has risen. “In general, even when they use flavorings, like coffee, it’s better quality coffee.” And flavors, although they are more daring (think matcha tea, anise, dried lychees, and strawberry), are being used more skillfully.

“That balance, having a daring flavor, and being respectful of the inherent cacao flavor, being mindful of the synergies, means respect and skill,” said Presilla.

We asked Presilla, a self-described “equal opportunity taster,” for some recommendations. They include:

Amano is based in Orem, Utah, 4,441 feet above sea level, which helps preserve the flavor of the cacao beans.

And that matters for a company whose chocolates go beyond single origin, a concept that for them, is still too broad.

Instead, the focus is down to the plantation level, more in keeping with wine’s appellations. This can only be done by a small company, explained Davidson. “Hershey’s,” he gives as an example, “couldn’t buy enough beans from a single plantation.”

Even Amano is limited by the amount cacao farmers they work with can produce. Founder Art Pollard travels extensively, looking for farmers willing to take the time to ferment and dry the beans slowly. In return, he pays three to four times above the market price (and well above fair trade prices).

To make chocolate, six different machines are used, dating from the late 1800s and early 1900s, with no conveyance system between them. From one machine to another, they use good old-fashioned manual work and buckets. There is no use for soy lecithin, which in large factories, would be needed to allow the chocolate to flow better between large tubes from one machine to another.

Purchasing a gift set, or at least a few bars, gives a range of the beans’ diverse terroir. The Dos Rios bar, made with chocolate from the Dominican Republic, has delightful bergamot orange and spice notes. The Chuao bar, made from Venezuela criollo beans, takes you on an astounding sensory journey.

Local is at the heart of Fruition, which operates in the Catskills in upstate New York. Bryan Graham grew up about 10 miles from his chocolate shop and after traveling the United States and the world to seek out where to launch Fruition, he opted for home.

Graham is an experienced pastry chef, so not only does he make his own chocolate from cacao beans, he then fashions them into unique confections.

Or, if you inclined toward spirits, try the brown butter bourbon caramels, encased in a thin 66-percent dark chocolate shell. The bourbon comes from Tuthilltown Spirits, located just a few minutes away ($18 for 9-piece tin).

Fruition also makes an olive oil truffle. The olive oil gives the chocolate a ganache-like consistency without the use of butter and cream, and its earthy, fruity profile goes excellently with both the high percentage dark chocolate and the salty sourdough, which he sources from nearby Bread Alone.

Scott Moore of Tejas Chocolate, just north of Houston, Texas, thought there had to be a way he could roast his cacao beans using his barbecue pit. Typically it’s done in a convection oven or coffee bean roasting type of equipment.

“Once I figured it out I got started on my barbecue pit at home, the game was on.” He now roasts beans over a low fire in a customized brick oven barbecue pit.

“It’s not so much that it’s done on a barbecue pit. But everybody’s got their touch on roasting cocoa beans.”

He roasts anywhere from 40 minutes or more, looking for a particular aroma. “There’s a bean in the San Jose chocolate bar. In the beginning, the aroma is very earthy. As the roast cycle continues, the aroma gets to be more like roasted cashews, or brownies, a deeper chocolate aroma. Compare it to beans that we roast from New Guinea, very distinct, like a Cuban cigar.”

Moore takes time to let the chocolate rest after it’s made, about 15 to 30 days, giving time for some flavors to settle, others to be accentuated.

Ingredients are as minimal as they can get. “It doesn’t need spices, or additives. Cocoa beans and sugar taste as wonderful in and of itself,” he said.

Being local, Tejas has worked with local food artisans, with their chocolate used in single-origin gelato from Bolivia beans, and cocoa nibs were used in Saint Arnold Brewery’s Bishop Barrel No. 4, a barrel-aged Weizenbock.

The bestselling bar is the Capistrano, made of single-origin cacao from Madagascar, at 70 percent cocoa content, with incredibly bright, fruity notes of red berries. Another top seller is the Tres Leches bar, “dark milk chocolate” with 55 percent cocoa content, made with whole milk, heavy cream, and coconut milk.

Askinosie, of Springfield, Mo., starts out by seeking out farmers who produce premium beans. “Locating and developing a relationship and ultimately a chocolate with these farmer groups can take up to two years,” said Lawren Askinosie, director of sales and marketing. The company also started community development projects both in the farming communities abroad as well as in its own backyard.

The dark chocolate bars, made by hand, consist simply of single-origin cacao beans and organic sugar.

There are plenty of fun gifts, from a C-Ration Month Supply of Chocolate that includes a total of 94 bars ($78.50), to a Chalk-late box, where you can pen your own message on the chalkboard top ($36).