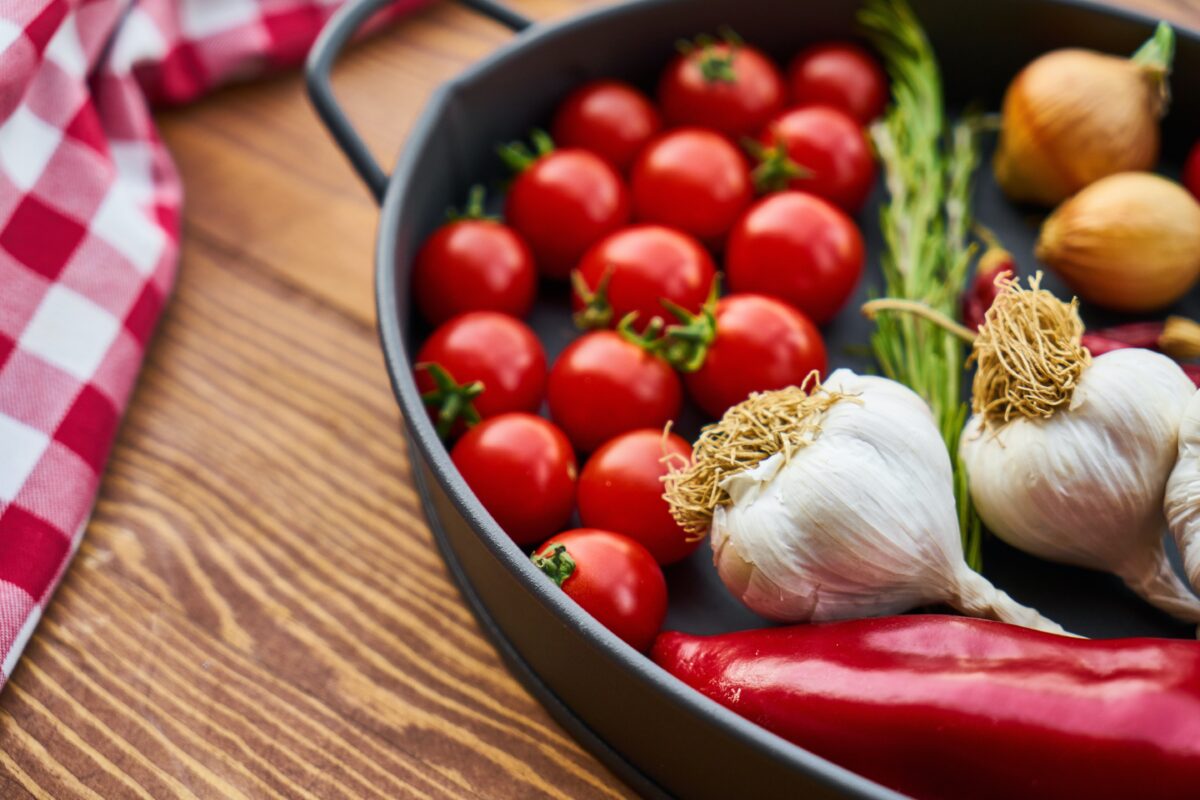 If you are interested in following a Mediterranean diet, the main “bullet points” are abundant amounts of antioxidant-rich fruits, vegetables, legumes, and whole grains (Photo by Engin Akyurt/Pexels)
Food as Medicine

For years, natural health experts and knowledgeable physicians and nutritionists have advised the Mediterranean diet for its heart-healthy, life-prolonging effects.  High in healthy fats, fruits, vegetables, and fish and low in saturated fats, sugar, and red meat, the benefits of this way of eating are backed by an accumulating body of international scientific evidence.  Now, a pair of new studies from German and Spanish researchers unveil the connections between the Mediterranean diet and chronic disease risks.

In a study published this winter in the journal Neurology, scientists found that the Mediterranean diet may guard against chronic disease development, such as Alzheimer’s disease.  And, in a separate study published in PLOS Medicine, researchers found that the diet can help prevent heart attacks in patients with heart disease.  A mode of eating that comes to us from across the ocean; the Mediterranean diet is truly “making waves” in the field of research on the prevention of degenerative diseases.

In a 2021 study conducted at the German Center for Neurodegenerative Diseases, researchers evaluated a group of 512 elderly participants (average age 70).  169 of the volunteers were cognitively healthy, while 343 were at risk for Alzheimer’s disease – either because of pre-existing mild cognitive and memory impairments or because they had close relatives with the disease.

The question was – would the scientists find a protective effect from diet?

To conduct the study, scientists examined participants’ diets and then performed brain scans, along with a battery of cognitive and memory tests.  The results were unequivocal – and impressive.

Study leader, Professor Michael Wagner, senior psychologist at the Memory Clinic of the University of Hospital Bonn, concluded that the Mediterranean diet was a “protective factor” against the atrophy, beta-amyloid plaques, and “tau tangles” that trigger Alzheimer’s disease.  Prof. Wagner noted that the team planned to examine the same participants in four to five years to explore how nutrition affects the aging brain over time.

Study Pits a Low-Fat Diet Against the Mediterranean Diet

Meanwhile, a study conducted jointly at the University of Cordoba, Queen Sofia University Hospital, and the Maimonides Biomedical Research Institute of Cordoba compared the effects of two different diets on the endothelium (the lining of the arteries) in 1,002 heart disease patients who had previously had heart attacks.

Half of the patients followed the Mediterranean diet, with daily fruits and vegetables, limited red meat and sugar, and three servings each of legumes, nuts, and fish a week.  The other group followed a low-fat diet – cutting down on red meat, using low-fat dairy products, avoiding consumption of nuts, and reducing consumption of sweets and pastries.

Indisputable Results: Mediterranean Diet Is Superior to a Low-Fat Diet When It Comes to All-Important Endothelial Health

The researchers noted that the Mediterranean diet had already proven its ability to improve endothelial function in overweight patients and patients with high cholesterol.  However, this was the very first study investigating whether the Mediterranean diet could help patients with heart disease, reduce their risk of chronic disease and the likelihood of having another heart attack.

The team found that the Mediterranean diet worked better than the low-fat diet to improve endothelial function and flexibility.  Most importantly, there was a drastic reduction in damage to the endothelium – even in patients at severe risk.  The researchers concluded, “Our results suggest that a Mediterranean diet pattern could be recognized as the best dietary strategy to recover endothelial dysfunction in patients with coronary heart disease.”

In other words – when it comes to the merits of the Mediterranean diet over a low-fat diet – the result was “point, match, game over.”

If you are interested in following a Mediterranean diet, the main “bullet points” are abundant amounts of antioxidant-rich fruits, vegetables, legumes, and whole grains, augmented by fish, shellfish, and healthful monounsaturated fatty acids from olive oil, nuts, seeds, and avocados.  Polyphenol-rich spices, such as rosemary, basil, and oregano, also contribute benefits.  Proponents of the diet advise eating limited amounts of dairy and red meat – and bypassing refined sugars and processed foods altogether.

If you would like to decrease your chronic disease risks and drop your chances of developing Alzheimer’s disease and heart disease – or if you just want to investigate a healthier way of eating – adopting the Mediterranean diet is very likely a wise dietary move.