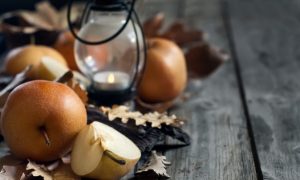 Flu Shot or Chinese Herbs, Which Is More Reliable?

I’ve been driving around town seeing flu shot signs in nearly every pharmacy lately.  I was wondering, when did a flu shot become necessary?   If I were driving around Taiwan or China I would see signs saying, “Chinese Herbs Sold Here For The Flu.”  Am I missing something or is getting a flu shot more propaganda than good health practices?  I decided to do some research.

I found this quote from Dr. Tom Jefferson, a British epidemiologist who heads vaccine research for the respected Cochrane Collaboration.  Dr. Jefferson said he “can’t see any reason” for vaccinating anyone against flu –  he argued the shots did nothing to save lives — and that most influenza-vaccine studies are “rubbish.”

Chinese herbs have been used for generations of men and women, hundreds of thousands have survived the flu for centuries throughout China using only Chinese herbs as their primary medicine.  But I wanted to find some unbiased flu shot data. In other words, studies that are not performed by companies that have a stake in making a profit off flu vaccines.

An international organization called the Cochrane Foundation is one of my favorite places for trustworthy data.  They review thousands of relevant studies from around the world and collate the findings.  In this case, Dr. Tom Jefferson an epidemiologist was the leading researcher for flu vaccines.  His conclusion published in the Lancet February 26, 2005.

“We recorded no convincing evidence that vaccines can reduce mortality, [hospital] admissions, serious complications, and community transmission of influenza.”   Contrary to conventional medical wisdom, vaccines do not seem to reduce flu-related deaths in elderly people”.

The best the Cochrane reviewers could come up was this: “Vaccines were somewhat effective at reducing school absence…”

However, the U.S. Centers for Disease Control (CDC) and Prevention advises flu vaccines for babies 6-23 months because they tend to suffer more complications once they get the flu, no evidence supports the recommendation. The Cochrane reviewers found that vaccines had little effect on bronchitis, ear infections, and hospitalizations, compared with the babies given placebo vaccines. In short, the CDC recommendations are irresponsible given the fact that the only two studies that involved babies found no benefit and little is known about adverse effects of these vaccines for babies.

Because fewer than 10% of all winter deaths can be attributed to the flu in any year during this study’s three-decade period, the authors conclude that vaccination’s benefit to elderly people has been substantially overestimated.

For me, I’ll stick with the Chinese herbs. Never did like shots anyway.

*Images of “vaccine” and “Astragalus” via Shutterstock