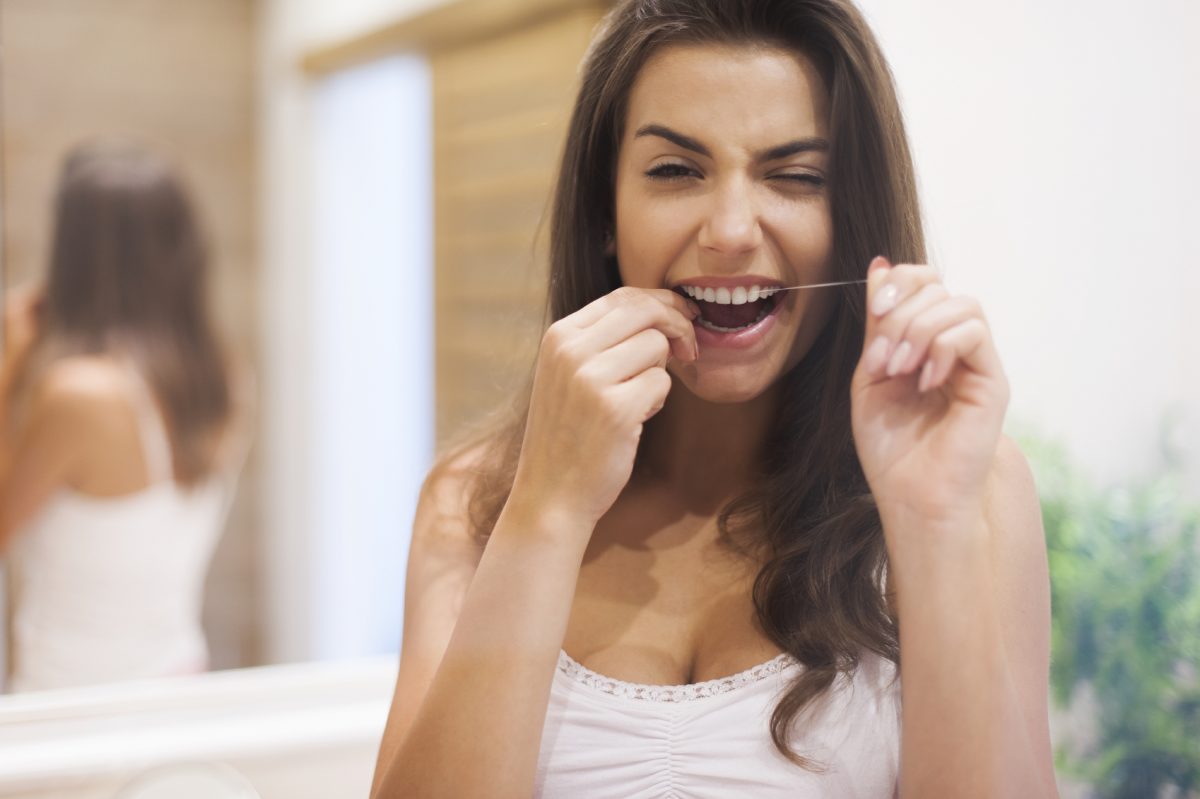 Step one to great teeth (gpointstudio/iStock)
Oral and Tooth Health

Flossing Controversy? Here are the Pros and Cons

In addition to brushing our teeth, we should also floss every day. However, there have always been controversies about whether or not flossing is good for our teeth. And some studies have found that some dental floss contains carcinogens. Then, should we still floss or not?

Let’s use periodontal diseases as an example. The prevention of periodontal diseases focuses on removing dental plaque and calculus (aka. tartar) to control damage to the alveolar bone and the inflammation of gums, in order to keep the teeth and gums healthy. In addition to brushing, flossing is also an important prevention method.

1. Removing food debris from between the teeth

Food debris stuck in teeth is not easy to get out with a toothbrush or toothpick, and flossing is the most effective way to do so.

Flossing is the most effective way to remove food debris, even dental plaque and soft tartar, from between the teeth, because floss can easily enter those narrow crevices.

The tooth has five sides, but brushing can only clean three of them. If plaque and tartar are not removed from the spaces between teeth, this can easily lead to tooth decay and tartar deposits, resulting in inflammation of the gums. Therefore, flossing can cleanse the gaps between teeth.

A 2015 literature review published in the Journal of Clinical Periodontology showed that manual brushing only removed about 42 percent of plaque, while powered brushing did a better job by removing 46 percent.

A 2019 review published in the Cochrane Database of Systematic Reviews analyzed 12 clinical trials with 582 subjects who flossed, and discovered that flossing helped remove an additional 4 percent to 7 percent of plaque.

The 2019 review also found that a combination of flossing and brushing reduced mild gum diseases or gingivitis, and was significantly better than brushing alone.

Despite the oral health benefits of flossing, there are still some concerns and controversies regarding it.

Flossing Controversy 1: Will Flossing Widen the Gaps Between Your Teeth?

Some people worry that sliding the floss in and out between the teeth will cause the teeth to loosen. In fact, this concern is superfluous. Flossing correctly will not make the gaps bigger. The normal gaps between teeth are large enough for the thin and flat floss to pass through.

If someone really feels that the gaps between their teeth are getting wider, then they need to check whether the flossing is done correctly and whether the gums have been injured. One should seek medical attention and check for gum recession.

A study published in 2019 in the Journal of Exposure Science & Environmental Epidemiology, which is owned by the authoritative academic journal Nature, showed that flossing may lead to increased levels of perfluoroalkyls substances (PFAS) in the body.

PFAS are a type of synthetic chemicals, which are oil- and water-resistant. Therefore, they have been widely used in household and industrial products, such as dental floss, non-stick pans, food wrappers, carpets, furniture, and textiles.

PFAS do not decompose easily and have high bioaccumulation and persistence. They can maintain their structures in the human body and remain for a very long period of time. They have been detected in water and soil, as well as in the bodies of nearly all Americans.

PFOA has been classified by the International Agency for Research on Cancer (IARC) as a Group 2B agent, which is possibly carcinogenic to humans. Several studies have found that exposure to PFOA and PFOS may have different effects on the human body. Adults are at increased risk for kidney and testicular cancer, ulcerative colitis, and thyroid disease; and PFOA is also associated with lowered sex and growth hormones in children.

Therefore, when the aforementioned study pointed out that flossing might lead to an increase in PFAS in the body, it aroused concerns.

Researchers conducted a questionnaire survey of 178 middle-aged women, whose blood samples were also taken. The results showed that the women, who regularly flossed with Oral-B Glide floss, had a 24.9 percent higher PFHxS level in their blood than those who did not floss with this product.

The same study also found that six of the 18 floss products contained fluoride. The researchers believed that floss found to contain fluoride, was more likely to also contain Teflon.

However, the researchers also pointed out that more data are needed to verify this finding, such as, whether or not it’s possible for the PFAS in floss to be transferred into saliva.

So what should people who are using or have used Teflon floss do?

Regarding this, Dr. Wang Weimu, director of the International Medical Department at Yue Ting Dental Medical Group, said that there is no direct evidence in known studies that PFAS would be released from floss containing Teflon, and there is no proof that PFAS from floss would be transferred into the human body. Therefore, even if you are currently using Teflon floss, there is no cause for alarm.

Of course, those who are still concerned about this can also choose to use floss products that do not contain PFAS.

Floss is waxed to make it even smoother. Dr. Wang pointed out that both are effective in cleansing teeth.

Waxed floss is suitable for beginners or people with tight gaps between teeth, because its smooth surface can allow it to easily slide through the gaps; and unwaxed floss spreads out over a larger area when being pulled upwards, which is more effective for people with relatively large dental crevices.

The proper way to cleanse our mouth is to floss first and then brush the teeth. A 2018 study published in the Journal of Periodontology found that flossing followed by brushing was more effective at removing plaque than brushing followed by flossing.

It’s important to keep our teeth clean. Consuming fewer sweets, carbonated beverages, and foods that stick to our teeth can also help with our oral health.