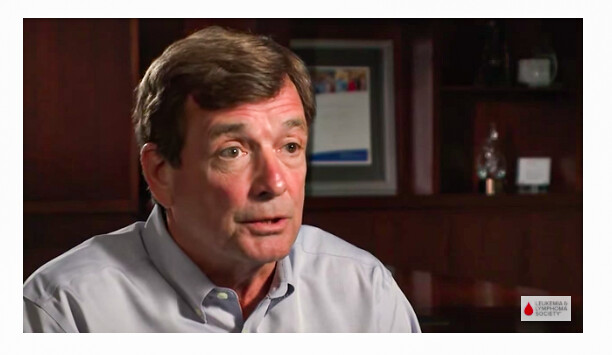 Screenshot of Doug Olson, one of the first leukemia patient to receive the experimental CAR T-cell therapy. (car-tcr-summit.com/screenshot by The Epoch Times)
News & Discoveries

Researchers of a new study say that two patients with leukemia continued to be in remission a decade after they were first infused with the experimental CAR T-cell therapy that turned their immune cells into cancer-killing cells.

In 2010, Doug Olson and Bill Ludwig, participated in an experimental phase 1 clinical trial of the immunotherapy, after their cancer had mutated and no longer responded to the standard treatments. Both were battling chronic lymphocytic leukemia (CLL), a type of blood and bone marrow cancer. Olsen was diagnosed in 1996 and Lugwig in 2000.

Dr. Carl H. June, a senior author, and director of the Center for Cellular Immunotherapies at the University of Pennsylvania says Olsen is basically cured.

“We can say it was a cure for Doug, because these are the most mature and oldest results available reported in scientific literature. … Ten years on, no leukemia cells, and we still have CAR-T cells that are on patrol and surveillance from leukemia,” June told STAT.

Both men “achieved complete remission” that same year after receiving the treatment, and remain in remission, according to a news release from Penn Medicine. Ludwig, a retired corrections officer, however, passed away from COVID-19 complications in early 2021. Olson, in his 70s, keeps active with distance running and fundraising for the Leukemia and Lymphoma Society.

“This long-term remission is remarkable, and witnessing patients living cancer-free is a testament to the tremendous potency of this ‘living drug’ that works effectively against cancer cells,” said J. Joseph Melenhorst, an author of the study and a research professor of Pathology and Laboratory Medicine at Penn.

“CAR T cell therapy has been extremely effective for specific leukemias and lymphomas, and we look forward to continuing our efforts in these cancers, while also looking at their impact on solid tumors with research in this area to see more development in the coming years,” said Dr. David Porter, director of Cell therapy and Transplantation at Penn and the Jodi Fisher Horowitz Professor in Leukemia Care Excellence.

The researchers said that the CAR T-cells in both participants are the longest persisting ones in any patient, allowing them to observe the evolution of the cells over time.

They observed two distinct phases of “CAR T-cell therapy responses, with the initial phase dominated by killer T cells, and long term remission controlled by CD4+ T-cells,” according to the news release. “In the ensuing years, these CD4+ T-cells continued to demonstrate tumor-cell-killing characteristics and ongoing proliferation, which is a hallmark of CAR T cells’ efficacy against cancer: its intense ability to survive and thrive inside the body.”

The study was published in the journal Nature on Feb. 2.

The researchers at Penn collaborated with Novartis and Children’s Hospital of Philadelphia in the research, development, and clinical trial of the immunotherapy, which was eventually approved by the Food and Drug Administration (FDA) in 2017. This was the first gene therapy to be approved in the United States.

The therapy, known as Kymriah, is approved for the treatment of relapsed or refractory B-cell precursor acute lymphoblastic leukemia in patients up to 25 years of age.

Since Kymria’s approval, four other CAR T-cell therapies have also been approved by the FDA to treat myelomas, leukemias, and lymphomas, with the most recent one in March 2021 [pdf].

These immunotherapies are to be used as a last resort when all other standard treatments have failed, as they are expensive—with an “average cost of care for patients receiving CAR-T therapy was more than $700,000”—and can cause severe and fatal adverse effects. And unlike Olson and Ludwig, patients treated with this therapy have experienced a relapse in their cancer.