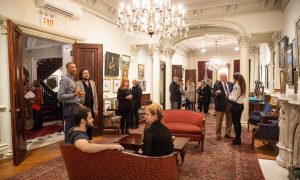 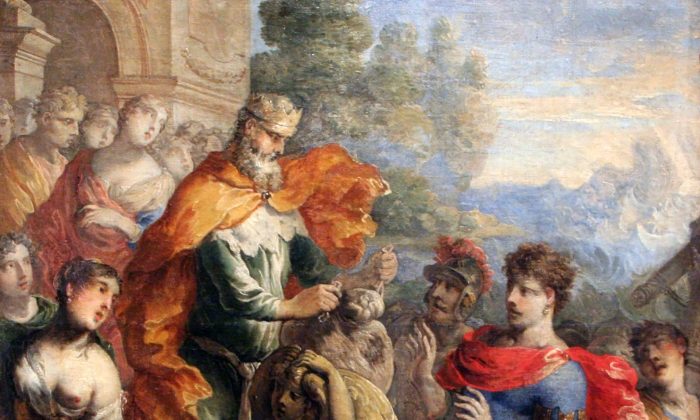 Finding the True Self, Part 4: Navigating Through the Hunger for the Ever-New

Imagine a world of perpetual feasting and drinking, where one was above the ordinary and everyday cares of most human beings, and where one could contemplate and appreciate each new and interesting idea and snippet of information endlessly—a place where, indeed, the powerful winds of great ideas were likely to propel you to success wherever you desired to go. Such is the place called Aeolia, where Odysseus and his crew land next. How different from the land of the Cyclops!

We noticed in Parts 2 and 3 of this series, how Odysseus, in trying to return to Ithaca to be with his wife (a journey to find his own soul), encountered two very different types of personality challenges or disorders: the deadly sin of Sloth, as represented by the Lotus-Eaters, and the deadly sin of Lust (for power), as exemplified by the Cyclops.

These personality types, Eight and Nine on the Enneagram typology, which we discussed in Part 1, have within them a central flaw that requires specific—and differing—actions to overcome.

It should come as no surprise, therefore, that as Odysseus escapes—by the skin of his teeth—from the island of the Cyclops, his next challenge in meeting the Seven personality type is different yet again, and requires even more ingenuity and resourcefulness.

As a reminder, Sevens are joyful, optimistic, and often inspiring people, who seek positive experiences and are always propelling themselves forward to find the next one. But their deadly sin is Gluttony, or excess, and at their worst, they can be irresponsible and shallow.

The Island of Aeolus

From the island of the Cyclops, Odysseus and his crew arrive at the Aeolian island. Aeolus, the king, is “beloved by the gods who never die.” His island, with its with huge ramparts of “indestructible bronze” on sheer rock cliffs shooting up from sea to sky, is a “great floating island.” Its location, therefore, is not fixed, for it floats wherever its king wishes it to go.

Still, it is mightily impressive and seemingly indestructible. It can maneuver itself because the king has been given control of all the winds by Zeus himself.

Aeolus had six sons and six daughters, and the daughters were married to his sons, and they, along with he and his wife, feasted continually: “All day long the halls breathe the savor of roasted meats,” and there is the sound of the “low moan of blowing pipes.”

Indeed, the world of the Seven is a kind of perpetual paradise with a harmony and completeness totally unlike the Cyclops’s island.

Additionally, unlike the Cyclopes who are isolated and hostile, Aeolus is curious, generous, and open. He cannot wait to entertain Odysseus, to hear his tale, and to help him.

What could be wrong with all this? Why is this a problem, and how does it adversely affect Odysseus? First, we might be slightly taken aback by the incestuous nature of the six sons marrying the six daughters: an incest that suggests a closed system, which does not allow for any outsider to truly interfere or disturb their reveling.

Also, we might reflect that after Odysseus escapes from the Cyclops, the monster prays to his father, the sea god Poseidon. The prayer puts our hero at odds with the element of water, or in some way the subconscious and its emotions with all their turbulence that Odysseus has to overcome—indeed, that each of us has to overcome in our own lives.

But now, Odysseus meets the wind—the element of air, completely different from water. Air invariably represents the mind, the intellect, and whereas that would appeal to Odysseus, the thinking man of many stratagems, it is (unlike water, which is fixed in its deep subconscious places) fluid, variable, and ultimately rootless.

The mind, reason itself, cannot establish itself: It is an act of faith that reason is reasonable! Hence, the floating, rootless island, shifting as the winds shift.

A Glutton for New Ideas and Experiences

The deadly sin of the Seven type is Gluttony. We see it in the perpetual feasting, but we need to understand this feasting metaphorically, as well as literally: It is a gluttony for experiences, for ideas, for visions of an ideal future that are paradisal and endless in nature.

In brief, the Seven is the eternal optimist: the light, witty, sophisticated intellectual who simply loves, nay, who devours each new idea, new experience, and has a solution for everything. Sound familiar in today’s high-tech world?

And Aeolus, who with his people “feasts on forever,” likes Odysseus. He hosts him for a whole month, and then when Odysseus is about to leave, he gives him a gift—the solution to Odysseus’s problem—a magic sack (the technology?), which contains all the howling winds of the world in it.

Withholding just the West wind, Aeolus gives Odysseus the power to not get blown off course and, so, to have an easy route home.

But it seems to work. It takes only nine days of sailing to nearly complete their journey. And note that number nine: Odysseus has seemingly completed the whole Enneagram typology of nine types, but without having actually experienced what six of them actually are. It’s a shortcut, in other words.

So on the 10th day, going beyond the nine types into a possible new state of being, the crew seems to have got there; they can see Ithaca, and they can even see “men tending fires.” The soul is virtually home and dry.

Interestingly, the element of wind has aided them in getting so far, but now specks of fire appear. Fire often represents a new being coming into existence, as in the Phoenix rising from the burning ashes. The Greek Heraclitus imagined the cosmos as being mainly composed of a “fiery ether” and that the soul too was similarly constituted.

Odysseus is so close to being rejoined with his wife, Penelope, his true soul, and thus becoming integrated, and a “new” man. So close.

Odysseus as a Seven

But, Odysseus is also tired; he has worked amazingly hard. He falls asleep. Tiredness is the reason given for his sleep, or perhaps more accurately, complete exhaustion. But part of this weariness is not just from the exertions he has made, but also from the fact that there was “no letup, never trusting the ropes to any other mate.”

This is a form of workaholism. Odysseus, in following the advice of Aeolus, has taken on the Seven’s characteristics—the bad ones. The mind drives the body, but the emotions are no longer in sync; it’s a sure-fire sign of imminent disintegration. This is really a Seven at the end of his tether: He has relied on big ideas and his own resourcefulness to the exclusion of all else and all others, and this proves his undoing.

The mind can only take us so far, for if the emotional springs from which we derive our energy are depleted, we are doomed to fail.

And so, as he sleeps, gluttony reasserts itself. His men, or crew “members,” get to thinking that Odysseus is withholding treasure from them in the magic sack that controls—holds back—the adverse winds. As soon as they open it—whoosh!—a violent storm breaks out, which drives them all the way back to Aeolia. They have achieved nothing, in other words.

Odysseus must then go back, cap in hand, to Aeolus to ask for his help a second time. However, this time Aeolus is no longer the warm and welcoming friend. On the contrary, he thinks Odysseus is cursed by the gods and demands that he leave.

This reaction is classic Seven behavior: Aeolus has moved on; consistency of approach or attitude is of no concern to him. Like the winds themselves, he blows the way he wants at any given moment.

Yes, Sevens can provide a vision of the way home, and it can be very compelling, but the practicalities are not so important to them, and by the time things have worked out badly, Sevens have moved on to the next thing. (Sound like the careers of certain visionary entrepreneurs and corporate leaders? Well, there are a lot of them out there!)

Thus, Odysseus is forced to leave Aeolia with nothing, and all he has for his labor is the initial excitement and feasting,” and then mere empty wind. The Seven’s eternal optimism and intellectual visions easily prove a trap for the unwary, and even for the man of many stratagems, Odysseus himself.

This personality’s challenge, then, is not so overtly threatening as encountering an Eight, and it requires not so much a decisive act of will (as with the Lotus-Eaters), but rather an ability to see beyond appearances, and a reluctance to overcommit to bright ideas that promise a shortcut.

Sevens are ideas people, and following their exact advice might get one permanently lost in an ocean of effort that ends up nowhere. Ask before investing in a Seven’s idea: What are the possible downsides?

Odysseus leaves Aeolia. “Six whole days we rowed, six nights, nonstop. On the seventh day we raised the Laestrygonian land.” After six days, they reach the Six personality type—the topic of Part 5 in this series. It proves to be, perhaps, even more terrifying than encountering the Cyclops.

James Sale is a poet and businessman whose company, Motivational Maps Ltd., operates in 14 countries. James will be appearing in New York to do talks and poetry readings for The Society of Classical Poets on June 17, 2019, at Bryant Park and The Princeton Club. To meet James and for more information, go to http://bit.ly/Poetry_and_Culture