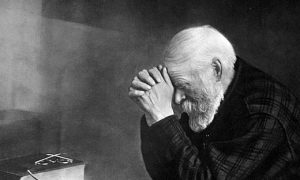 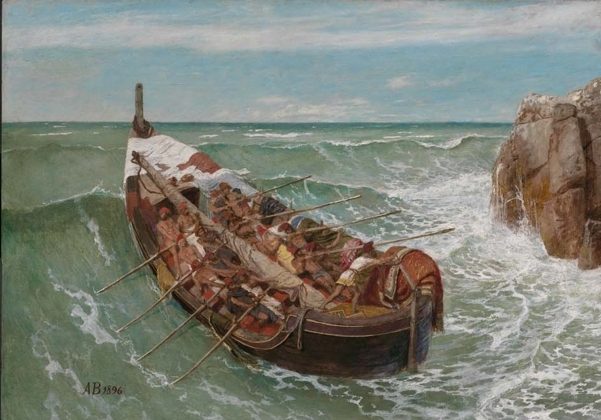 After the Trojan War, it took Odysseus 10 years to get home. Each of the adventures on his journey required that he master an aspect of his own character. A detail from “Odysseus und Polyphemus,” 1896, Arnold Böcklin. (Public Domain)
Literature

An ancient personality tool, the enneagram
By James Sale

The “Odyssey” is the most famous homecoming story in Western literature and mythology. It is justly famous because it is a work that one can truly say is divinely inspired: In its opening few lines, Homer invokes the Muse, whom he calls the “daughter of Zeus,” the king of the gods, as the inspiration for the poem.

There is so much in the “Odyssey” to provoke the imagination and to touch the heart. For example, this isn’t just a story about a man finding his way home to his wife and son, but the journey of mankind in search of our own souls. In other words, this is not just some physical adventure, but a deeply psychic, symbolic, and spiritual one too.

Indeed, it is quite early on in the tale when Polyphemus, the Cyclops, calls on his father, the Sea God, Poseidon, to avenge his blindness, and Poseidon hears his son. Thus, it is that the very depths of the sea, symbolizing our raging emotions and deep subconscious, are pitted against Odysseus. He must contend with them if he is ever to get home and become himself; for home is where we are our selves. Only at home can we relax.

What Is the Enneagram?

What is surprising, perhaps, is the discovery that the “Odyssey” is not just a story but also a heuristic, personality tool! The Enneagram (from the Greek, meaning nine points) is, among other things, a personality-typing device or symbol.

It came to recent prominence in California in the 1950s. There is some dispute among experts as to the exact origins of the Enneagram, but according to Judith Searle in her book “The Literary Enneagram,” the Enneagram was known as early as 2500 B.C. in Babylon or the Middle East, and that its symbol was familiar to the Greek mathematician and philosopher Pythagoras (circa 582–507 B.C.). So this easily means that Homer could have been familiar with the Enneagram and incorporated it into his masterwork.

To take a more contemporary tool, the Myers-Briggs might be considered a rival of the Enneagram. But the Enneagram seems sourced with wisdom from a much deeper level in the human psyche. And once it surfaced in California, there was an explosion of books and literature on the topic, and Enneagram studies became mainstream and popular around the world.

What, then, is the Enneagram? At the risk of oversimplifying, the Enneagram is a personality tool that classifies all people into one of nine types. Although there are only nine, there is massive complexity within and across the types.

Before considering how this works in the “Odyssey,” let’s consider what these types are that each one of us corresponds to.

The Nine Types of People

Each of us is one number that has a specific self-image and positive motivation, and each has one “deadly” sin that tends to be his or her Achilles’ heel, and which must be overcome to reach one’s full potential.

It is important to understand that one can only be one number, and this doesn’t change over one’s lifetime. However, that said, the numbers are fluid as the Enneagram symbol suggests. Adjacent numbers (called “wings”) may impact one’s primary number, and there are other ways in which numbers interact with each other.

If we go around in order from One to Nine and describe each’s essential characteristics, it may be possible to identify what one’s Enneagram number is. Usually, most people identify with two or three numbers, and then it’s a question of getting feedback to narrow the options down. I like the oral tradition of ascertaining where one is by careful sifting of the qualities of each number.

Starting Clockwise, With Ones

Number Ones believe “I am right” and have a basic desire to do good and so tend to be idealistic. Their deadly sin, often repressed, is anger. Because Ones are perfectionists, and so reformers, their anger is repressed for they know that if they were perfect, they wouldn’t experience it!

At their best, Ones are good people wanting to improve the world. Of course, at their worst, they are self-righteous, arrogant, and highly judgmental of others.

The number Twos’ self-image is “I help,” and their basic desire is to feel love and to be a loving person, but their deadly sin, again often hidden even from themselves, is pride. This is surprising but arises because in their desire to help others, they often develop a sense of superiority over those they help: But for my help, what a mess so-and-so would be in.

Furthermore, while wishing to help others, they can deny that they need help themselves. This can, perversely, create exactly the opposite effect of the love that Twos intend.

At their best, Twos are generous helpers, loving, and openhearted friends; at their worst, they are flatterers, martyrs, and manipulators.

Number Threes’ self-image is “I am successful,” and their basic desire is to be valuable, or an effective person, but their deadly sin is deceit, and often they fool themselves about their true motives. This is because image is vitally important to Threes. So as they sculpt their own images to appear successful, they can easily end up believing their own hype!

Some writers on the Enneagram think that whole countries can be characterized by a dominant number: Threes’ quest for success is often considered typically American.

At their best, they are motivating, goal-orientated achievers; at their worst, they are workaholics, and as Michael Goldberg says in his wonderful book “The 9 Ways of Working,” “soulless hustlers.”

Who Wants to Be Different?

Fours see themselves as “I am different,” and their desire is to be unique or original people. Their deadly sin is envy because they can’t help but look on others and compare themselves, and feel they come up short. Hence, they focus on authenticity and originality as a way of compensating for comparative deficiencies. Fours are often considered artistic types.

At their best, Fours are sensitive, aesthetic, and profound; at their worst, they tend to be depressive, self-absorbed, and spiteful.

Fives’ self-image is “I see through,” and their basic desire is to master, as in becoming a wise person. But their deadly sin is avarice: There is never enough knowledge, so they tend to hoard it. They have a fear of not knowing enough. If the Americans are generally expansive Threes, the Brits are sometimes considered introverted Fives. At their best, Fives are perceptive, objective, and wise; at their worst, they are cold, pedantic, and distant loners.

The Sixes’ self-image is “I do my duty,” and my basic desire is to be supportive and supported, and to be perceived as a loyal person. If Fives tend to be loners, then Sixes tend to be social and team workers. Their deadly sin is fear, especially of not being supported, or of being betrayed, which can create massive anxiety for them.

At their best, Sixes are committed, loyal, self-sacrificing team players; at their worst, they are suspicious, paranoid, and centers of deep negativity.

Sevens see themselves as “I am happy”; to be satisfied is their desire, and to be a joyful, optimistic person. But their deadly sin is gluttony, or excess. They seemingly cannot get enough positive experiences and are always propelling themselves forward to find the next one. Because of their quest for excess, important things often never get completed, as they move to the next thing.

At their best, Sevens are innovative, inspirational, and big-picture people; at their worst, they are irresponsible, shallow, and underachievers.

Here’s the Boss, at Eight

Eights perceive themselves as “I am strong,” and their basic motivation is to protect themselves and to be a powerful person. Their deadly sin is lust, not just in a sexual sense but also as in a desire or lust for power. They want to know who’s in control, and they want it to be them! Being weak is what they must avoid.

At their best, Eights are high-energy, take-charge, and responsible individuals; at their worst, they are confrontational, reckless, and vindictive.

Finally, Nines see themselves as “I am content.” They wish to experience wholeness and be a peaceful person, but their deadly sin is sloth, or what the ancients called acedia—the inability to take effective action. Part of this inactivity is due to their ability to see both sides of a position, and so to fail to choose either.

At their best, Nines are empathetic, reliable, and harmonious; at their worst, they are apathetic, listless, and stubborn.

Having read an overview, you might consider what number you think most represents your personality. And while you are thinking about it, our Part 2 of this series will begin to explore how these are revealed in Homer’s “Odyssey.”