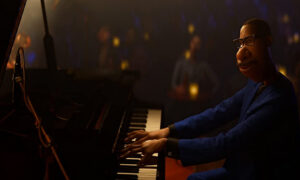 “Wonder Woman” (2017) was one of the best superhero films ever made. It was idealistic, classy, aesthetically pleasing, and romantic, and should have kicked off a fabulous franchise. Unfortunately, “Wonder Woman 1984,” also directed by Patty Jenkins, is a major letdown. Hollywood should have immediately expunged it from the record and gone back to the drawing board.

Why the year 1984? In a quote from Cinemablend, director Jenkins explains: “Why 1984? We wanted to bring Diana into the modern world, but the ’80s is a period that Wonder Woman is quite synonymous with. So it was great to see her there, but most importantly, it’s sort of the height of Western civilization and the success of the world that we all live in, in the aftermath of now. So I was curious to collide our Wonder Woman into the height of our current modern belief system, and what kind of villains come out of that, and see what happens. So it all came quite naturally.”

This time around, Diana Prince, the Amazon princess, aka Wonder Woman (Gal Gadot), deals exclusively (well, aside from a few anonymous good deeds like drop kicking a would-be park rapist) with two villains.

Mainly she goes up against the greedy, megalomaniacal tycoon Maxwell Lord (Pedro Pascal), who gets hold of a magical museum rock that’s just like Aladdin’s lamp and grants wishes.

Lord wishes to become the rock! It happens! He is The Rock! No, not that Rock. But he’s now a wish-granting geode in human form! Then, he sneakily gets people to wish for things that he wishes for, and in so doing, eventually creates a giant, global mess of granted instant gratification neediness, calling to mind the Bob Dylan verse, “Just then, the whole kitchen, exploded from boiling fat, food was flying everywhere, I left without my hat.”

Wonder Woman’s other nemesis is the museum’s archaeologist and geologist Barbara Minerva, a nerd turned apex predator called Cheetah (Kristen Wiig) who, suffering from low self-esteem, allows aforesaid Mr. Lord to seduce her into giving him that special museum rock. But she has a wish too! She’d rather be less nerdy! And so she turns into a seriously bad CGI human cheetah with tufts of cheetah hair and bad makeup who, to steal a popular sentiment that was going around, looks like somebody from the dreadful movie “Cats” got confused and wandered onto the wrong movie set.

Diana the Amazon multitasks dealing with all that while also suddenly having her old boyfriend, World War I pilot Steve Trevor (Chris Pine) return from the dead. He incarnates into the body of another man. How’s that work anyway, like, “Hey guy, mind if I take that bod for a spin? I need to talk to my ex.”

Whatever. It’s not the film’s weakest point, but the fact that Steve and his superhero girlfriend are OK with this setup is mildly disturbing throughout the film. It does allow Chris Pine to switch roles with Gadot, giving him a chance to play fish out of water and be amazed at modern-day jets, elevators, and parachute pants. Also, having it explained to him that everything in a modern art gallery is art, he hilariously mistakes an actual trash can as art.

The film opens with a sort of Amazon Olympics set in the fabled Amazon land of Themyscira, where the young girl Diana (Lilly Aspell), half the height of her strapping women competitors, rides horses, shoots bows and arrows, jumps around on a brass jungle gym obstacle course—and nearly wins. Except she cheats and gets a good-cop, bad-cop lesson in being truthful and fair from her über-Amazon aunt (Robin Wright) and her queen-of-the-Amazons mother (Connie Nielsen).

The other good stuff is mostly just Gadot, a drop-dead beauty with comedic chops, who was a serious whip-cracking box-office slam in the original WW movie, and who again just looks and acts so perfectly Wonder Woman-y, one can almost forgive the rest of the nonsense. She, in the same way Tommy Lee Jones was born to play U.S. Marshal Sam Gerard in “The Fugitive” and John Travolta was born to play Tony Manero in “Saturday Night Fever,” is perfect.

I already said all of it. Actually, one of the things that made the first WW movie work so well was its comedic-fruit-bearing premise: Diana ended up as a fish out of water in old-school patriarchal Europe after growing up on a powerfully matriarchal Amazonian island. And the 1918 couture, architecture, and cultural demeanor was suited to Gadot’s classic looks and therefore more aesthetically pleasing.

While I appreciated that the main reason of the 1984 setting was to teach about that particular 1980s zeitgeist—rampant materialism and having it all—eventually “Wonder Woman 1994” one the impression that returning director Jenkins said all that she had to say on the WW topic in the original.